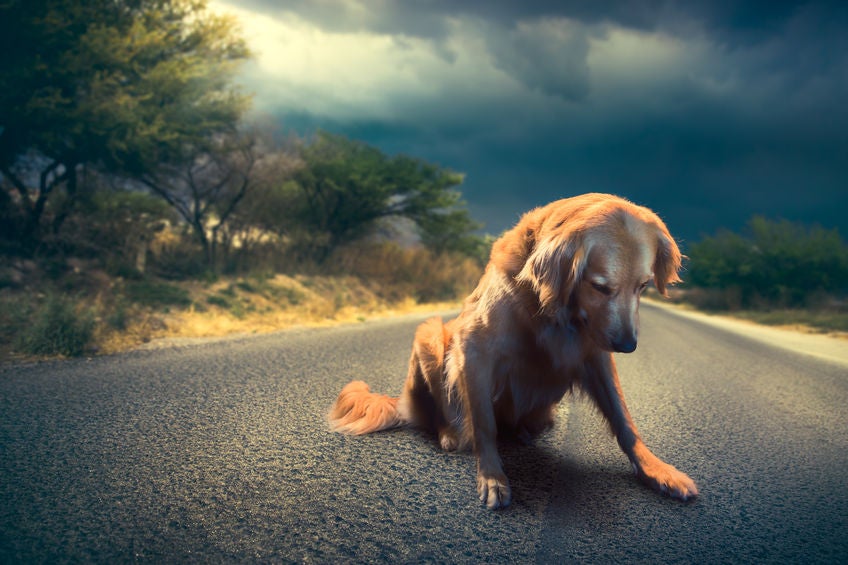 A Chinese man alarmed fellow motorists after they found him dragging a small dog, tied behind his scooter, as he drove along a busy road.

Motorists spotted the man riding a scooter in Shantou city, Guangdong province; this was when they started recording a video. He had been casually driving through the street, appearing unconcerned that a dog was tied to his scooter and being dragged along.

The footage showed a couple riding another scooter, then driving up beside the man. They tried to call his attention about the dog being dragged behind his vehicle. The man merely glanced at the back and kept on driving.

A bystander eventually got the man to stop and purchased the dog just to end the abused animal’s suffering.

The man did not disclose why he dragged the dog behind his scooter. Jason Baker, vice-president of People for the Ethical Treatment of Animals (PETA) said in the report, “Animal abusers take their issues out on vulnerable victims, but often, their targets aren’t limited to animals.”

The Chinese man’s identity has yet to be determined by PETA.

China currently has no law which protects animal welfare or prevents cruelty, the report stated. However, New York-based organization Human Rights in China created a draft for such a law in 2010. The draft suggested a fine of up to 6,000 yuan (about P49,500), and two weeks’ detention for those found guilty of animal cruelty.