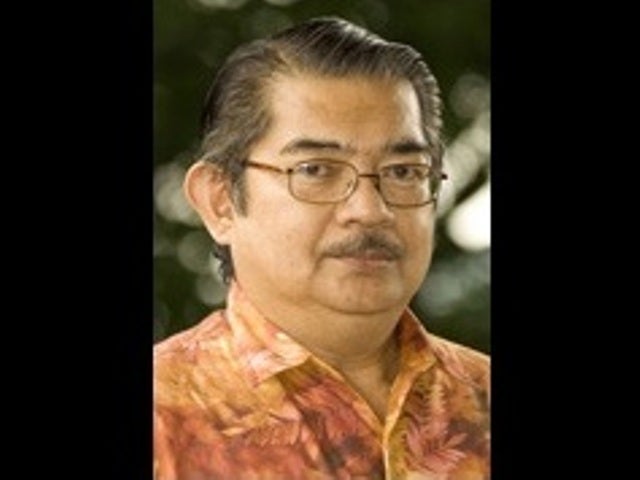 Perhaps the most prolific Filipino writer of all time, Ed Maranan died May 8 after battling kidney problems. He was 71.

Maranan is best known for his prodigious output as a writer, having written over 30 books of poetry, fiction, children’s stories, drama and translations.

He has won a record 33 Carlos Palanca Memorial Awards for Literature, having been inducted into the Palanca Hall of Fame in 2000 after winning his fifth first prize, this time for Poetry in English for “Tabon and Other Poems.”

Writing in both English and Filipino, he has also won Philippines Free Press Literary Awards as well as Philippine Board on Books for Young People-Salanga Writer’s Prize, among many other prizes. He’s even gotten two screenplays turned into feature films.

“It’s 90 percent of my life,” he told the Inquirer in 2012 about his writing habits. “There’s no other thing. I’m not into business.” His was a life drawn increasing and continually to the written word.

Edgardo Barca Maranan was born Nov. 7, 1946 in the barrio of Cupang in Bauan, Batangas, the eldest of eight children.

The Maranans moved shortly to Baguio, where Maranan grew up. Reading komiks at a first-grader at St. Louis College, he became addicted to words and began writing.

His father dreamt of Maranan becoming a diplomat and pre-enrolled Maranan in BA Foreign Service at the University of the Philippines Diliman.

Maranan earned his degree in 1967 and returned to Baguio to work in the Maranans’ woodcarving business.

He had begun an productive career as a writer in college and would never stop. He won the first of his 33 Palanca Awards (for short story in Filipino) in 1971. He attended the prestigious University of Iowa International workshop in 1985.

Maranan began teaching Political Science at UP Diliman in 1969, then joining the activist underground after martial law was declared in 1972. Maranan was arrested in 1976 and then spent two years in detention as a political prisoner.

His father’s dream actually came true when Maranan worked as foreign information officer at the Philippine Embassy in London from 1993 to 2006.

Upon returning to the Philippines, he began writing more and winning even more prizes.

As a writer, Maranan said he was able to write so much because he claimed he did not watch TV shows at all. He wrote every day in a small notebook he carried around, which he would later input into his cell phone.

Late in his life, Maranan said he wanted to write more than ever.

“I think I have more time and there is that sense of desperation,” he says. “I have various ailments, a lot of growing old pains. So this sense of mortality is kicking in, so my God, I have to produce in the time I have left.”

Maranan was very much at peace with a reputation for being prolific but had always believed there was more he could do: “It doesn’t really grab me. Prolific only means I’ve been writing a lot, but it doesn’t mean that I am changing the world or moving people. I’d rather be a very effective one-book writer than a prolific writer. You write one ‘Noli’ and one ‘Fili’ and you are a hero forever. Someday I’d probably be known as someone prolific and influential. I’d rather be influential than prolific. I don’t feel I’m influential yet.”

It is a formidable reputation and devotion he took with him to the very end.

“I would say writing is my life. It’s not an addiction; it’s a necessity,” he said.

Maranan’s wake was at the Parish of the Holy Sacrifice at UP Diliman until May 9. He was cremated and then brought to Baguio.