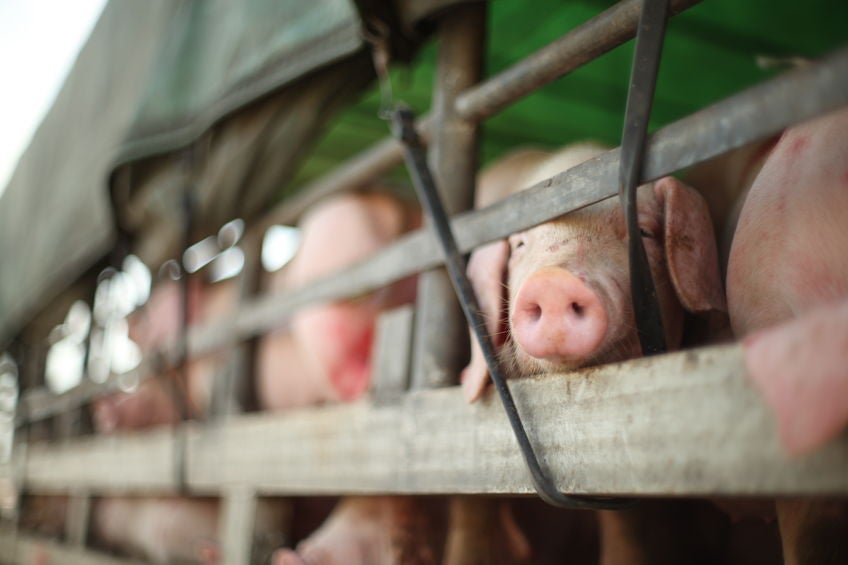 A Chinese truck driver surprised motorists when he pulled over to a highway emergency lane and started butchering a pig “for being naughty.”

The unnamed truck driver had been transporting pigs to a slaughterhouse in Zhucheng, Shandong province from the city of Laiwu, China on May 10. During the drive, one of the pigs became restless. The pig then started causing trouble with the other animals and a fight broke out, according to a report by Qilu Evening News via South China Morning Post.

The driver told police officers he was worried that the restless pig would injure the other animals. An injured pig could get him less profit when he sells them at the slaughterhouse. He decided to kill the restless pig on the roadside rather than risk the condition of the rest of his cargo.

Passing motorists got bothered by the pig’s squealing, blood and exposed internal organs. This led to calls of complaint to the police.

Authorities arrived at the scene just as the truck driver was gutting the by-then dead pig. The driver explained the situation to the police.

The driver surprisingly got off the hook and simply received a caution, the report said. The police also ordered him to clean up the mess he made before he was allowed to leave. Alfred Bayle/JB