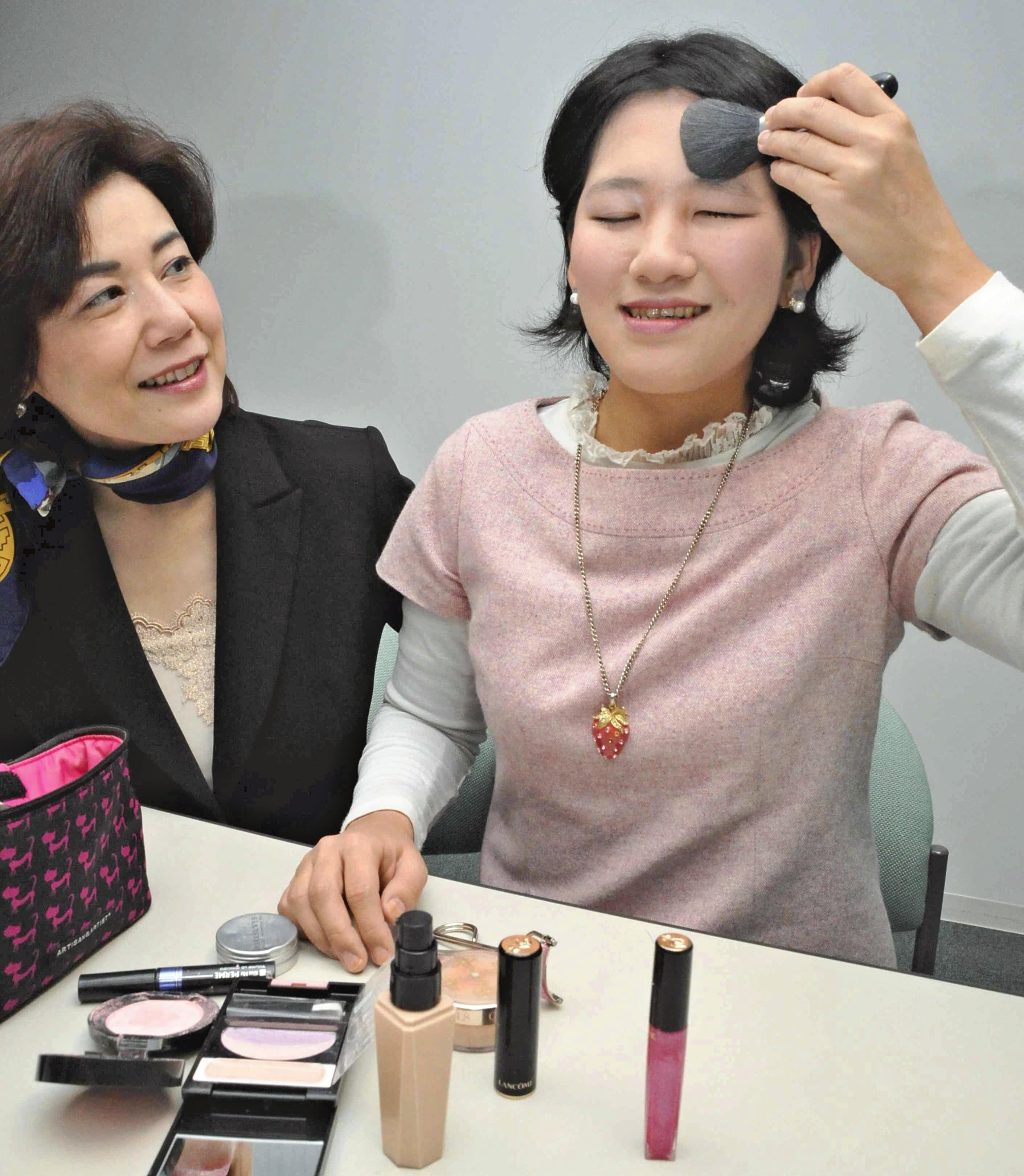 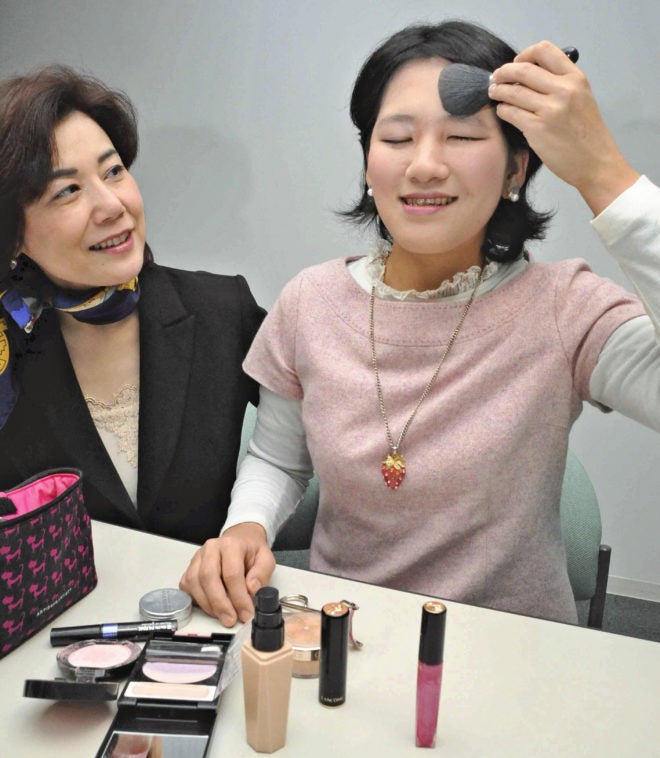 A makeup method dubbed “blind makeup” for visually impaired women is attracting attention as a way to care for their mental health, with women who receive the training finding it boosts their sense of confidence.

The method was devised by Kaho Oishi, a 52-year-old research fellow of Nihon Fukushi University in Aichi Prefecture, who lives in Osaka. Oishi established a private organization called Caremake Association and a certification system for trainers who teach the makeup method. In January this year, 10 people — mainly volunteers who support visually impaired people — were certified as trainers. The organization also aims to popularize the method overseas.

To this end, an event is planned in China this autumn. According to research by the Health, Labor and Welfare Ministry, there were about 340,000 visually handicapped people across Japan as of the end of fiscal 2016. In many cases, women with visual impairments are hesitant about going out because they cannot do their makeup well.

Oishi, whose area of expertise is the welfare of the handicapped, therefore devised the makeup method in 2010. A visually impaired woman applying powder-based foundation with a brush will use her right hand to apply the foundation on the right side of her face, and her left hand for the left side of her face. The makeup is applied symmetrically, moving the brush down the face — from the forehead, to the corner of each eye, to the cheek, and so on — in outward strokes.

When the woman uses lipstick, she first puts the color on the tips of the little fingers of both hands, and then applies it to her lips. Starting in the center of the upper lip, the color is applied outward to the right and left, then from the corners of the lips around to the center of the lower lip. To acquire these skills, 10 to 20 hours of training is necessary.

Caremake Association was established in 2016 and is based in Osaka. Through the association, Oishi has instructed about 200 visually handicapped women in the method across the nation, including in Tokyo and Aichi Prefecture. The association also created a certification for trainers and has given practical training sessions.

Sakura Ophthalmologic Clinic in Shizuoka introduced the makeup method in 2016 for women who were not born blind. Four staff members of the clinic obtained the certification. Clinic head Atsuko Matsuhisa, 62, said, “After receiving instructions on the makeup method, people’s facial expressions became so bright that they looked like different people.”

One blind woman in Osaka went to Tokyo alone for the first time in her life after being instructed on the makeup method by Oishi. She went to declare her love to a man, and the couple decided to marry. In February, nine blind women, including the Osaka woman, formed a volunteer team to popularize the makeup method overseas, because there are few such initiatives abroad. The team will hold an event in China on Oct. 10, where they will demonstrate how to apply makeup using the blind method and talk about their experiences.