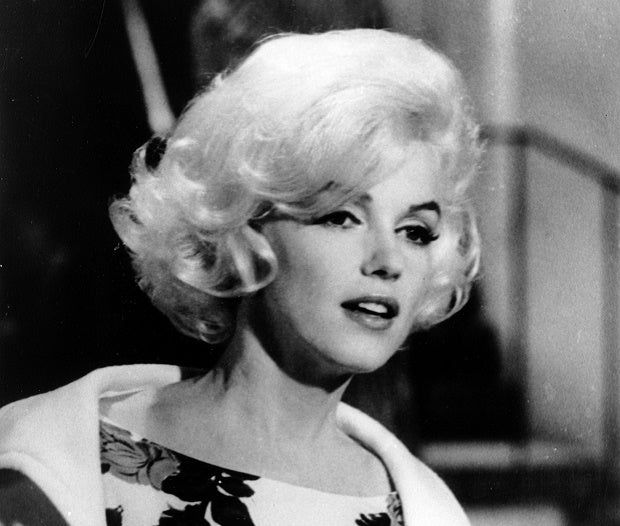 FILE - This April 1962 file photo shows actress Marilyn Monroe on the set of her last movie, "Something's Got To Give," in Los Angeles. The city of Los Angeles trampled state and local laws when it approved demolition of a home where Monroe briefly lived to make way for a condominium project, a lawsuit charges. The Los Angeles Times reported Monday, Oct. 5, 2015, the house where the actress lived for one year was torn down days before a hearing on whether to consider making it a historic monument. (AP Photo, File)

SPRINGFIELD, Illinois — The foundation that supports the Abraham Lincoln Presidential Library and Museum in Springfield, Illinois, is selling a black dress once owned by movie star Marilyn Monroe to raise funds to repay a loan used to buy artifacts relating to the 16th president and keep the presidential relics available for public viewing.

The Abraham Lincoln Presidential Library Foundation is putting nine items up for auction in Las Vegas June 23, including photos of the 1950s movie icon by photographer Arnold Newman, The Chicago Tribune reported. The wool dress could sell for more than $60,000, according to Julien’s Auctions.

“Getting (Monroe) items is becoming more and more difficult,” said Darren Julien, president and CEO of the auction house. “The supply’s less and less, but demand’s more and more because you have people in Asia and Russia and all over the world that are collecting pop culture — especially Marilyn Monroe.”

Foundation officials hope proceeds from the auction will allow the foundation to avoid selling presidential memorabilia.

The foundation owes about $10 million on a 2007 loan it used to buy items purportedly belonging to Lincoln, including a stovepipe hat, bloodstained gloves he wore the night he was assassinated and an 1824 book with his handwriting.

The foundation paid $25 million and borrowed $23 million. The foundation raised private money to cut down on the debt, but the note is due in October 2019.

The Monroe items were sent to the auction house in November, she said.

Foundation officials have been in talks with Illinois Gov. Bruce Rauner’s office about securing state money but haven’t received any financial commitments, the foundation said in a news release last week.
A Rauner spokeswoman said officials are reviewing the foundation’s business plan. MKH

Fifty years on, everyone still wants a piece of Marilyn