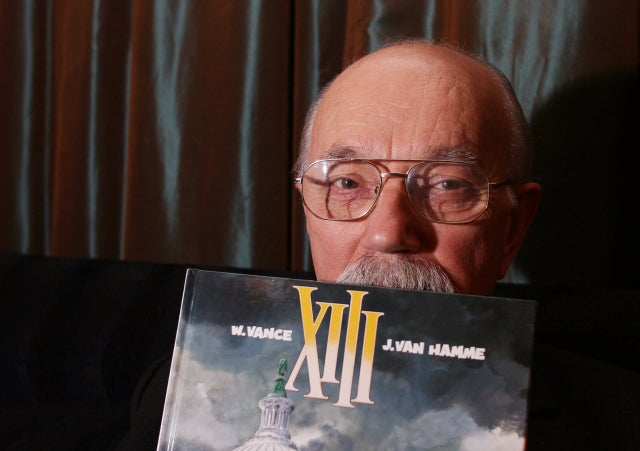 “My friend the artist William Vance died this evening,” Yves Schlirf, editorial director at Dargaud Benelux, tweeted. “I will really miss you my old lion.”

Vance, the pen name of William Van Cutsem, was born in the Brussels region and drew for the Tintin series before striking it big with XIII, a contemporary action adventure series.

Media accounts said the bespectacled and mustachioed Vance was 82 years old and was suffering from Parkinson’s disease.

The Belgian news outlet L’Echo said Vance, who also produced Bob Morane and Bruno Brazil, was “one of the last masters of Belgian comic strips.”

Parkinson’s disease forced him to abandon XIII in 2010 after he created it with scriptwriter Jean Van Ham in 1984, L’Echo said.

He launched his career by drawing for Tintin, translated into English and other languages, in the 1960s. In 1967, he worked with Gerald Forton to sketch Bob Morane.

In 1969, he sketched the adventures of United States secret agent Bruno Brazil. MKH

‘The Adventures of Tintin’ in Metro Manila cinemas