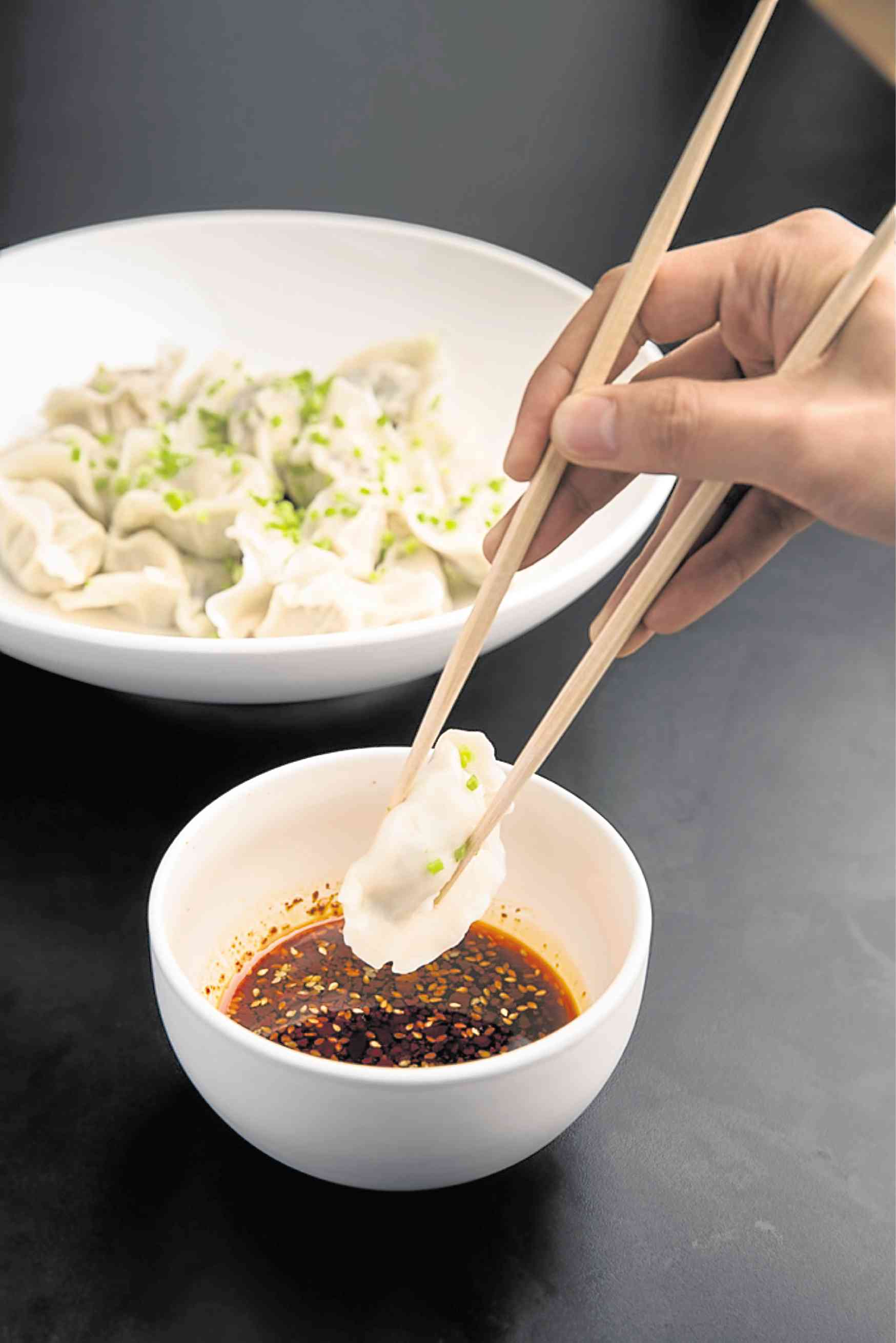 Sundays at my home require special food. Which is why the first day of the week is also market day, when the freshest seafood, whether clams or fish or shrimp, are cooked right after being cleaned. The clams are best as soup, the shrimps simply boiled, and the fish—one kind gets grilled and another made into kinilaw.

And since there is hardly time to grill, marinate or tenderize meat, the Sunday meat dish is bought already cooked, whether pork or chicken barbecue (our favorite is inasal at Bacolod Chicken Parilla on Scout Reyes, Quezon City), lechon by the kilo, or beef or chicken kebabs at outlets in a nearby mall.
The vegetable course is either a salad done just before eating, or a noodle dish—the fastest recipe learned at my Chinese cooking class that involves egg noodles, oyster sauce and mushrooms, canned or fresh.

There are Sundays, however, when a change in routine is needed. A very welcome change was brunch at Hyatt Café in City of Dreams Manila.

“Brunch” can have different meanings depending on where you are. To most Filipinos, it’s just before the mandated lunch hour of noon. But when a friend invited me to brunch in Washington, DC, it was 12 noon—confusing, because it could have been called lunch. But then, it was a Sunday, when lunch morphs into brunch even here.

The Hyatt Café has its buffet every day of the week. But Sundays carry more special items like foie gras, wok-fried lobsters and Spanish Iberico ham. Best of all, it has free-flowing sparkling wine—Charles de Fere to be exact, cool and tingling on the palate. If only for the wine, the assault on your representation budget is worth it.

Buffets, however, don’t encourage enough interaction with your companions. Having to choose your food requires some footwork, and since The Café is an interactive kitchen, you sometimes have to wait for your choice to be grilled, boiled, fried, cut. When the food is ready to be brought to the table, your companions are out choosing and waiting as well.

You console yourself with the thought that everyone will be back at the table come dessert time, when everyone finally relaxes with the last glass of sparkling wine, coffee to keep you awake, or tea to calm your full stomach.

The City of Dreams on Roxas Boulevard, where Hyatt Hotel is located, is in the opposite part of town, a long way from my residence. The distance and the traffic involve a lot of planning just to get to the hotel. Some time ago, there was a free shuttle to get you there, a bus or a van, and you only had to show that you were old enough to gamble at its casino. Alas, that amenity has been discontinued.

It is the food that usually draws me to COD, such as when chef William Mahi was at the Tasting Room creating his dishes, including the memorable 52-degree egg. Then there were the occasional visits of Matsuhisa Nobu, which was something to look forward to because his dishes were lessons in art and the simplicity of flavors.

For a description of that particular regional Chinese cooking, I had to turn to the hefty but excellent “China, the Cookbook” by Kei Lum Chan and Diora Fong Chan (Phaidon, 2016). The husband-and-wife authors wrote that in Northern Chinese cuisine, “wheat is the predominant agricultural crop and noodles and dumplings are mealtime staples.”

Beijing, Hebei, Hunan, Tianjin and Shanxi are included in that culinary region. It was a surprise to learn that more than a million Muslims live in the area, so the preferred meats are lamb and beef; and that boiling and roasting were introduced by the Manchus.

Jing Ting is now known for its hand-pulled noodles. When done that way, the noodles aren’t only fresher, but are also chewier, naturally al dente. The hand-pulling makes for an interesting side show, done by the restaurant’s chef de cuisine, Yang Chen Fei or simply chef Alan.

Quite a great name for a dish and interesting in its presentation was the Genghis Khan Beef Shortribs. The way it looked, as well as its spicy flavor, made it a favorite among the men in my family. Ditto the burger-looking toasted sesame buns with braised pork.

The food at Jing Ting reminded me of Xi’an food, the noodles also hand-pulled and the flavors bracing and spicy. At least I don’t have to go that far—five hours by speed train going south from Beijing—to have a taste of Northern Chinese cuisine. And Jing Ting has long hours, from 10 a.m. to 4 a.m. the following day, which means the prospect of a midnight snack has become more interesting.