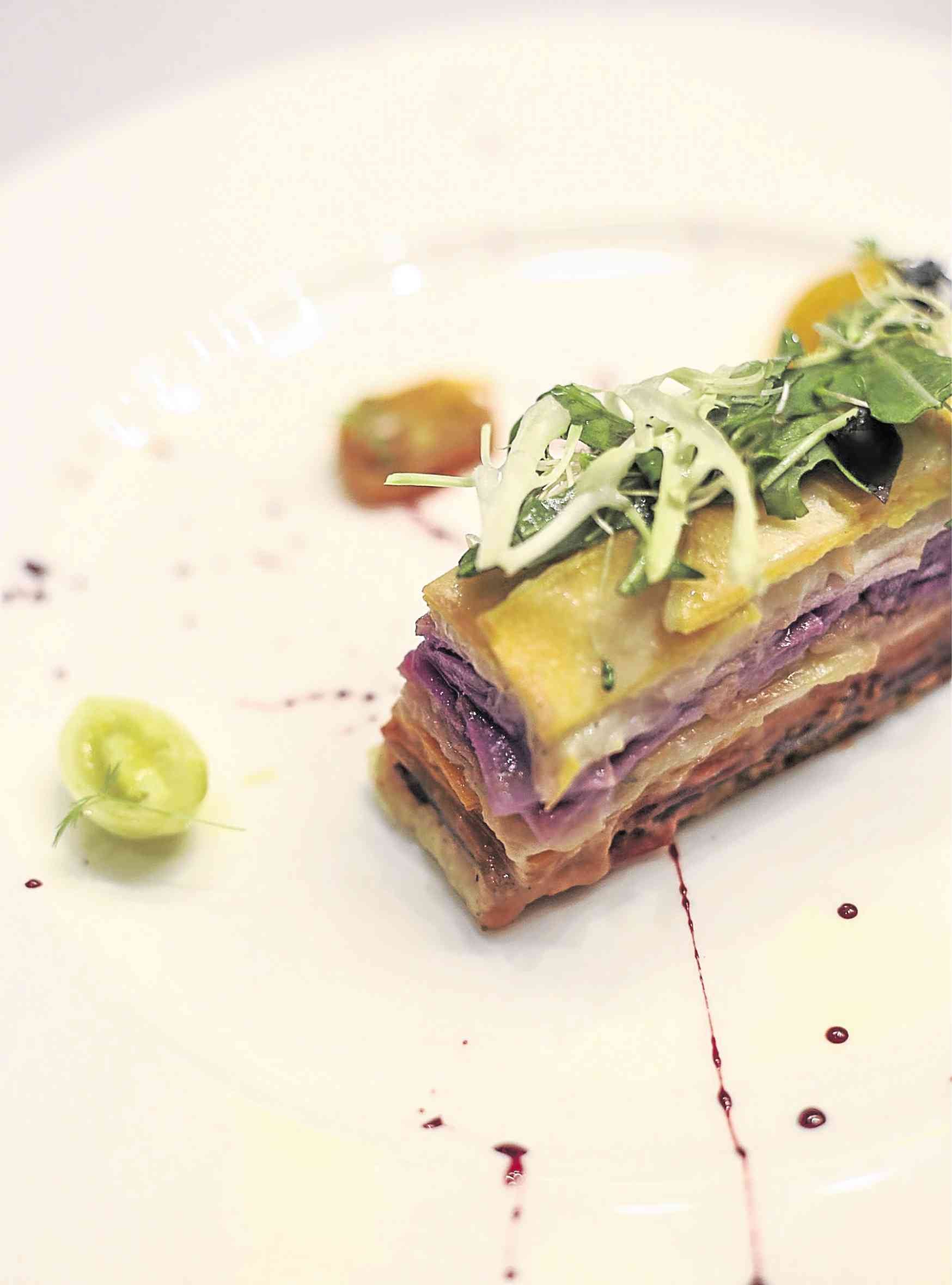 There was a time, not long ago, when Hindy Weber Tantoco and Melanie Teng-Go would bring the harvest from their Holy Carabao Holistic Farms to different restaurants, and they’d be turned away because their all-organic produce were, in their prospective customers’ assessment, “either too small or looks weird.”

The restaurants required produce that looked “consistent and of the same size,” typical of mass-produced fruits and vegetables, Tantoco recalled. In short, pretty.

“And instantly available, and cheap,” Teng-Go added with a wry smile.

This week, the women behind Holy Carabao are having the last laugh as they debut their partnership with the Peninsula Manila’s Old Manila restaurant for a series of degustation dinners celebrating sustainable food.

Old Manila’s chef de cuisine Allan Briones designed a six-course, farm-based menu for “Farm to Table: Holy Carabao Organic Eats,” using all sustainable ingredients, including not only vegetables and fruits from Holy Carabao, but also local seafood and chocolate from Davao’s Auro Chocolates. (It runs until June 2. Call the Pen at 8872888 local 6748, 6749 or 6694 for inquiries and reservations.)

“Pen wants to promote their commitment to sustainability, and it’s a first for them to be working closely with a farm,” Tantoco said at last week’s preview dinner. “Even other Peninsula hotels in the world are working on that and their entry point is food… We’re just happy that people are paying attention to our farm.”

Briones visited the women’s farm in Laguna, “looked at what we had, what was in season, and created a menu from that,” Tantoco said.

Customers familiar with Holy Carabao might already know that Tantoco and Teng-Go are champions of local indigenous vegetables. “A lot of the kusineras tell us, binebenta n’yo ’yan, kung saan-saan lang ’yan tumutubo (you’re selling those when they just sprout anywhere),” Tantoco said. “It’s our way of giving value to our local vegetables. So we promote alugbati, malunggay, pansit-pansitan.”

While Briones has a prepared menu, he said diners could expect a tweak here and there during the dinner service since “that’s the thrill of sourcing ingredients locally. You never know what [would] sprout from the soil and end up on your plate.”

To be clear, the dishes are not strictly vegetarian or vegan. The first course features lobster and crab roe, while the fourth and fifth courses are halibut and pork tenderloin.
Tantoco started Holy Carabao 11 years ago with the simple “vision of bringing healthier food to my family.” The former fashion designer and husband Gippy Tantoco moved their young family—
their four kids now range in age from 19 to 5—to a farm outside of the city in 2007.

“It wasn’t even conceived as a business. It was a mom-preneur endeavor,” Tantoco said.

In 2013, Teng-Go, a coparent in the Tantoco kids’ school, came onboard and the women decided to professionalize the venture. The demand for organic produce was growing and the farm-to-table movement was beginning to gain attention here.

In terms of educating the Filipino consumer on clean eating, “we’re getting there,” said Teng-Go. “Initially the entrypoint always is, weight loss. Will it make me look good?”

Still, they get asked often why organic is expensive. The women insist that they sell at a fair price.

“It’s cheap food that you need to worry about,” said Tantoco. “You have to change that mind-set. How was this grown? How did it get to you? Who grew it? How much did that person who grew it get?”

While they haven’t submitted their farms for audit to an organic-products certifying body—the process is costly and tedious, said the women—they say the proof is a visit to their farms.

“Then people won’t question the price because they know where it goes,” said Tantoco. “We charge a certain price because we pay our farmers’ living wages. For a lot of products, the farmer growing the produce gets the least. They’re the poorest in our country and they’re the ones producing our food. That’s completely unjust… It’s all made by hand and heart. We don’t use technology and machinery to increase our harvest and yield.

“We have two farms under us. We also outsource to small family farms whom we audit ourselves. There’s a participatory guarantee system. It’s our way of helping the community, because for many of them, there’s no means to get their products to the market.”

Apart from fresh produce, they also sell harvest bowls, tonics, ready-to-eat and ready-to-cook products—all done in-house. They also host farm tours and workshops. Apart from their door-to-door home delivery business, their produce is also available in some supermarkets. They now also supply some hotels and restaurants.

There’s now “bigger demand than what we can provide,” Tantoco said.

Tantoco used the word “biodynamic” to describe their farm’s philosophy. “It’s beyond organic,” she said. “It’s not just about the use of chemicals, fertilizers and other chemical inputs. We look at the farm as a whole, as a living organism. Included in that is the wellness of the staff, the entire team, all the animals. Even the way we harvest our animals, we do it as humanely as possible. A lot of our efforts are with education and in the scientific side, we consider the entire cosmic and planetary cycle, the rhythms of nature…”

It’s not just a business that these women have established, but a lifestyle they’ve adapted and embraced.

“My 19-year-old is very concerned about his looks since he’s a teenager,” Tantoco said. “Now he’s eating salad every day, he’s juicing. I didn’t have to impose it on him.”