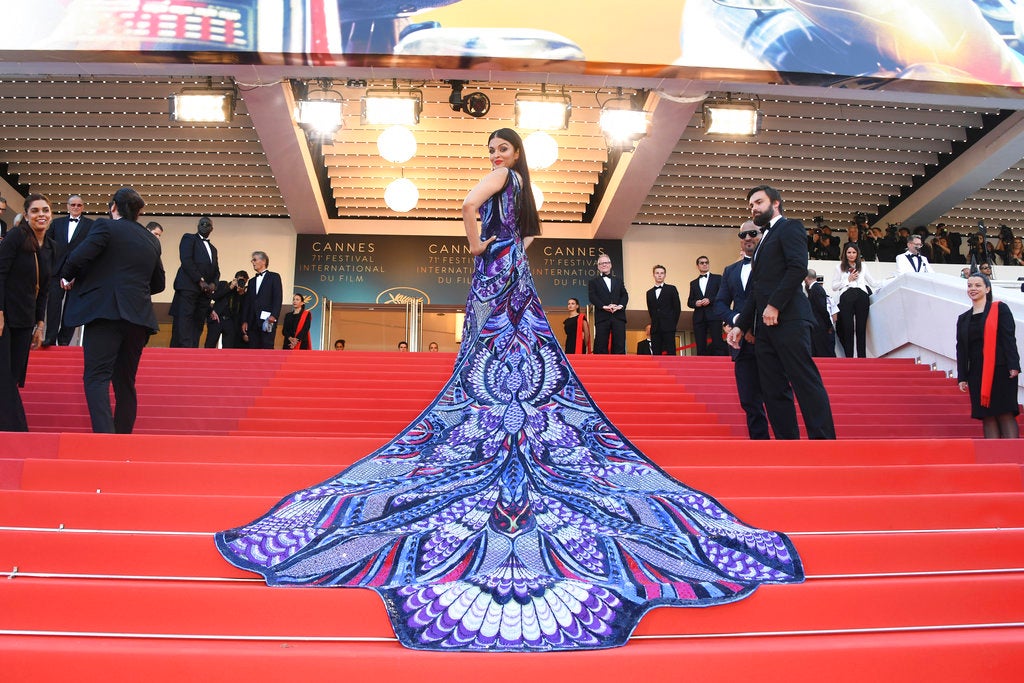 Actress Aishwarya Rai Bachchan poses for photographers upon arrival at the premiere of the film 'Girls of The Sun' at the 71st international film festival, Cannes, southern France, Saturday, May 12, 2018. (Photo by Arthur Mola/Invision/AP)

Cinco, known for unapologetically extravagant designs, decked Rai in a vibrant, body-hugging butterfly gown embellished with Swarovski crystals and French paillettes. The designer seems to have taken inspiration from a butterfly after its transformation.

The vivid shades of red, violet and blue in an ornate pattern ensured that Rai was a scene-stealer at the star-studded event.

The glamorous actress held her own with the gown’s three-meter train, which Cinco revealed took 10,000 hours to make.

Another international actress to don a Cinco creation was Thai actress Praya Lundberg, who stunned in a shimmering black ball gown.

Last year, Rai wowed in Cannes when she looked like fairytale royalty in a dusty-blue Cinco ball gown.  /ra