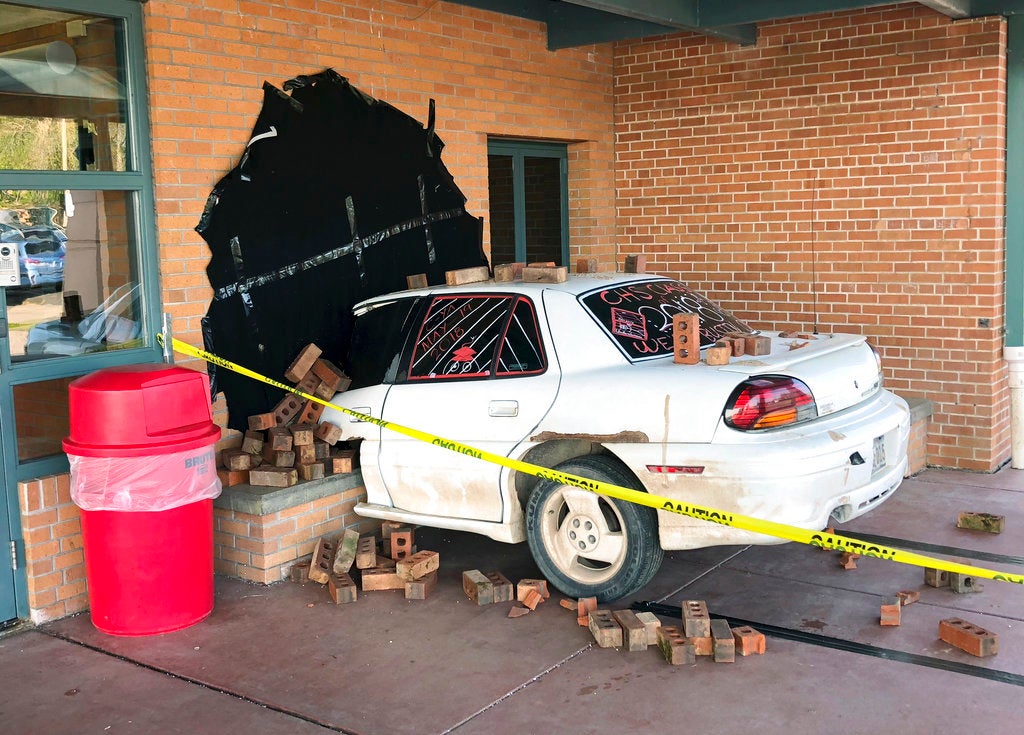 This photo taken Wednesday, May 16, 2018, and provided by Ritchie Narges, shows what looks to be a car that crashed into the principal's office at Cumberland High School in Cumberland, Wis., but is actually an illusion created for a senior class prank. Students at the school used a junk car, some bricks, some tape and a black tarp to make it look like the car had crashed into their school. Police arrived on the scene only to realize it wasn't really a wreck. The police department wrote on Facebook that it was "one of the best senior pranks." (Ritchie Narges via AP)

Police praise Wisconsin students for prank that was illusion

CUMBERLAND, Wis. (AP) — Police had praise for students who created an illusion for a senior class prank that appeared to show a car crashed into the principal’s office.

Students at Cumberland High School in Wisconsin used a junk car, some bricks, some tape and a black tarp to make it look like the car had crashed into their school.

Police arrived on the scene only to realize it wasn’t really a wreck. The Cumberland Police Department wrote on Facebook that it was “one of the best senior pranks.”

The school district also congratulated the students for their ingenuity.

Cumberland is about 90 miles (144 kilometers) northeast of Minneapolis. AB