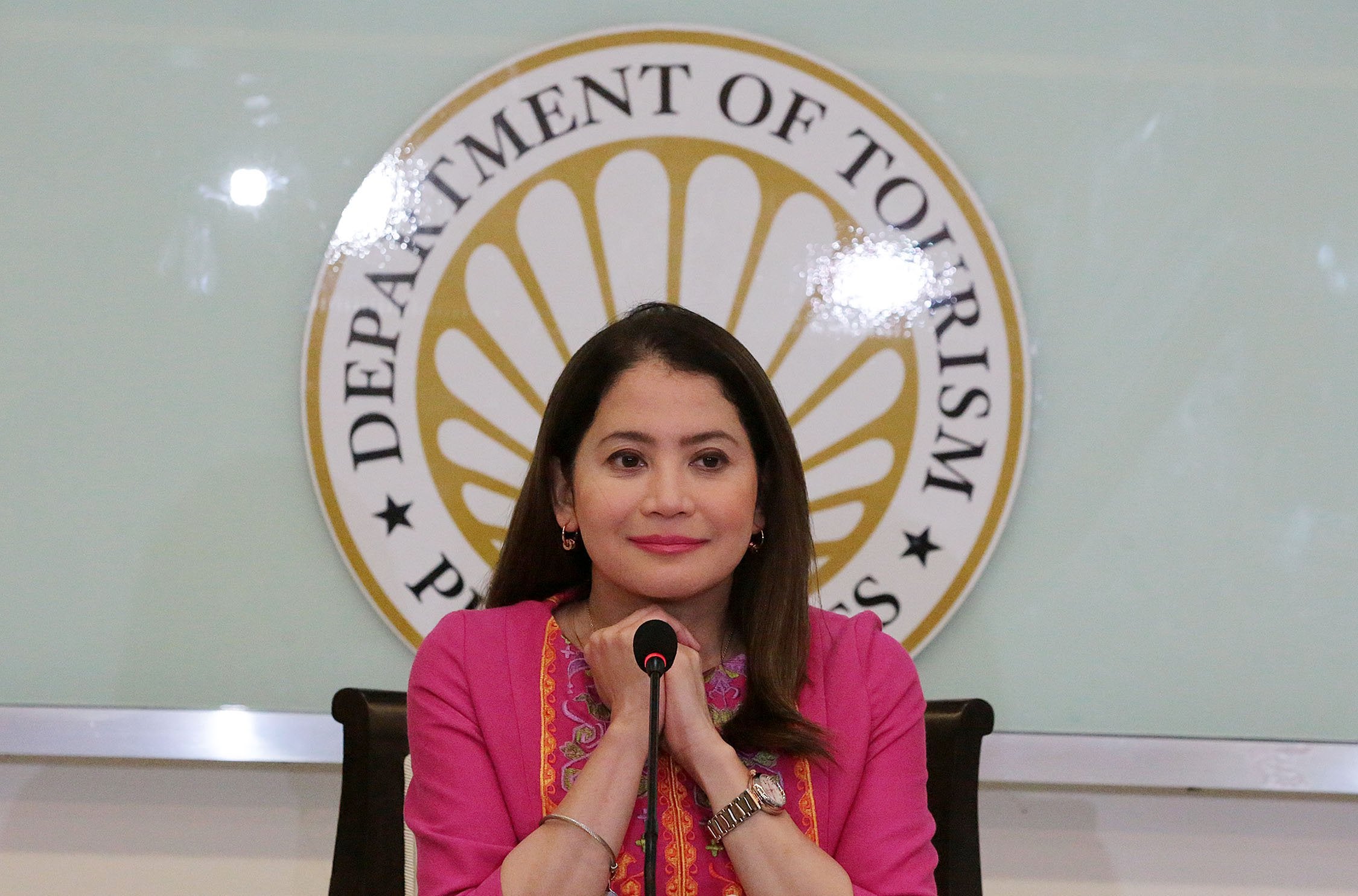 New Tourism Secretary Bernadette Romulo-Puyat faces the media at the DOT office in Makati as the secretary arrive to meet with officers and employees to start his day in office on Tuesday, May 15, 2018. INQUIRER PHOTO / GRIG C. MONTEGRANDE

Filipino beauty pageant fans may be left heartbroken after Tourism Secretary Bernadette Romulo-Puyat announced that the Philippines will not be hosting the Miss Universe pageant this year.

Aside from the fact that the country hosted the pageant only a year ago, Puyat pointed out that the government’s budget constraints and that there were more other issues to address.

The last time Miss Universe was held in the Philippines was on January 30, 2017, where Miss France Iris Mittenaere was crowned as the international pageant’s grand winner.