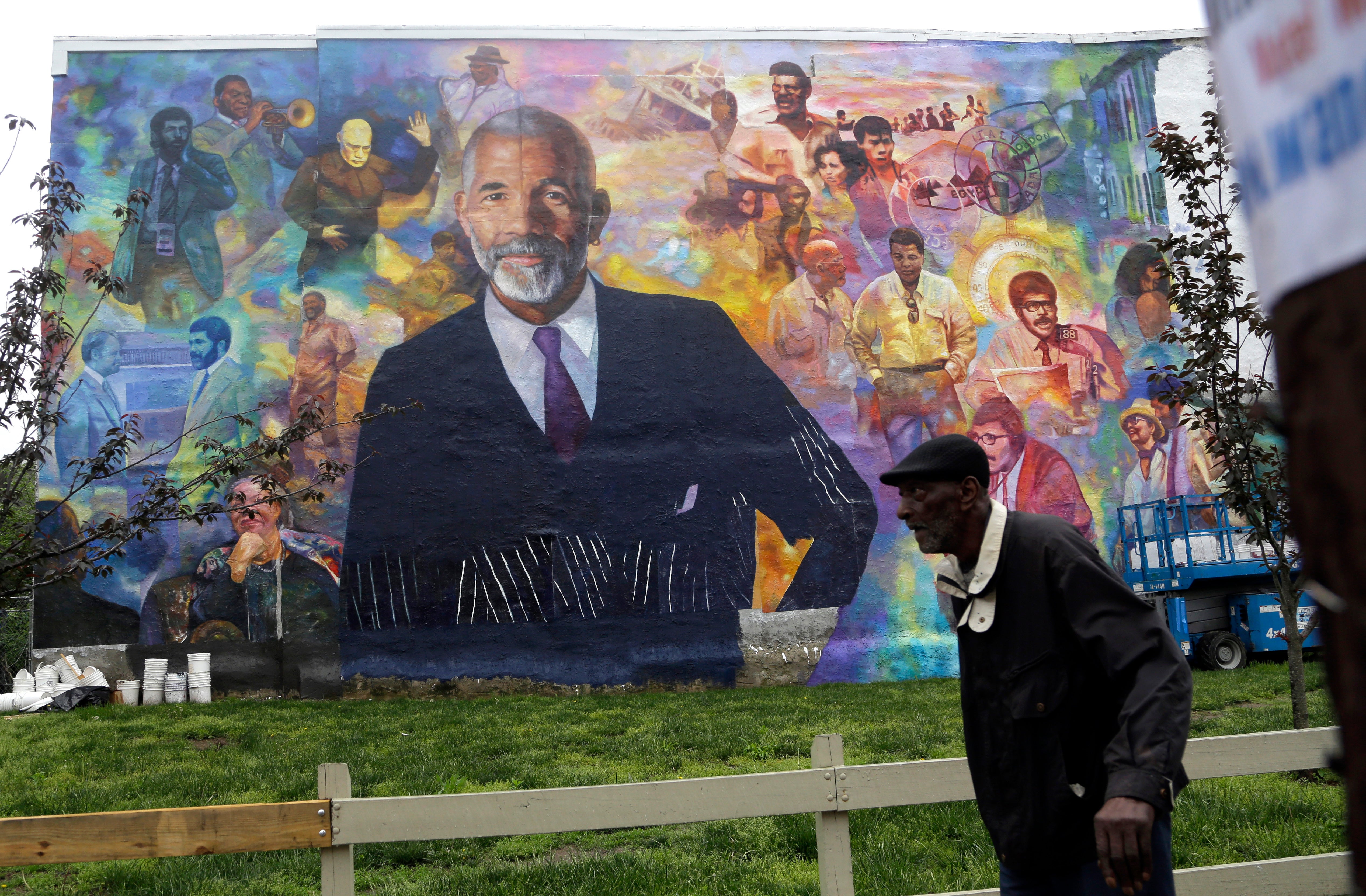 A pedestrian walks past a mural of journalist Ed Bradley, Wednesday, May 16, 2018 in Philadelphia. The mural, by artist Ernel Martinez, is in the Belmont neighborhood of west Philadelphia where Bradley grew up. A free public dedication of the mural is scheduled for Saturday May 19. Image: AP/Jacqueline Larma

Associated Press / 05:19 PM May 18, 2018
PHILADELPHIA (AP) — Ed Bradley, the award-winning television journalist who broke racial barriers at CBS News, is being honored in his hometown of Philadelphia with a mural.

Mural Arts Philadelphia says it will dedicate the work on Saturday in the west Philadelphia neighborhood where Bradley grew up.

It was designed by artist Ernel Martinez and depicts the journalist surrounded by images from his career. Schoolchildren helped paint the panels, which were created on squares of parachute cloth.

He created a distinctive, powerful body of work during his 26 years on “60 Minutes.”

He landed many memorable interviews, including with Michael Jackson and the only TV interview with Oklahoma City bomber Timothy McVeigh. CC