Auditions for new musical ‘Geegee at Waterina’ on May 26 | Lifestyle.INQ ❮ ❯ 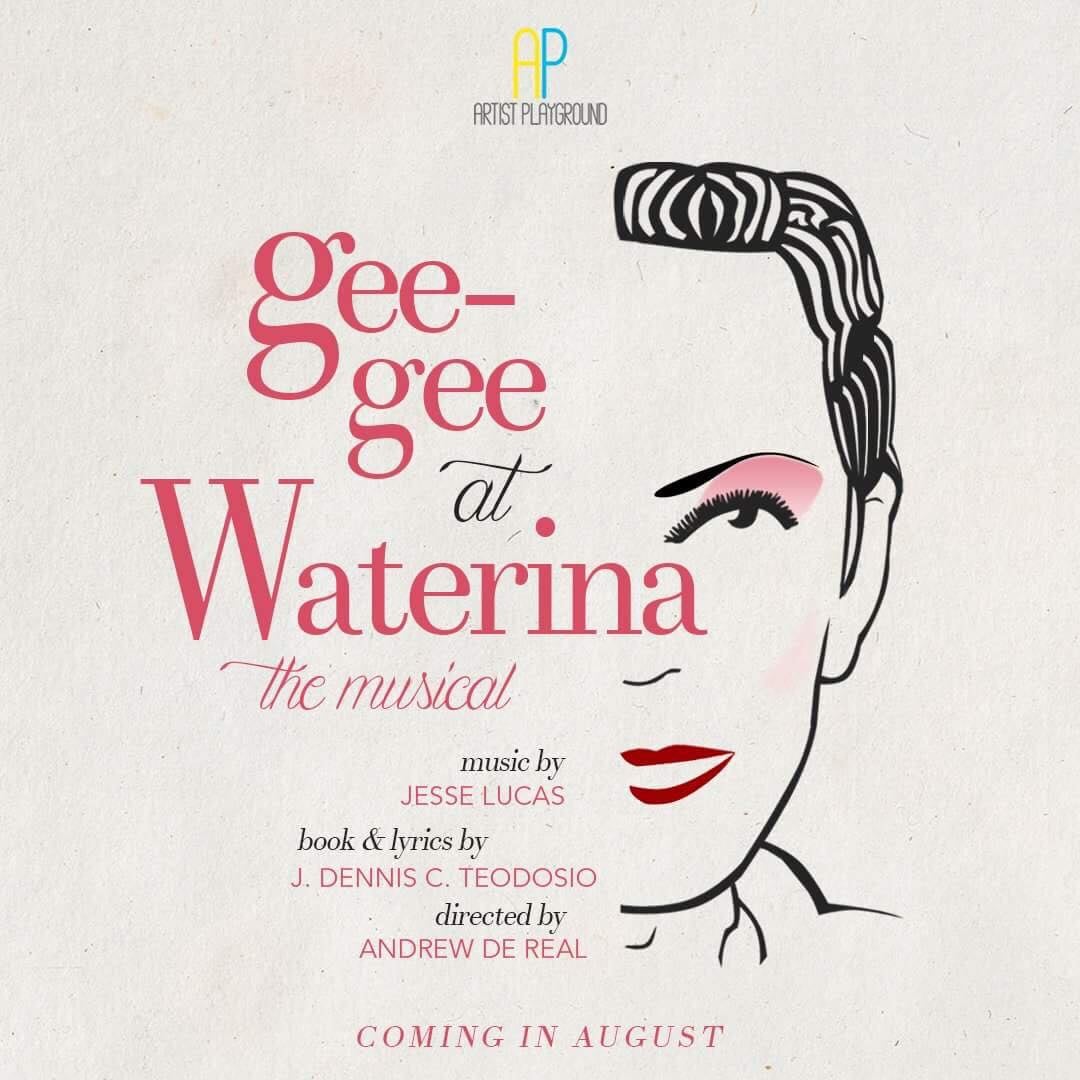 Auditions for new musical ‘Geegee at Waterina’ on May 26 Artist Playground will hold auditions for its forthcoming original Filipino musical “Geegee at Waterina” on May 26, 7 p.m. onwards, at 112 Arts Above, West Ave., Quezon City.

The production is looking for males 20-35 years old, preferably with a well-built physique, who can sing and dance. Bring photos and music material.

With book and lyrics by J. Dennis C. Teodosio, “Geegee At Waterina” was first presented at the Cultural Center of the Philippines Virgin Labfest in 2005. A short film version was produced for Cinemalaya in 2006.

It’s the story of the friendship between two gay men—Geegee, 60-plus years of age, an entertainment actor, radio host and a councilor of Pasay City; and Waterina, who was a “comfort gay” during the Japanese occupation of the Philippines in World War II. More than 70 years old, Waterina is one of the “Golden Gays” in the shelter run by Geegee.

The roles of Geegee and Waterina will be portrayed by Norman Peñaflorida and Roeder Camañag, respectively.

The show’s original music is composed by Jesse Lucas, with choreography by Leslie Dailisan and direction by Andrew de Real.