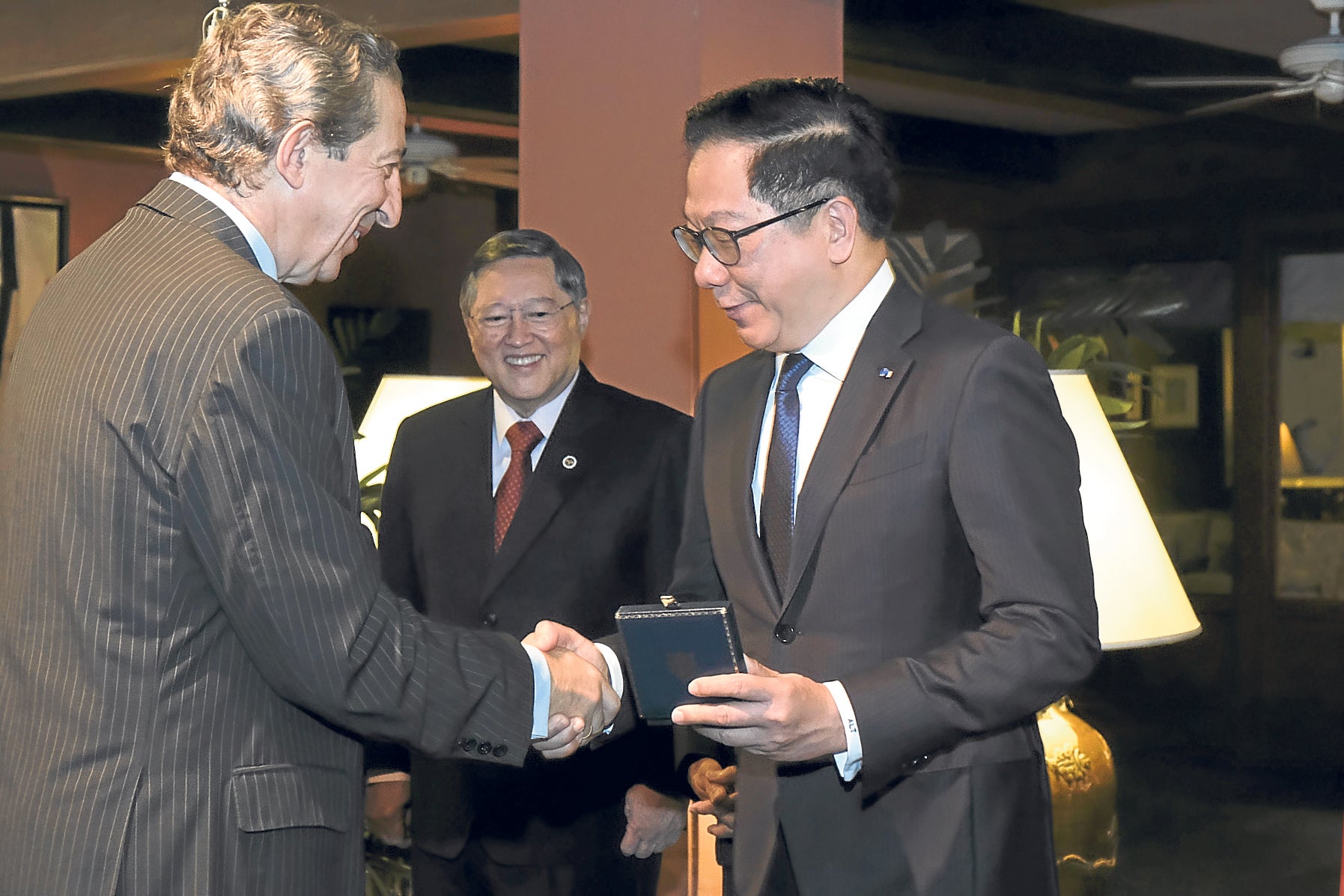 The Spanish government, through the Embassy of Spain in Manila, has conferred on tycoon Dr. Andrew L. Tan the Encomienda de Numero de la Orden del Merito Civil (Commander by Number Grade of the Spanish Order of Civil Merit).

The civil merit award was given by Spanish Ambassador Luis Calvo at the ambassador’s residence in Makati City last Tuesday.

Established in 1926 by King Alfonso XIII of Spain, the award recognizes “the civic virtue of officers in the service of the Nation, as well as extraordinary service by Spanish and foreign citizens for the benefit of Spain.”

Ambassador Calvo acknowledged Tan’s valuable contributions and support to the programs and activities of the Spanish government, both in the Philippines and in Spain.

“With his many entrepreneurial activities and initiatives, Mr. Tan epitomizes the recent business and economic history of the Philippines, the country that has become one of the key players in the region,” Calvo said.

In his acceptance speech, Tan urged Spanish businessmen to also come and invest in the Philippines.

“Through this award, it is my wish to inspire and help bring Spanish businessmen to the Philippines to also invest here, especially in our booming tourism and infrastructure industry,” Tan said.

Tan, the chair of Alliance Global Group, one of the country’s largest and most successful conglomerates, has been doing business with Spain in the last 30 years.

One of his companies is Emperador, now the world’s largest brandy producer. Two years ago, it acquired Spain’s oldest and largest brandy company, Fundador. Emperador also owns vineyards in Toledo and Jerez.

Tan also has investments in real estate in Madrid. He now owns one of the Spanish capital’s most iconic skyscrapers, the 57-story Torre Espacio, which houses Emperador’s headquarters.