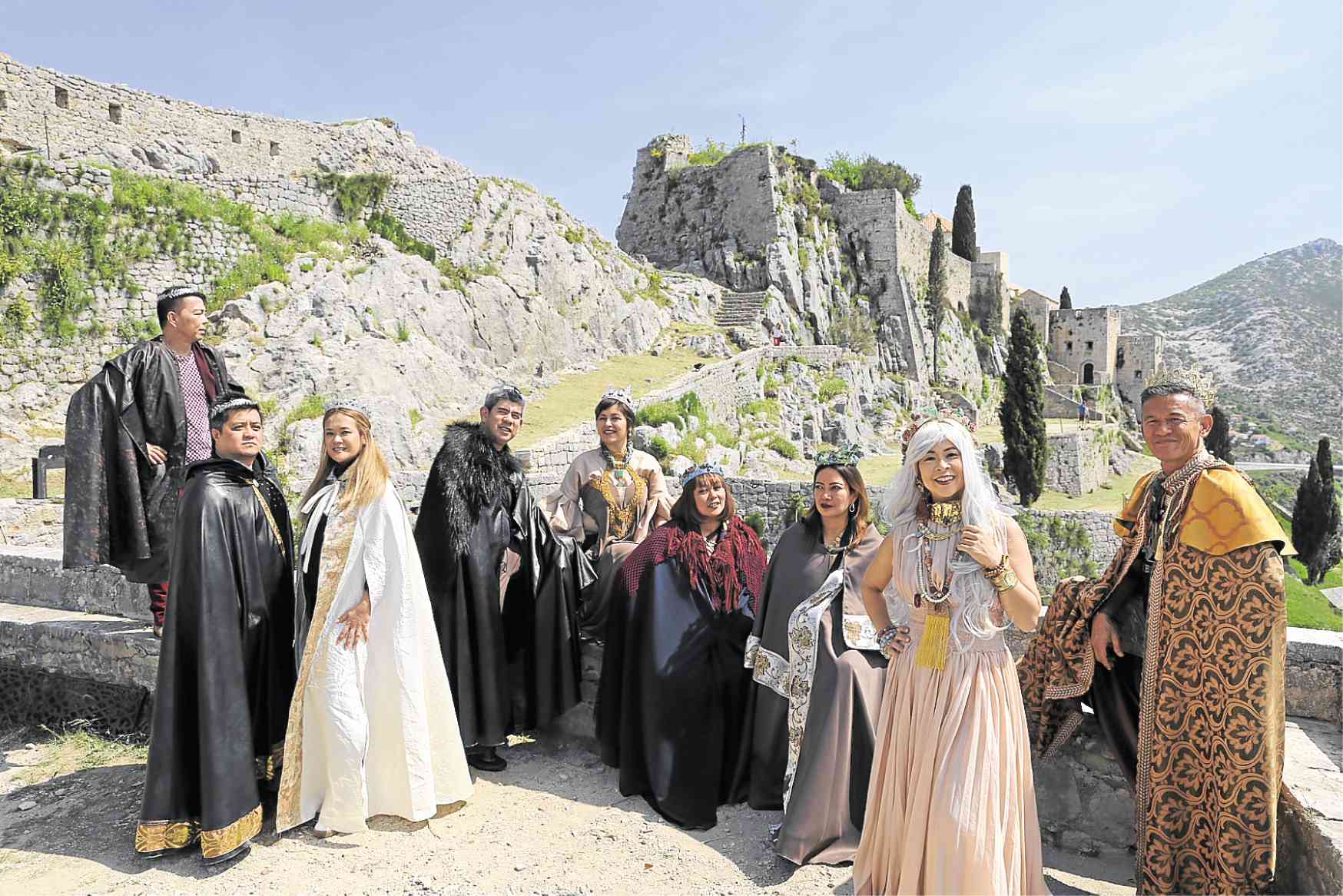 Our travel group #GoTyaBalkan2018 in costumes at Klis Fortress

In ‘Game of Thrones’ country 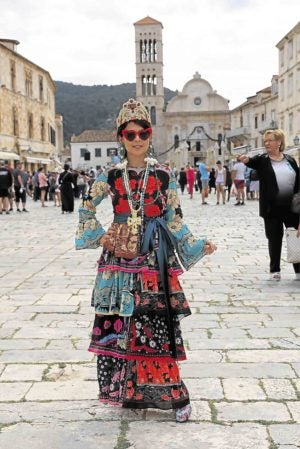 Armed with seven bejeweled crowns, 10 hats, four wigs, six cross necklaces, three gowns and 40 kg of costumes, I boarded Turkish Airlines to Croatia for the first time. I overpacked, but I didn’t want to miss the opportunity to have Instagram photos as our group toured all the “Game of Thrones” sites in Dubrovnik and other locales.

After more than six months of planning with Corporate International Travel & Tours (Citti), our #GoTyaBalkan2018 group was more than excited to travel together. Shan David, head of Citti, has been in the travel business for more than 25 years. With her team, she worked on our trip to make sure that we had the top tour guides, dined at the best local restaurants, and still had time for shopping.

With the tour set, we proceeded to arrange our flights with Turkish Airlines. This European airline offers daily flights to Istanbul and has more than 300 destinations worldwide.

Our group flew into the Slovenian capital of Ljubljana.

On the way, we enjoyed the spacious Turkish Airlines Lounge in Istanbul. Its interior design reflects Turkey’s rich cultural heritage and appeals to people of all ages. The lounge is over 6,000 square meters, has a cinema, library, food stations, kids’ corner, locker room, billiards, showers and suites, golf simulation, Carrera racing, massage beds and masseurs—not to mention a first-class Turkish coffee station!

With their chefs onboard, Turkish Airlines’ in-flight service was exceptional. Food was plentiful and tasty. The food was served with a little candle, which I found to be a charming touch. After dinner, the flight attendant came over to transform your seat into a bed, a cool way to doze off for the 10-hour flight.

In Ljubljana, we walked the baroque streets in the old city, which led to a central square with beautiful churches. It was great to discover that 90 percent of Slovenians are Catholic, and several Masses are celebrated daily. We were thrilled to make three wishes in each of the churches we visited.

Dragon Bridge is the city’s famous landmark. It was also used as a background of one of the scenes in “Game of Thrones.” To the shoppers in our group, we had some time to sample all the local fruits and buy souvenirs at the outdoor market at the square.

A short drive from the city is one of the most beautiful lakes in the world, Lake Bled, which seems to have come right out of a fairytale. Lake Bled has a little island in the middle with a small church, where we made wishes while ringing the church bell. Only nonmotorized, wooden boats are allowed on the lake, with all boatmen coming only from a few families in Bled.

Another astonishing sight is the Postojna Cave (Postojnska jama), a 24-kilometer-long karst cave system. The cavern is so huge that we had to take a train from the entrance to get to the midst of the cave. The stalactites and stalagmites inside the cave were amazing, and the main areas were paved so that we could tour the cave without getting mud on our feet.

After visiting Slovenia, we crossed the border to Croatia. Our first stop was Plitvice Lakes National Park, a huge forest reserve known for its 16 interconnected lakes, joined together by waterfalls. Walkways and hiking trails wind around and across the lakes, and an electric boat links the upper and lower lakes.

We zipped through Zagreb and Zadar, and stopped at Split. The city is best known for its fortress-like complex, Diocletian’s Palace, erected by the Roman emperor in the 4th century. The cavernous basement was the setting for the scene in “Game of Thrones” where Tyrion visited the chained dragons.

Nearby is the Island of Hvar, one of the 1,246 islands in the Croatian archipelago. Hvar is best known as a summer resort. Highlights of the port town include its 13th-century walls, a hilltop fortress and a main square anchored by the Renaissance-era Hvar Cathedral.

We trekked by Trogir on the way to our main Adriatic target, Dubrovnik. This is GoT central, for fanatics of the show, as it served as the scene for King’s Landing. Its massive stone walls date back to the 16th century and are strong enough to have withstood even the 1,000 bombs that shelled the Old Town during the Croatian War of Independence in 1991, just 27 years ago.

A short boat ride away is the island of Korcula, which claims to have been the birthplace of Marco Polo. It’s all possible, of course, since this area was under Venetian control back in the 14th century. Nearby is the town of Ston, the oyster capital of Croatia, for good reason. The oysters are tasty and best taken with just a squeeze of lemon.

Our last stop was Montenegro. It is one of the smallest populations in the world with only 600,000 citizens. A very mountainous country with fishing and tourism as its main industries, the country includes the fortified towns of Kotor and Budva.

All in all, our Balkan tour went through four of the six or seven countries that were all part of what we used to know as Yugoslavia. And I actually never found out if I should count Bosnia and Herzegovina as one or two countries. I suspect that if we took a poll on this, the results would be similar to the Yanny or Laurel rage rocking the web today.

Still, a Balkan tour should be a bucket list item for everyone who has experienced Europe and wants to see more of the Old World. For those interested, contact Shan at Citti at tel. 6357974 or 09171573407.

Let me end with a little story regarding Turkish Airlines. I spoke to Erhan Balaban, its GM for the Philippines, at the Turkish Airlines World Golf Cup 2018, where I got to compete at their tournament that sends winners to a European Tour golf competition in Turkey.

I didn’t win, but Erhan suggested that I visit Turkey, especially Cappadocia. He also wanted to tell me about the airline’s mission to move forward with unparalleled service, superior quality, trustworthiness and reliability, but I already knew all that. What I really want to find out is, what’s in Cappadocia?