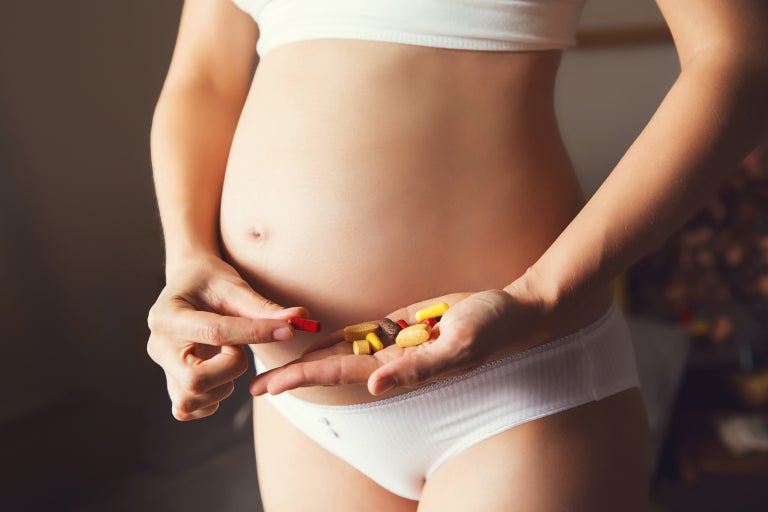 New Canadian research suggests that taking certain rheumatoid arthritis (RA) drugs during pregnancy does not increase the risk of serious infections in children, as had been suspected.

Carried out by researchers at McGill University, the study looked at the effect of tumor necrosis factor inhibitors (TNFis), which are used to treat RA and are transported across the placenta, on a child’s risk of serious infection.

As these drugs may cause immunosuppression, it is thought that they may lower young children’s ability to fight infections, which are the leading cause of mortality in children under 5 years in North America.

However, data on how using these drugs during pregnancy influences this risk is limited.

For the new research the team looked at data from 2,989 American children born to women with rheumatoid arthritis and a randomly selected group of 14,596 children who acted as a control group.

The researchers defined the women as having been exposed to TNFi if they had filled at least one prescription during pregnancy.

However, after adjusting the results for influencing factors such as maternal demographics, pregnancy complications, and medications, the researchers were unable to find an increased risk of serious infections in the children exposed to TNFis versus those who were unexposed and the control children.

“Our study provides new evidence to counsel RA women contemplating pregnancy,” commented co-author Évelyne Vinet. “Within the largest cohort of RA offspring exposed to TNFis ever assembled, we did not observe a marked excess risk for serious infections versus unexposed RA offspring and children from the general population.”

Dr. Vinet added that the findings are potentially encouraging for women with RA who are or are trying to become pregnant, although she stressed that further research is needed and until the current recommendations should be followed when treating women during pregnancy.

The European League Against Rheumatism recommends discontinuing infliximab and adalimumab before 20 weeks of gestation and etanercept before 31 to 32 weeks to minimize the risk of infections in offspring, while certolizumab can be continued throughout pregnancy.

The results were published in the journal Arthritis & Rheumatology. JB

Is it ethical to terminate pregnancy to save the mother?