‘Seer of sea and sierra’ was a champion of Spanish heritage, Filipino culture | Lifestyle.INQ ❮ ❯ 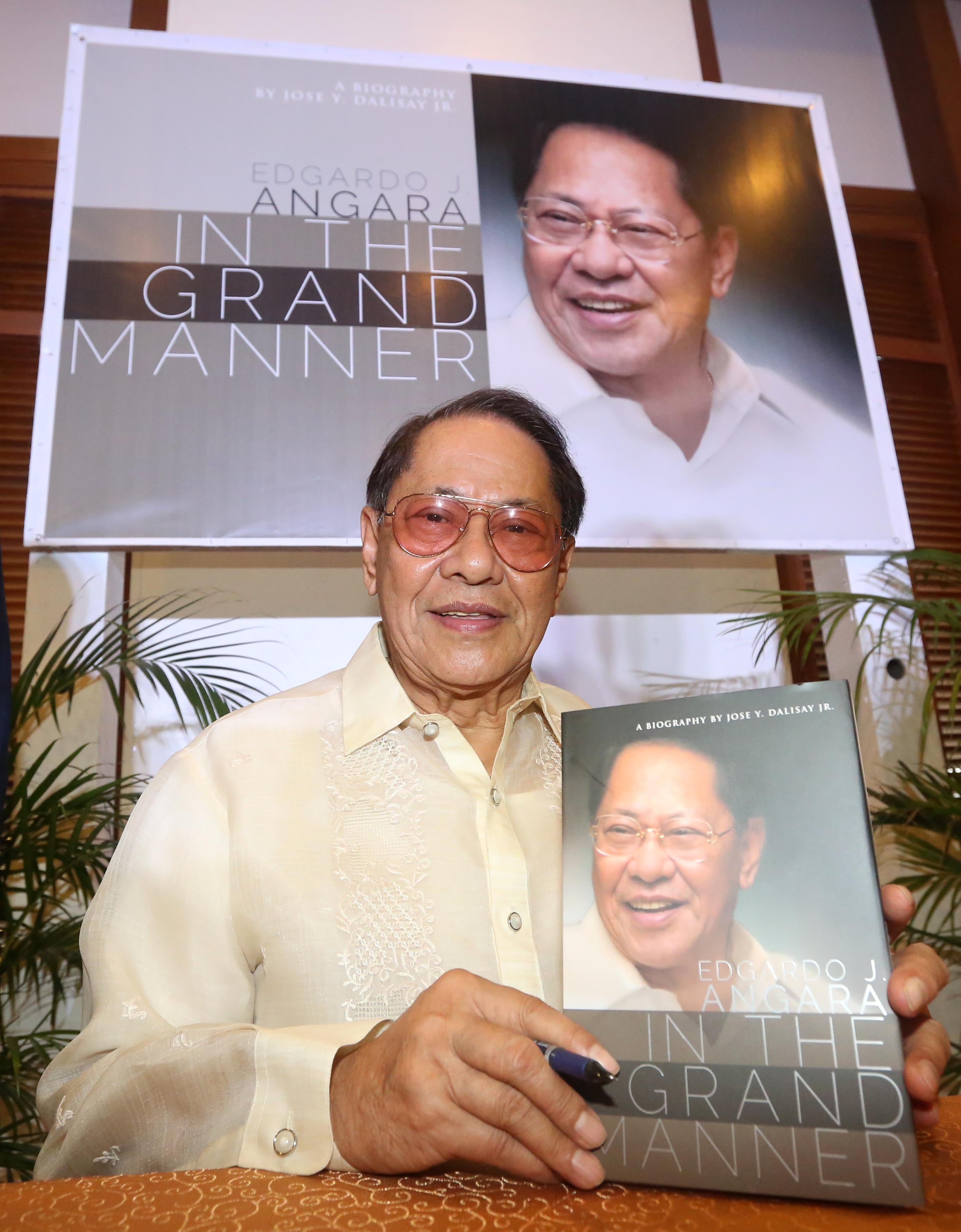 Angara on May 1, 2015, during the launch of his autobiography —FILE PHOTO

‘Seer of sea and sierra’ was a champion of Spanish heritage, Filipino culture

The last book National Artist Nick Joaquin finished was his authorized biography of Edgardo Angara, in which he called the late Senate president a “seer of sea and sierra,” an allusion perhaps to Angara’s hometown of Baler.

But Angara did see further than most, focusing his energies on legislation that would leave a lasting imprint on the soul of the nation.

The eulogies that poured out following Angara’s death last May 14 enumerated his accomplishments in the field of law, politics and education.

But his most enduring legacy might be his work in the area of Filipino culture, for which he was honored in 2013 by the National Commission on Culture and the Arts (NCCA)—incidentally, a body he was instrumental in creating—as a Patron of the Arts and Culture.

In accepting the award, Angara said, “My life’s work in the preservation of our heritage and the promotion of Filipino culture and arts is perhaps about anchoring our collective imaginations, our notions of nationhood, on things we can see, touch or hear such as with pieces of art, songs and stories.”

In her eulogy for Angara, Sen. Loren Legarda said: “He had deep respect for our indigenous peoples. He had deep appreciation for our indigenous culture bearers, which actually led him to create the National Living Treasures Award, a prestigious recognition for exceptional traditional Filipino artists. He was a patron of the arts and a passionate cultural worker who authored and sponsored laws creating the National Museum, the National Commission on Culture and the Arts and the National Cultural Heritage Law.”

Legarda was referring to the Gawad Manlilikha ng Bayan (Gamaba) or National Living Treasures Award, which recognizes the work of masters of the traditional arts, such as indigenous musicians, craftsmen and folk artists.

Angara also authored the National Cultural Heritage Act of 2009, under which national treasures are identified and protected. Among other things, the law provides a policy framework for heritage conservation work and the protection of cultural workers.

He spearheaded the creation of the Komisyon sa Wikang Filipino, or the Commission on the Filipino Language, to preserve and promote the Filipino language and other indigenous languages of the Philippines.

In 2007, Angara introduced Senate Bill No. 910, “an act defining the crime of art forgery, providing penalties thereof and creating the art authentication board and for other purposes” in response to the rising incidence of art forgery.

All of these initiatives suggest a deep understanding of legacy, leaving something behind for the generations of Filipinos to come.

As he once said: “No person ever leaves this earth and is able to say that ‘I’ve done everything and achieved everything.’ There are always unmet needs and goals that one always leaves, and it is the younger generation that can take on the advocacies that I have started in education, culture and the arts and science.”