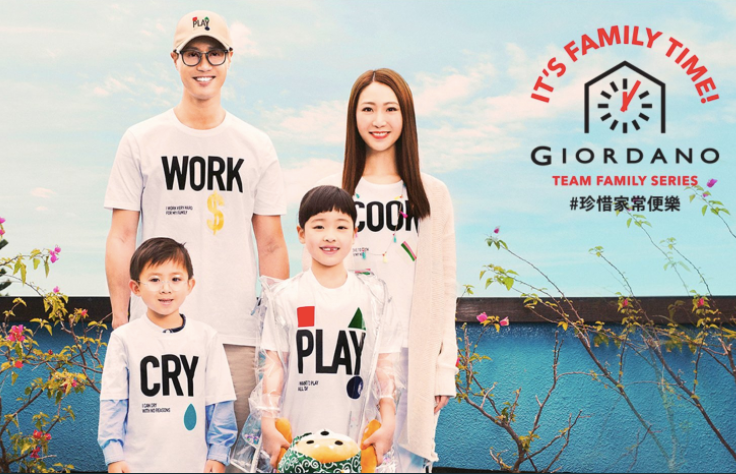 ‘Sexist’ t-shirt ad in HK taken down after backlash

Hong Kong-based retail company Giordano was in hot water after its advertisement for its “Team Family Series” line received backlash from people all over social media.

The advertisement showed a family of four posing in front of the camera, wearing shirts that had the labels “Work,” “Cook,” “Cry” and “Play.” The wife was wearing the t-shirt with the word “Cook” while the husband’s read “Work.”

The ad, posted last week, received outrage from netizens. As per the South China Morning Post today, May 22, some of these people went as far as threatening to boycott the store because of the alleged sexist portrayal of the wife and for perpetuating gender stereotypes.

The clothing company issued a statement on social media yesterday, May 21, to address people’s grievances. In the statement, the company said it would remove the advertisement “where physically possible.”

Giordano’s removal of the ad was deemed as an uncommon move, as Hong Kong is known to have no laws regarding sexist and gender-specific advertising.

It was also written in the statement that stereotyping, sexism, and any kind of prejudice — regardless if unintentional or passive — have no place at Giordano: “At Giordano, we celebrate a diverse range of definitions for family and did not intend to enforce traditional, gendered stereotypes.”

As of this writing, the ad can no longer be found at Giordano’s website, and has since been replaced with a more wholesome advert of the same family, this time wearing puzzle t-shirts instead of the earlier performative shirts. Cody Cepeda/JB