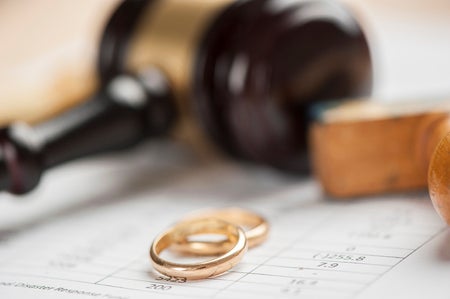 A groom divorced his bride just less than 15 minutes after signing their marriage contract.

The groom felt insulted by his father-in-law who was too eager to collect their agreed bride price for his daughter. As per the Gulf News yesterday, May 22, the father-in-law did not want to wait for the groom to get the money from his car.

The agreement between the two was that the groom would pay Dh100,000 (dirhams; about P27,000 or P1.4 million) for the marriage. Half of the amount shall be paid by the time of the signing of the marriage contract, and the other half upon leaving the court.

Due to his father-in-law’s brashness, the groom suddenly had a change of heart and decided to divorce his bride.

“The groom felt insulted and demeaned by his father-in-law,” the lawyer, who refused to be named, was quoted as saying. “He told the bride’s father that he did not want his daughter as his wife and divorced her in less than 15 minutes from signing the marriage contract.” Cody Cepeda/JB