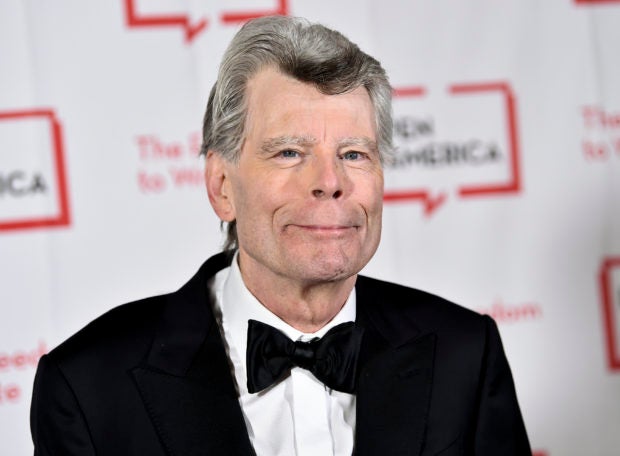 NEW YORK  — Stephen King has been presented an award by PEN America for literary service.

The author received his prize Tuesday night from Morgan Freeman, who starred in the film adaptation of King’s “The Shawshank Redemption.” King was praised by PEN, the literary and human rights organization, as an advocate for literacy and free expression.

Stephen King on ‘It’ movie adaptation: ‘I was not prepared how good it was’