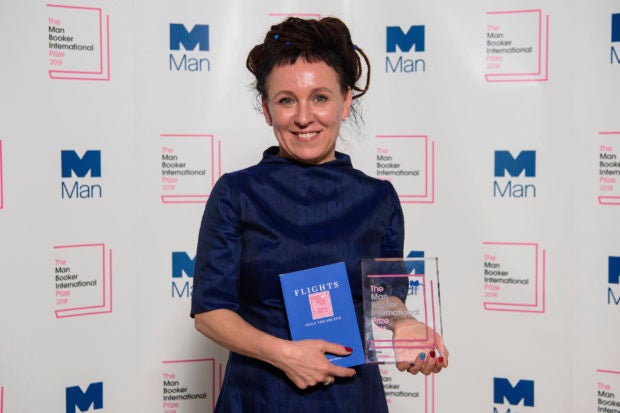 Polish author Olga Tokarczuk smiles after winning the Man Booker International prize 2018, Tuesday, May 22, 2018, for her book Flights, at the Victoria and Albert Museum in London. (Matt Crossick//PA via AP)

Tokarczuk’s novel combines tales of modern-day travel with the story of a 17th century anatomist who dissected his own amputated leg and the journey of composer Frederic Chopin’s heart from Paris to Warsaw after his death.

The judging panel led by writer Lisa Appignanesi called the “Flights” a witty, playful novel in which “the contemporary condition of perpetual movement” meets the certainty of death.

Tokarczuk is one of Poland’s best-known authors. She has been criticized by Polish conservatives — and received death threats — for criticizing aspects of the country’s past, including its episodes of anti-Semitism.

The prize is a counterpart to the Man Booker Prize for English-language novels and is open to books in any language that have been translated into English.