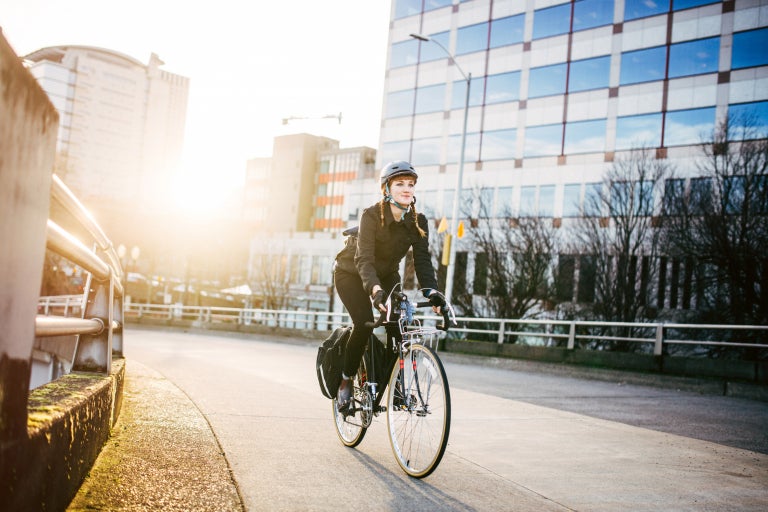 Leaving the car at home to walk or cycle to work could help cut the risk of risk of developing or dying from ischemic heart disease or stroke, according to a new United Kingdom research.

Carried out by a team of researchers from the University of Cambridge, London School of Hygiene & Tropical Medicine, and Imperial College London, the study set out to assess whether using alternatives to the car could help integrate more physical activity into daily life, reducing sedentary time and the risk of illness and mortality.

For the study the researchers looked at data on 358,799 participants aged 37 to 73 years taken from the U.K. Biobank, a national study designed to measure and track the health of adults living in primarily urban areas in the U.K.

The participants were asked to provide details on their commute and non-commute travel and whether they relied exclusively on the car or used alternative modes of transport that were more active, even if just some of the time.

After taking into account other influencing factors, such as other physical activity, fruit and vegetable consumption, and measures of socioeconomic status, the results showed that regular commuters who used more active means of travel for commuting to work, such as walking or cycling, had an 11 percent lower risk of developing cardiovascular disease (CVD) and 30 percent lower risk of fatal CVD.

Regular commuters who also used more active means of travel for both commute and non-commute travel had an even lower risk of fatal CVD, 43 percent less risk.

Among those who were not regular commuters, using more active means of travel was associated with an 8 percent lower risk of all-cause mortality.

As an observational study the researchers point out that no firm conclusions can be drawn about cause and effect. However, as the study used a large sample size and focused on feasible travel choices for commuting and non-commuting travel the team concluded that the results could provide an important message and will hopefully encourage people to make more use of public transport, walking and cycling.

In an accompanying editorial, Dr. April Mohanty of the VA Salt Lake City Health Care System in the United States also commented, “This study provides further evidence to support efforts, including policies and guideline recommendations, that encourage active travel even if that is only possible for part of the journey.”

The results can be found published online in the journal Heart. JB