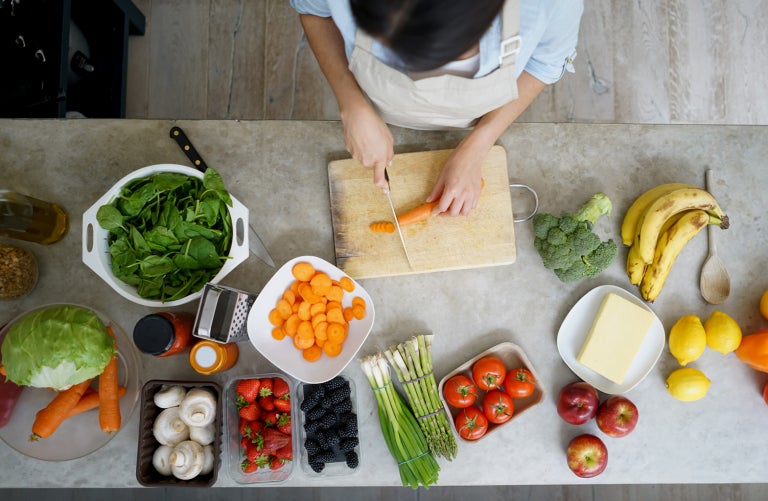 New European research suggests that following a mainly plant-based diet which still includes some meat could provide protection against obesity as we age, even if it is not a completely vegetarian or vegan diet.

Previous evidence has already suggested that vegan or vegetarian diets may cut the risk of developing obesity.

However, less is known about how following a mainly plant-based diet which still includes meat, sometimes referred to as semi-vegetarian or flexitarian diet, could influence weight and the risk of obesity in middle-aged and elderly populations.

Researchers at Erasmus MC Rotterdam in the Netherlands followed 9,641 adults for a period of 26 years to look at the effect of a plant-based diet on obesity in the long-term.

After taking into account factors such as total energy intake, socioeconomic background, and physical activity levels, the team found that those with higher scores on the plant-based diet index had a lower BMI over the long term, mainly due to lower body fat mass.

The team point out that achieving this 10-point higher score can be done in various ways, such as replacing 50 grams of red meat per day with 200 grams of vegetables.

A higher score was also associated with lower waist circumference and body fat percentage, with the relationship stronger in middle-aged participants age 45 to 65 years than elderly participants older than 65 years.

The researchers noted that as an observational study the findings do not show cause and effect and that more research is needed.

However, study author Zhangling Chen concluded that, “Our study suggests that a more plant-based and less animal-based diet beyond strict adherence to vegan or vegetarian diets may be beneficial for preventing overweight/obesity in middle-aged and elderly populations.”

“In other words, eating a plant-based diet to protect against obesity does not require a radical change in diet or a total elimination of meat or animal products. Instead, it can be achieved in various ways, such as moderate reduction of red meat consumption or eating a few more vegetables. This supports current recommendations to shift to diets rich in plant foods, with low in consumption of animal foods.”

The new research will be presented at this year’s European Congress on Obesity (ECO) which takes place May 23 to 26 in Vienna, Austria. JB

Could a Mediterranean diet offset the negative effects of air pollution?