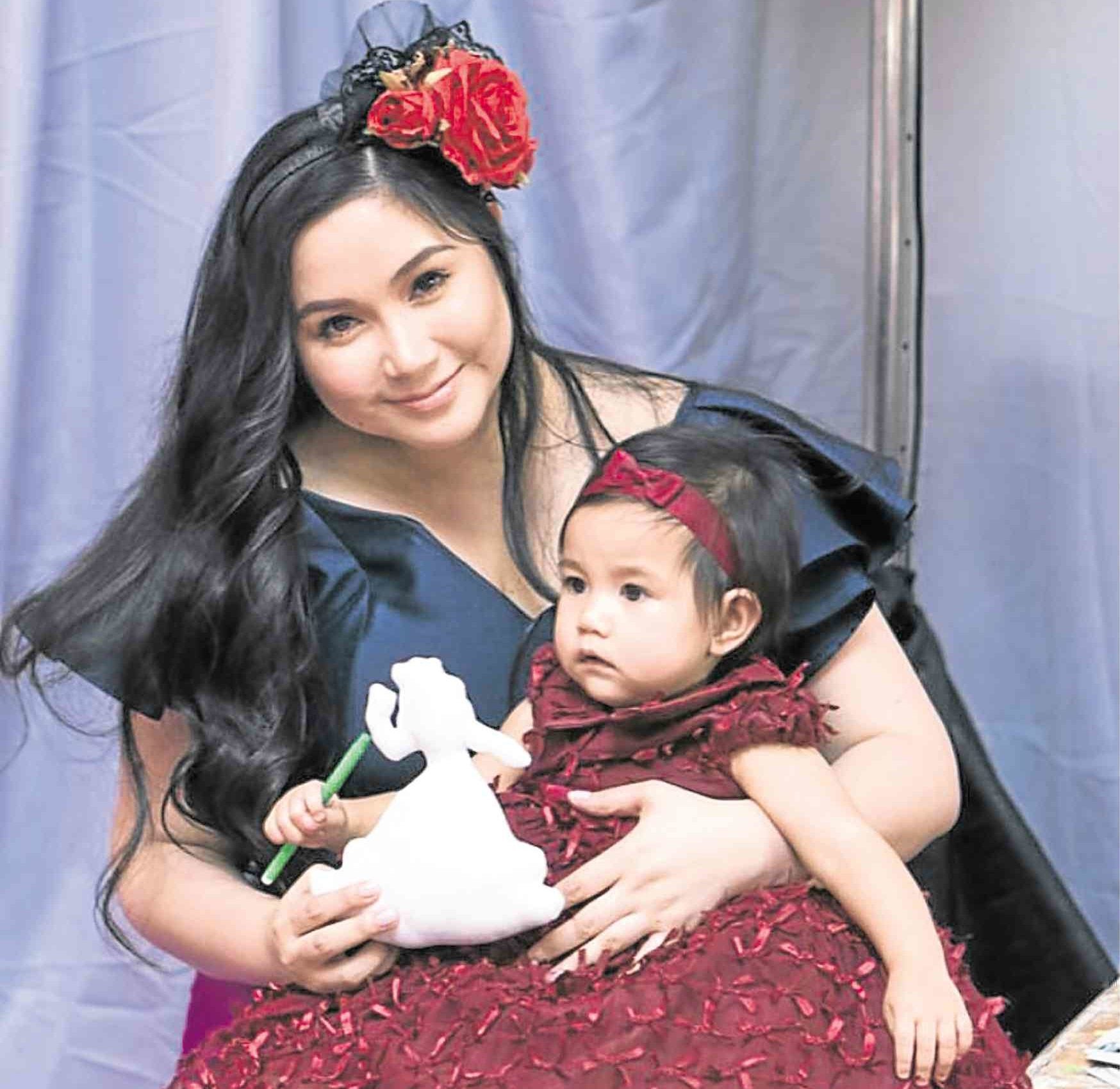 “I really wanted to breastfeed,” said Rodriguez,with daughter Isabella. “So I ate my way through it, even when Iwasn’t hungry. It was the only thing that worked.”

Mariel Rodriguez: ‘Even my fingers, earlobes got fat!’

I gained everywhere! Even my fingers were so fat! My rings didn’t fit me. My shoes wouldn’t fit. Even my earlobes, I think, got fatter!” said TV host and actress Mariel Rodriguez, of her struggle to lose post-pregnancy weight.

It’s natural for women to gain extra weight during pregnancy, as a way for the body to prepare for lactation.

Rodriguez, 33, was no different. She relished the weight gain, which she said was within range. “I’m proud to say I was a beautiful pregnant woman,” she said.

“I really wanted to breastfeed,” she said. “So I ate my way through it, even when I wasn’t hungry. It was the only thing that worked. All supplements—malunggay, fenugreek, clams, lactation cookies—I took them all. I was eating all organic, I wasn’t eating bad food—no pizza or burgers or anything like that, not even desserts. But the amount, ang dami talaga!”

She would pump breast milk at 2 a.m., and have tinola soup after, then pump again at
4 a.m. She ate plenty of brown rice, which she felt helped with producing more milk.

Two months into this routine and insecurity finally set in—on top of postpartum depression. She was still wearing her maternity clothes, as they were the only ones that fit. The svelte, 5’3” Rodriguez, who weighed less than 120 lbs pre-pregnancy, was gone.

“I looked in the mirror and thought, ‘Oh my God, how did I get this fat?’ I just ballooned. But I had to do it for my baby.”

She regrets that she never had cute mom-and-baby twinning photos with her little one because she had no confidence to sit in front of a camera. She declined all social invites.

When her TV show, “Pinoy Big Brother,” called her back to work, she sent them her photo and asked, “Is it okay with you, guys, I’m this big?”

“I had to turn down work,” she said. “I couldn’t let people see me, I was so big! And I’d be standing next to two women, (cohosts) Bianca (Gonzales) and Toni (Gonzaga), both stick-thin! I wasn’t even 170 lbs at that point, it was still increasing.”

Rodriguez tipped the scales at 178 lbs at her heaviest. “Everything was fat! Even my hair was super-thick and healthy!”

Through all this, her husband “didn’t make me feel fat at all, in all fairness to him,” she said. “He was very supportive of my breastfeeding… He had a moustache and grew his hair long, which I didn’t like, but I didn’t complain. Why? Because he wasn’t complaining that I was fat!”

On her pediatrician’s suggestion, Rodriguez sought the help of Marie France for help with the weight loss.

“I didn’t work out. I was so tired with the baby, I had no energy to do that. And I was not big on working out even before pregnancy.”

Marie France put her on a program that was safe for a breastfeeding mother—meaning, nothing overly intensive and no radio frequency (RF) machines.

A program called Plasti-Dermi Treatment helped break down all the stubborn fat, followed by Physique Inch-Loss, which aided in shedding the excess inches and toned the skin. The FMS Elite machine was used to speed up the calorie burning.

After she stopped breastfeeding when Isabella was 14 months, she started on the RF machines. For contouring and skin tightening, Marie France used Thermo Magnetic Pulse, and Endermologie+ for “body sculpting.”

Rodriguez didn’t undergo liposuction or anything invasive since “I couldn’t afford the downtime. I was looking after my baby.”

“I gained more after I started with the treatments, and I know they were getting frustrated with me, even as I was going in three times a week.”

Rodriguez began her program in August 2017. By November, when her daughter turned 1, she was at her heaviest. With a nutritionist’s help, she started cutting down on her food and practised portion control. “By March this year, we could already boast my achievement,” she said with triumphant grin.

“I’d like to go back to my old weight and enjoy that before thinking of getting pregnant again,” Rodriguez said. “Looking back, I feel so rewarded because I was able to give my baby 100 percent.”