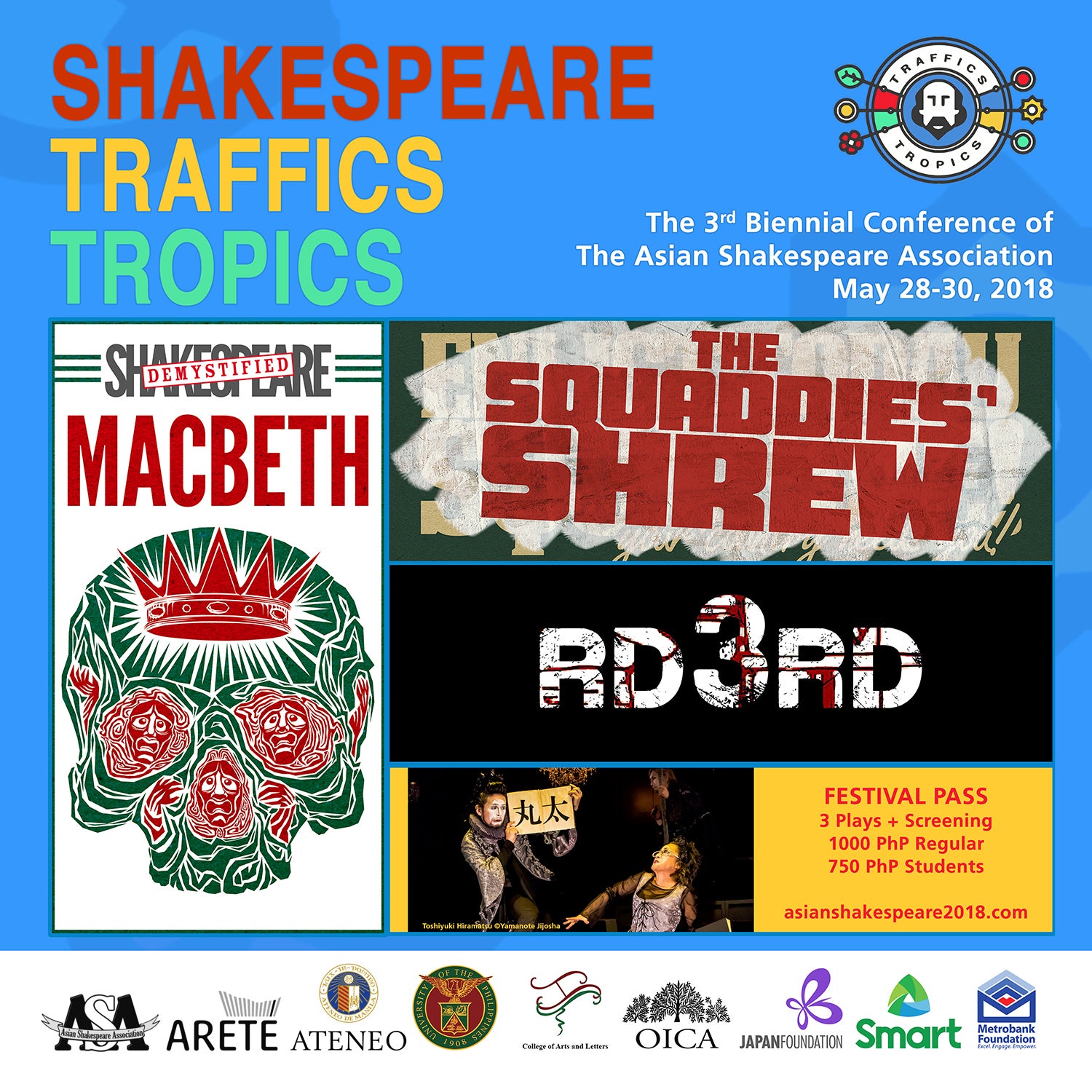 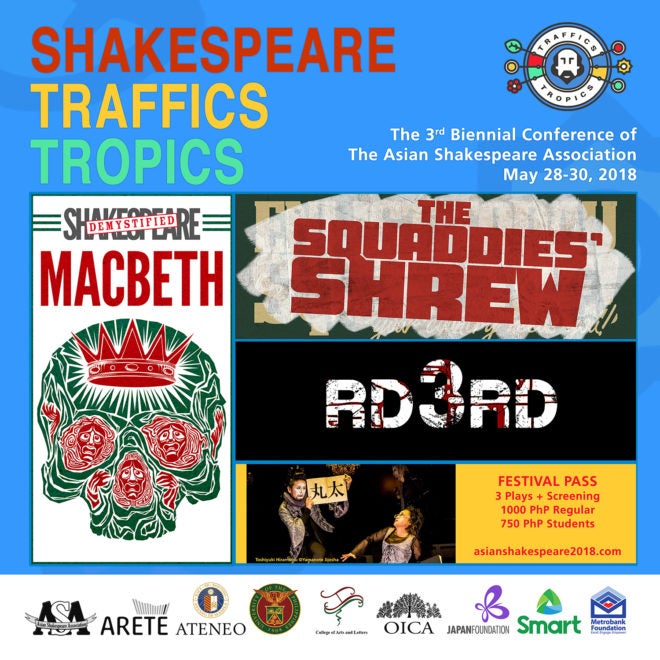 Ateneo de Manila University (Admu) and the University of the Philippines (UP) Diliman are hosting a conference this month that gathers the leading Shakespearean scholars and theater practitioners from around the globe.

“Shakespeare, Traffics, Tropics,” the third Asian Shakespeare Association Conference, will be held May 28-30 with a series of seminars, workshops, exhibits and performances.

Registration starts May 28, 8 a.m., at Arete, Ateneo de Manila University. The conference will open with “On the Shakespeare Trail,” a keynote address by professor Peter Holland, followed by an exhibit opening for the second Graphic Shakespeare Competition.

Day 1 closes with a performance from Tanghalang Ateneo of “The Squaddies’ Shrew,” directed by Ian McLennan, at the Doreen Black Box, Arete.

The second day of the conference will be held at the College of Arts and Letters, UP Diliman, with sessions on Shakespeare and Manga, Shakespearean Translations and other panel discussions.

The KL Shakespeare Players will then stage “Shakespeare Demystified: Macbeth” at the Wilfrido Ma. Guerrero Theater, Palma Hall, UP Diliman, on the same day.

Day 3 closes with a performance of “RD3RD,” directed by Anton Juan and Ricardo Abad, with dramaturgy by Judy Ick at the Fine Arts Blackbox at Admu, alongside other panel discussions held throughout the day.

All three plays will have additional performances throughout the three-day event.

Online registration has closed, but walk-ins are welcome. Visit asianshakespeare2018.com or call Juan Marco Yap at 09778279005 for schedules and inquiries.