SM at 60: What would our lives be without the mall? | Inquirer Lifestyle ❮ ❯ SM at 60: What would our lives be without the mall? 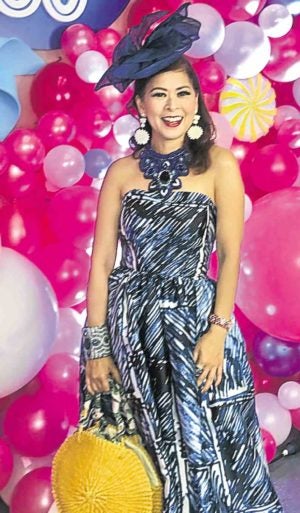 Say this line and Filipino shoppers will quickly follow with, “SM,” and point to the nearest mall in the area. Today, SM Prime Holdings operates 70 malls in the Philippines and seven more in China.

This comes in time for SM’s 60th anniversary celebrations this year. On May 21, SM lit up its landmark Mall of Asia (MOA) globe and kicked off a series of 60 visual attractions and fun interactive activities for the public to enjoy until October in SM malls nationwide.

His business grew into a chain of shoe stores, and a department store in the 1970s.

When Mr. Sy was on his buying trips abroad, he saw the shopping center development in the United States from the East to the West coasts. He believed that it would also happen in the Philippines.

In 1983, when he started building his first shopping mall, SM City North Edsa, he said people thought he was crazy. There was a political crisis, interest rates were as high as 45 percent, and the location of the mall was in the middle of nowhere at that time.

SM City North Edsa opened in 1985, and, as they say, the rest is history. It was not only a huge success, it also changed lifestyles in the country.

SM spearheaded what is known as malling with the opening of SM Megamall in 1991, and upped the ante even more with SM MOA in 2006, both bigger than anything in the country or the region at the time they opened. The latter was 195,000 sq m, and is still growing. The current expansion will enlarge SM MOA to a total of 67 hectares of retail and entertainment space.

As the growth continues, SM is also pushing architectural design, with its latest malls becoming landmark buildings in their area, including SM Aura Premier, The Podium and S Maison.

Through SM Foundation, the company reaches out to communities with its educational, health and livelihood-training programs aimed at making farmers self-sufficient.

Through SM Cares, SM has undertaken environmental programs by building green spaces in its malls and undertaking sustainability efforts. The malls also have breastfeeding centers and easy access for PWD customers.

At the launch of SM’s 60th anniversary celebration at the SM MOA, I was honored to carry the balloon for SM Accessories. Celebrity doctor couple Hayden Kho and Vicki Belo were also present. The Sy family was in full force, led by matriarch Felicidad Tan-Sy and her children; Hans is chair of the executive committee, Herbert is vice chair of SM Retail, Tessie Sy-Coson is vice chair of SM Investments, and Elizabeth is president of SM Hotels and Conventions.

Since 2004, SM Malls has partnered with international feng shui master Marites Allen for the annual Chinese New Year feng shui forecast. Marites has a busy schedule around that time of year as she covers more than 20 malls to give her lucky forecast talk that’s free for shoppers.

Enterprising Marites recently launched her shawl collection in collaboration with Jyotika Jhalani, the founder and the creative director of Janavi India, a brand known for its unique use of embroidery and embellishment on cashmere.

Marites, meanwhile, is the CEO and founder of Frigga Charmed Life, a London-based line of auspicious fashion wear and accessories. She is the first and only Filipino certified “Master in Feng Shui” by the prestigious International Feng Shui Association, and is the go-to consultant of many well-known entertainment, political and business figures in the country.

Marites and Jyotika soon became partners in producing an upscale shawl collection under the brand Janavi India X Marites Allen. These cashmere shawls are designed with the symbols of Chinese zodiac allies and friends. This grouping of three zodiac signs is believed to bring good luck to each member of the affiliated group.

Another design is especially intended to attract good fortune in the Year of the Dog. The limited-edition shawls are up for viewing at Manila House in Bonifacio Global City until June 2. Succeeding designs will be available online and at all Janavi shops overseas and Frigga boutiques in the Philippines.

SM VP Millie Dizon is quite delighted to host this event every year. It is always packed, with the number of participating dessert makers growing every year. The past four years, Lifestyle writer and “Best Desserts” author Vangie Baga-Reyes has noted new dessert trends. Ube, for instance, enjoys growing popularity in many kinds of desserts. Also, there are many creative gluten-free concoctions now.

While entrance is free, guests are asked to give donations to Gota de Leche Foundation, the oldest (1906) charitable institution in the Philippines. It was established to provide nutritional and medical needs of indigent Filipino mothers and their children.

See you tomorrow! Make sure you skip lunch and head to SM Aura at 3 p.m. when it opens. I will try to enjoy the desserts— all 125 of them!