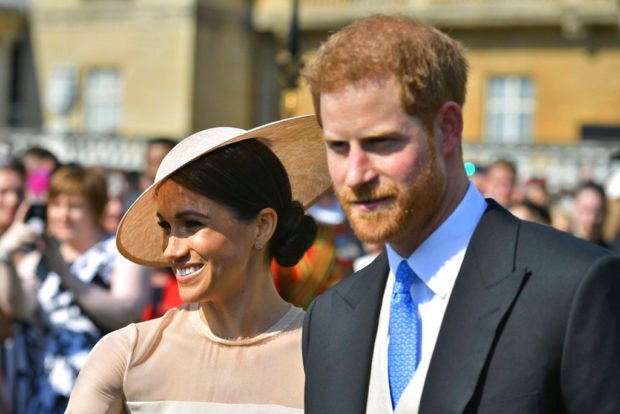 Meghan, the Duchess of Sussex walks with her husband, Prince Harry as they attend a garden party at Buckingham Palace in London, Tuesday May 22, 2018. The event is part of the celebrations to mark the 70th birthday of Prince Charles. (Dominic Lipinski/Pool Photo via AP)

Former Hollywood actress Meghan Markle may have married into the British royal family and received a new title, Duchess of Sussex, but she still has much to learn about royal protocol.

Queen Elizabeth II reportedly wants Markle all brushed up on how to carry out her royal duties that come with the title, according to the Daily Mail.

Markle’s “lessons” would take six months from a “range of people,” reports a source to The Times. “It is going to be a very busy office. She has worked every day of her life. She is used to a demanding schedule.”

A trusted senior aide, Samantha Cohen has already begun guiding the duchess after years of advising the Queen. Cohen, 49, was the Queen’s assistant private secretary until April and will become Prince Harry’s private secretary.

The Prince reportedly handpicked the “well-liked” and respected aide to help his new wife on royal protocol and etiquette, reports Vanity Fair.

Markle has her own aide assisting her, Amy Pickerill, who has been a constant throughout the duke and duchess’ public appearances, even before their marriage.

The duchess surprised the public when she appeared at the 70th birthday celebration of Prince Charles in a simple but stylish dress and nude tights — royal protocol dictates no bare legs for women, which is something Markle may have picked up from her advisers. Niña V. Guno/JB

LOOK: The Duchess of Sussex’s Coat of Arms revealed