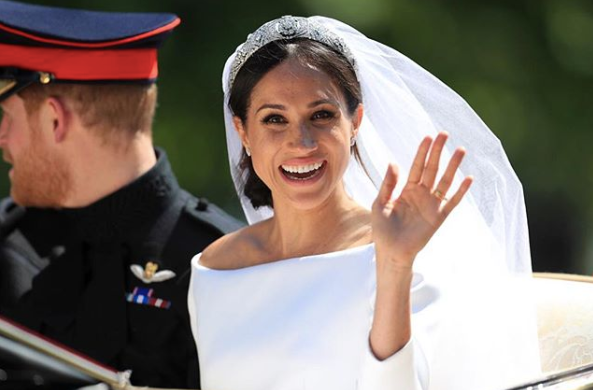 Meghan Markle’s simple and elegant boatneck wedding gown was something the new Duchess of Sussex was completely certain about, according to Givenchy artistic director Clare Waight Keller.

Prior to the royal wedding last May 19, Markle had a total of eight fittings, Keller revealed. The fabric used was a double silk crepe to hold the silhouette while remaining “supple.”

She said they met back in January to plan the dress and that both “quickly agreed” on how it should look.

“She is a strong woman who knows exactly what she wants,” Keller described the “Suits” actress in a Paris Match interview.

She said, “I wanted a modern and fresh silhouette, while respecting her style. A clean line, pure and elegant that Mr. Hubert de Givenchy created for his muses the first years of his house. I hope he would have been satisfied.”

The veil’s length was one they questioned, and in the end, it was designed to be five meters long. In comparison, Kate Middleton’s only reached a little past her waist.

Fifty-three flower designs were delicately embroidered at the edge of the veil to represent each Commonwealth state. Two of Markle’s personal favorites were also included: the Wintersweet, which grows in front of Nottingham Cottage, where she resides with Prince Harry; and the California poppy from her birthplace of California.

Workers had to wash their hands every 30 minutes to maintain the threads’ pure white color, adding to hundreds of hours’ sewing work on the veil.

As caught on video by royal wedding watchers, Prince Harry complimented his bride when he first met her on the aisle. “You look amazing,” he said.