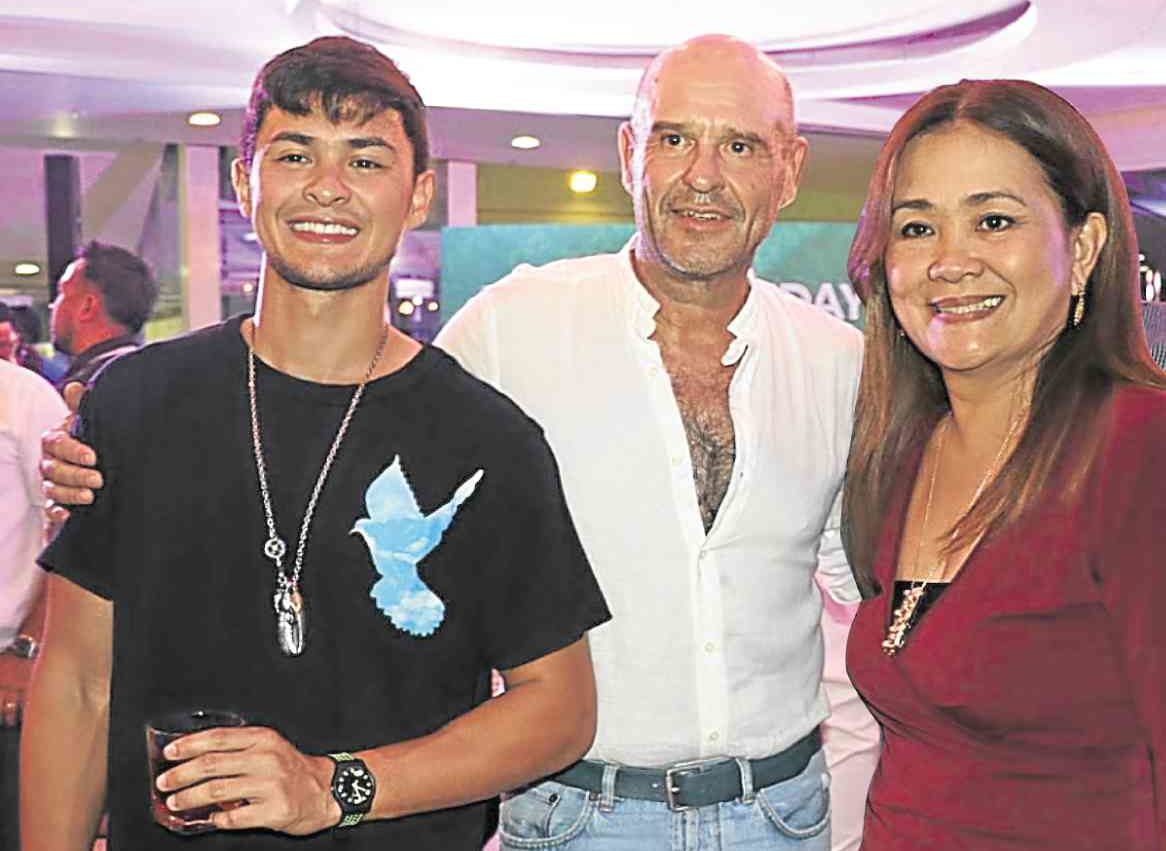 Matteo Guidicelli’s best-kept secret is out

Alabang’s—and Matteo Guidicelli’s—best-kept secret is finally out: guess where people in the south go to get their Italian food fix?

Da Gianni. Not only does the name sound Italian. It is truly Italian.

That’s only half the story. The other half is—and, face it, this is the initial draw—“Da Gianni” refers to show-biz swoon Matteo Guidicelli’s grandfather whose family made the Philippines its second home.

Matteo and his family opened Da Gianni a few months ago, a very quiet opening so that it almost seemed Alabang’s best-kept secret, with only its folk checking it out.

Then by word of mouth, the news spread that Da Gianni has Quattro Formaggi truffle pizza and Risotto with porcini and black truffle, Osso Buco—and lemon sorbet—to die for.

Even before it could open officially, the quaint resto at Westgate, Alabang, has diners at lunch, merienda and dinner, even on weekdays—that is a feat in the south where restaurants usually have dead weekdays.

When Matteo celebrated his birthday last March, Da Gianni turned into a party place, where celebrities streamed in to dine, party and to sing. Rubbernecks had a heyday, especially when Matteo’s girlfriend, Sarah Geronimo, showed up, looking so sexy yet ultra slim in striped stretched mini, her hair a relaxed bob that barely touched her shoulders.

Matteo, Sarah and their musician friends jammed until past midnight, giving Matteo a birthday to remember, especially when Sarah unabashedly asked Matteo in the middle of the song—“Talaga? Totoo ba?”

What the question meant—and what the answer was or would be—might remain unknown for some time, but then, that night, in March, Da Gianni’s by-now famous truffle pizza tasted so well when combined with—love.

Matteo’s Instagrammable birthday made Da Gianni all the more known, especially when such lifestyle movers and shakers as Virgie Ramos would come all the way to Alabang just to do lunch there, with friends such as director Rowell Santiago, scenographer Gino Gonzales, businesswoman Sandy Tan-Uy.

Aside from the pizza, pasta and steak, they look forward to Matteo whipping up his Tiramisu. (That, you must really try.)

Yes, Matteo can cook. In truth, the Guidicelli family can cook.

The home in Cebu and Manila built by Matteo’s grandparents, Franca and Gianni, became known for home-cooked Italian specialties.

At Matteo’s birthday dinner, the Guidicellis’ longtime friend, Gabriele Boschi, who was with his wife Julie, recalled how they looked forward to visiting the Guidicelli home because it was there that they could have the authentic Italian food, which reminded Gabriele of his native Italy.

Matteo’s grandparents Franca and Gianni Guidicelli decided to make Cebu and Manila their home, away from their native Venice, it is said, to be near their eldest grandchild, Matteo, the firstborn of their son Gianluca and Glenna Fernan, of the leading Cebu clan. It is said that Gianni’s office in Cebu was filled with photos and posters of his apo, then already a champion racer.

Gianluca and Glenna have Gianmatteo, Giorgia and the youngest, Paolo.

To say that Gianmatteo—Matteo now to everyone—was close to his grandfather whom he called “nonno,” is to understate the ties that bound the grandfather and the apo.

“It was nonno who introduced me to my first bike, my first go kart, my first car,” Matteo recalled when we asked him to talk about his folks.

Why, was your nonno into motoring, we asked.

“No,” he said, “he just loved whatever I loved, and trained me for it. But he’d also get mad if I did wrong.”

His grandfather died three years ago, not yet in his 80s.

“He used to smoke but when he was diagnosed with cancer, he stopped cold turkey. He actually survived cancer for about five years.

“Then, I remember that was before Halloween, he complained of chest pains and said he couldn’t go out with us that night.”

His grandfather was confined in the hospital, but would recover somewhat.

Then the Canada concert commitment of Matteo came, one that the young celebrity would never forget. He had to fly even if his grandfather wasn’t all that well.

“On the flight to Canada, I remember, on the plane, from the side of my eye, I saw my nonno sitting beside me. He was in a pink shirt. He wore usually pastels, never black.

“So the moment I landed, I turned on the CCTV and looked at his room at home. He wasn’t there. I called home and they assured me he was alright.”

In truth, his family didn’t want to make him feel worried before the concert. His grandfather had been brought to the hospital.

It was only after the concert that his folks told him to take the first flight home. Before takeoff, he managed to talk to his nonno on the phone.

That was the longest and insufferable flight Matteo had to take. His nonno was gone upon his return home.

“He was so generous. Even the staff of Makati Med remembered him as a very generous man. On his deathbed he was asking the family to take care of the employees, to make sure their children would be sent to school.”

Matteo cherishes a childhood of lunches and dinners in his grandparents’ home—the delicious Italian dishes cooked by his grandmother.

His nonna, as he called her, died eight years ago, before his nonno.

“But she left behind two domestic help, Antonia and Jean, who knew her recipes. She even taught them to speak Italian,” Matteo recalled.

“My dad had always wanted to open a restaurant dedicated to my nonna, but we never got around to doing it because we’d been so busy,” Matteo said.

That was until after his grandfather died, and his dad got to cooking himself, that his dad decided to make that plan into a reality.

“Antonia and Jean became the head chefs when we opened Trattoria in Cebu,” Matteo said, happy and proud that their domestic help now have positions in the family business, and are given shares in the business, to boot.

When the family decided to open another restaurant, this time in Alabang, Antonia and Jean “trained real chefs,” Matteo said with even greater pride.

The dishes at Da Gianni were heirloom recipes of Matteo’s grandmother—the Pasta Ragu, Lasagna, the raviolis, Risotto fungi porcini, porchetta, minestrone, among others.

Matteo was telling us this on the phone as he was busy at Da Gianni—“I’m in the front of the house, overseeing staff,” he said.

He loves to cook vongole, and now he’s into coffee. Their beans are from Sultan Kudarat.

But apart from the grandmother’s specialties, the Guidicellis’ treasure trove, if you ask us, consists of the bond that ties them.

The Guidicellis not only cook, they’re also into racing, triathlon together, and sometimes music.

“My family is doing Ironman,” Glenna told us just this week.

They’re among the most close-knit families we’ve been with, and with very strong familial values that don’t exclude the less fortunate. Inclusive, as they say of today’s proper behavior.

They say the food carries the thoughts and moods of the cook. Perhaps that’s why friends love the Guidicellis’ home-cooked Italian specialties—they must carry the good vibe. And this is carried over to their restaurant dishes somehow.

Who knows we might get wind of the answer soon. Abangan.