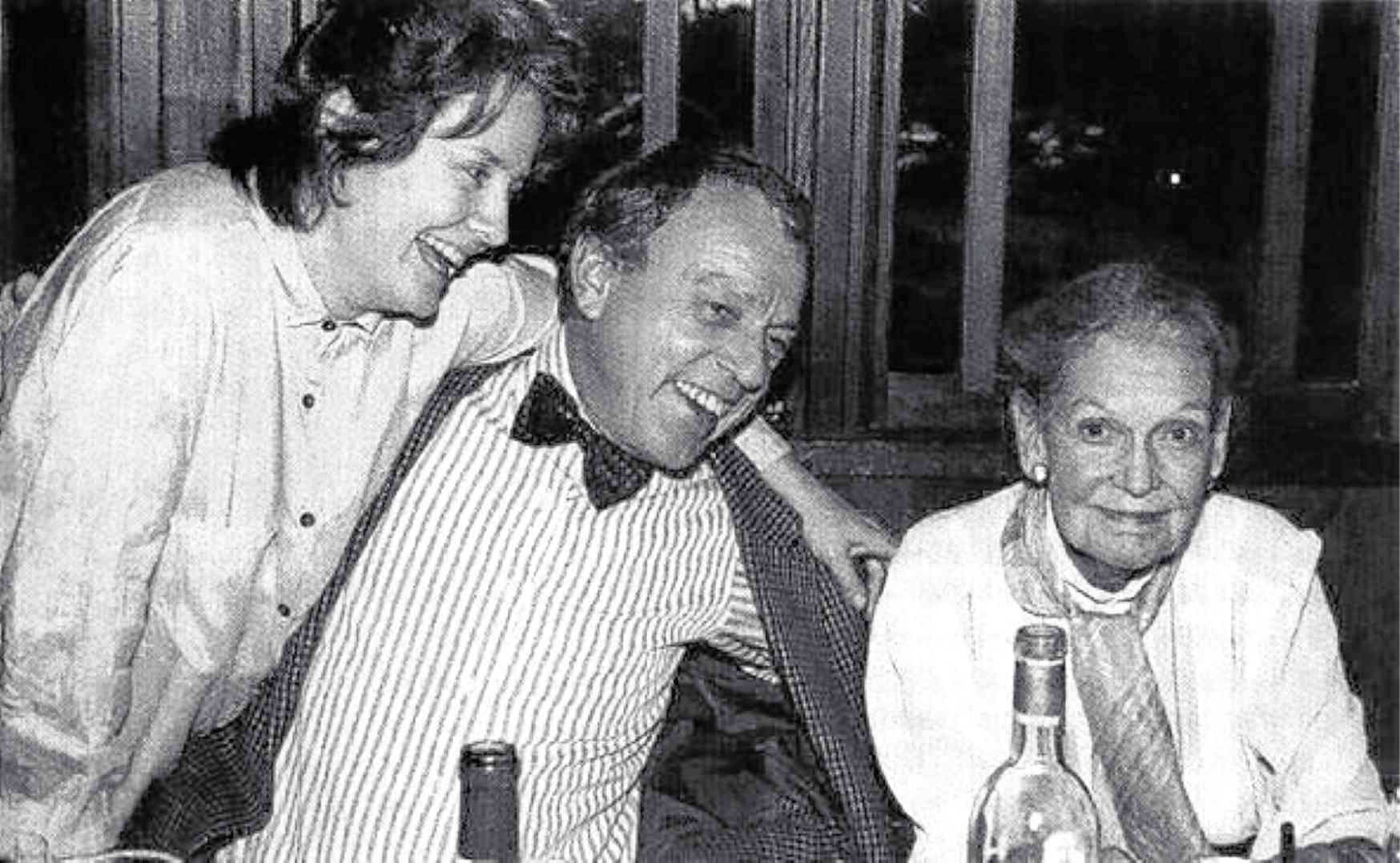 For a talk on “Building Your Food Library,” I had to go through my collection, which has grown so much it can’t fit anymore into my bookcases. Many of them I acquired because they were recommended in book reviews. Others had authors known to be the best food writers.

I have only a few recipe books or outright how-to-cook titles. I prefer books that tell stories of dishes and the people who cook them. The funny thing is, I sometimes don’t know when and where I obtained the books.

But I remember how I got “Simple French Food” by an American writer, Richard Olney, originally published in 1974. His name may not figure with many of today’s food writers, but I got to know him through writer and bon vivant Abe Cruz, who gifted me a copy of the book.

Apparently Cruz had read one of my articles and probably thought I could learn the craft of food writing from Olney.

Olney is regarded as an exceptional food writer, notable cook, and wine expert—though without formal training. He had natural talent and loved to eat, learning from good chefs of the time.

He was also a painter, a craft which he studied.

During a study trip to Iowa, I bought a book on Olney because I was in his home state, where he was born in Marathon, a city in Buena Vista, Iowa, in 1927. The book, “Reflexions” (Book Tower Press, 1999), was his autobiography, but it took several years before I finally got to read it.

It was so entertaining that reading it took up most of my free time. I learned about Olney’s interaction with African-American author James Baldwin and the noted food writers then. He loved Elizabeth David, who’s British, and Alice Waters, an American. Olney didn’t think MFK Fisher deserved her accolades, and was exasperated with Julia Child who he thought meddled with the French cooking portions of “The Good Cook’s Encyclopedia,” a Time-Life series of 27 volumes which he wrote and produced.

Child must have known about how Olney regarded her. In a New York Times article on Olney’s death, she said: “I think he enjoyed being difficult. But on the other hand, he could be absolutely charming if you treated him like the genius he considered himself to be.”

The food world knows Peter Mayle and his books about Provence. But before him was Olney, who made the region, particularly Sollies-Toucas, his home where he built his own wine cellar as well as the road going to his house, and where he also died in 1999.

While he had difficulties in his relationship with many of his so-called friends, he had close ties with his family. His father, who didn’t understand Olney’s career choice, as painter originally, supported his stay in France for as long as he could.

That was easy during the early 1950s, when the exchange rate was $1 to 500 francs which could pay for a meal and wine.

He went on tour with his family, including his parents, welcomed siblings and their children to his place. He cooked for them or brought them to the best restaurants, did paintings of them and told them about great wines. 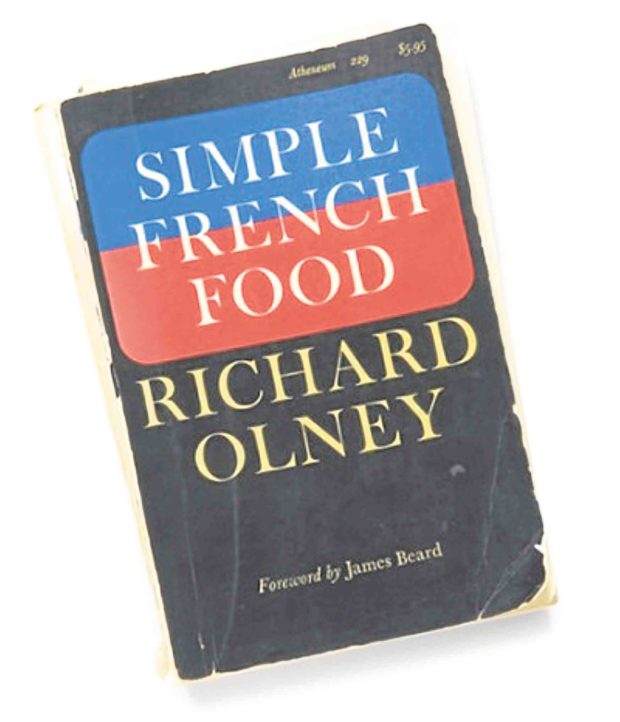 He was extremely pleased when one of his nephews, John, studied wines, worked in wineries, and went into the wine business on his own.

Olney’s writings included commissioned work about two of the great wineries in France, Chateau d’ Yquem and Romanee Conti. I was surprised to find “Romanee Conti: The World’s Most Famous Wine” (St. Martin’s Press, 1995) in my collection, as well as Olney’s “The French Menu Cookbook” (Ten Speed Press, 2002), a collection of his monthly columns in the ’60s for the French culinary magazine Cuisine et Vin de France.

While feeling joyful about those titles, alas, I couldn’t find “Simple French Food.” While I can just order a new copy from Amazon, the original copy that Abe Cruz gave me was more precious.

One of the anecdotes in “Reflexions” is memorable. On Olney’s first year in France, he was boarding at a place and had very little money. He recalled his first taste of mashed potatoes, “the best I had ever eaten, pushed through a sieve, buttered and moistened with enough hot cooking water to bring them to a supple, not quite pourable consistency—no milk, no cream, no beating. I had never dreamed of mashing potatoes without milk, and, in Iowa, everyone believed that the more you beat them, the better they were.”

Olney had vivid memories about the meals and wines had. It helped, of course, that he kept the printed menu of lunches and dinners he attended or cooked. But his recall was so much detailed, years after when he started to write “Reflexions.”