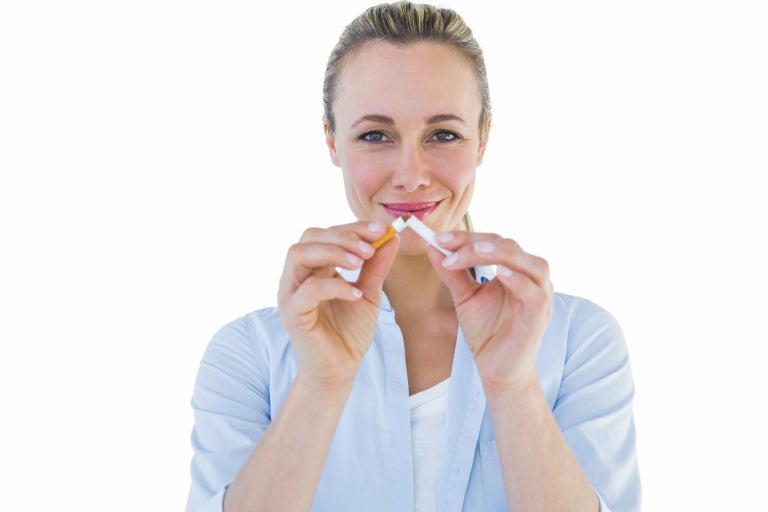 World No Tobacco Day 2018: Are e-cigarettes a safe way to quit?

Thursday, May 31 marks World No Tobacco Day 2018, organized by the World Health Organization (WHO) to help remind us all of the dangers of smoking and how it may affect our own health and that of those around us.

Many of us are now trying to quit smoking with the help of e-cigarettes, but by using the devices we may be exposing ourselves to a new health risk. The last few years have seen a rise in the number of studies looking into what potential dangers e-cigarettes may bring, and although some have produced conflicting results it seems they are not as harmless as once thought.

Here we round up some of the recent research to show what we know so far, and why World No Tobacco Day might be a good time to quit e-cigarettes as well as conventional cigarettes.

A large-scale study that looked at data from nearly 70,000 participants found that daily e-cigarette use was associated with nearly double the risk of having a heart attack. Smoking tobacco cigarettes each day was associated with nearly three times the risk, and using both together on a daily basis leads to five times the risk of heart attack, when compared to non-smokers.

Preliminary research from University of Louisville also found that popular chemicals used to flavor e-cigarette liquids may cause changes or damage to heart muscle cells, with chemical used for cinnamon flavoring stopping heart cells from moving or contracting for up to 24 hours, while chemicals used for clove, floral and citrus flavoring made cells beat faster.

Harmful to the immune system

United States research published earlier this year found that the chemicals used to flavor e-cigarette liquids, which are heated up by the device to create a vapor which users then inhale, are toxic to white blood cells. The team directly exposed a type of white blood cell called monocytes, which help the body fight infection, to a selection of e-liquids.

They found that the flavoring chemicals and liquids can cause significant inflammation to cells, with many of the chemicals also causing significant cell death. Some flavors were found to be more damaging than others, with cinnamon, vanilla and buttery flavors among the most harmful. Mixing e-cigarette flavors also had an even more damaging effect than exposure to just one flavor.

A United Kingdom study found that e-cigarettes may increase the risk of developing pneumonia, as they can prompt pneumonia-causing bacteria to stick to cells lining the airways, increasing susceptibility to the disease.

The study did not directly compare the risk of e-cigarettes to tobacco cigarettes, but the researchers said the results suggest that those who use e-cigs may be at higher risk of lung infection than people who do not use the devices.

According to a 2016 U.S. study, electronic cigarettes are also just as damaging to gums and teeth as conventional tobacco cigarettes. The researchers found that when gum tissue is exposed to the vapors from e-cigarettes, the cells released inflammatory proteins which aggravated stress within cells, potentially causing damage which can lead to various oral diseases.

Some of the flavoring chemicals used in e-cigarettes also made the cell damage worse. A Canadian study published the same year also found that a large number of mouth cells died within days of been exposed to e-cigarette vapor in the laboratory. JB

France had a million fewer smokers in 2017—ministry