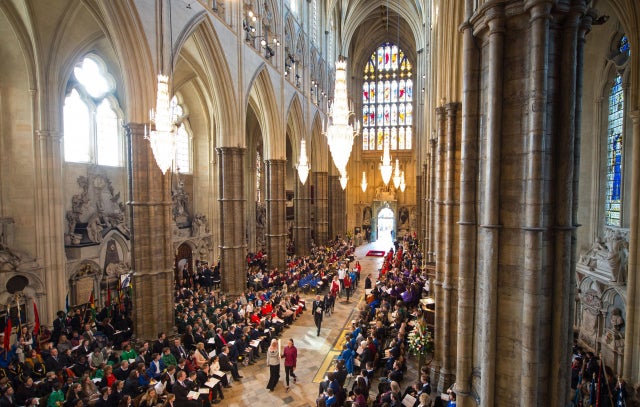 A space on top of London’s Westminster Abbey that was once used for storage has been turned into a new gallery with a spectacular view on the nave that opens to the public on June 11.

The space was intended for chapels that were never built and has been closed to the public ever since it was built 700 years ago.

Late poet John Betjeman referred to the space, 16 meters (52 feet) above the abbey floor, as having the “best view in Europe”.

The “Queen’s Diamond Jubilee Galleries” are accessible through a lift and 108 steps built inside a new tower — the biggest architectural change to the historic abbey since the 18th century.

The gallery will display 300 treasures from the abbey collection, including a 13th-century altarpiece, the oldest surviving one in Britain, and the marriage certificate of Prince William and Kate.

Westminster Abbey, the traditional place for coronation and burial of British monarchs, has more than a million visitors a year. AB