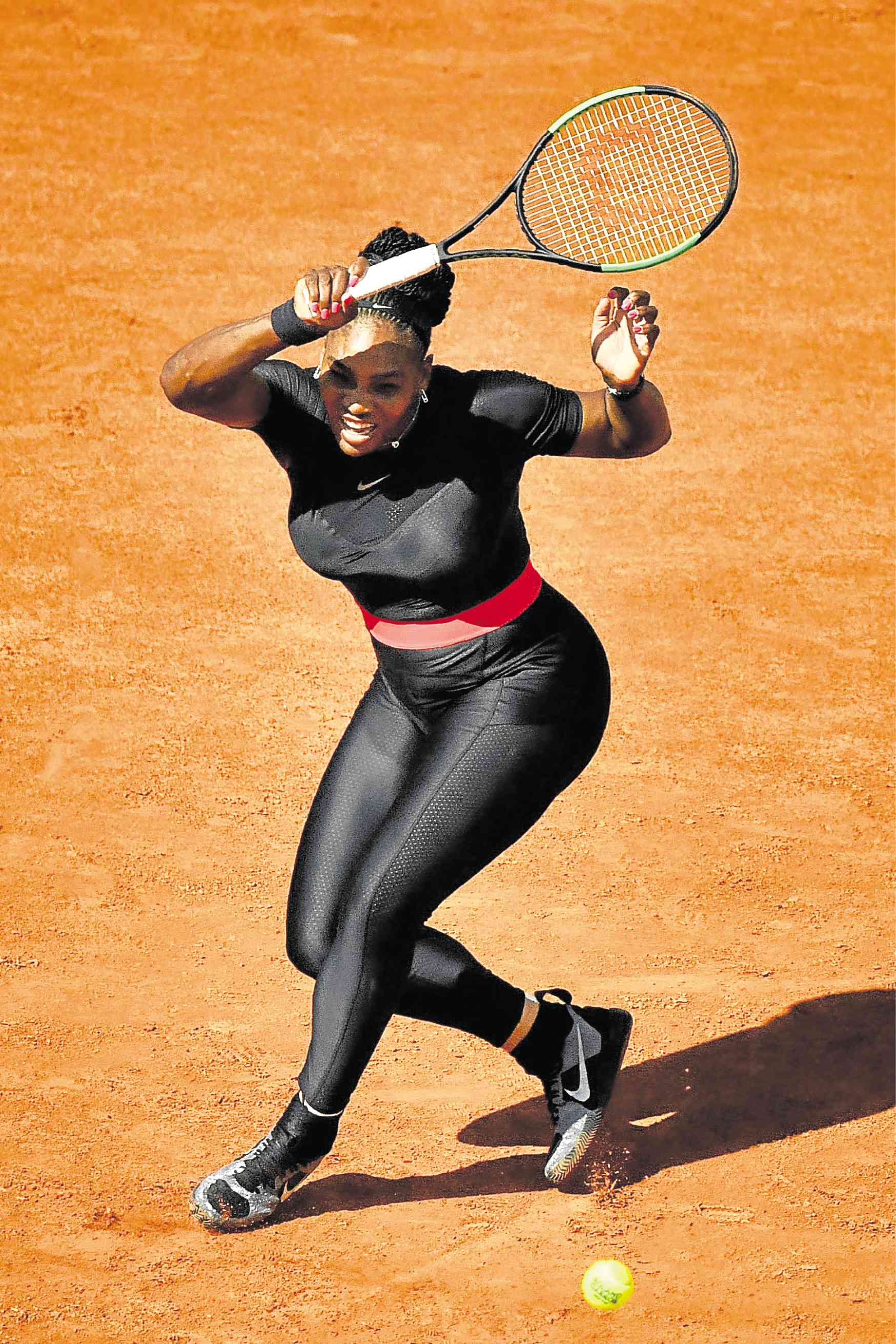 Serena Williams in her superhero bodysuit at French Open 2018 –AFP

Serena Williams in a ‘Wakanda’ catsuit–and other wild tennis outfits

The press has called it the mother of all comebacks.

The unseeded three-time French Open champion made her first Grand Slam appearance at Roland Garros since becoming a mom.

In her first match (in which she beat Kristyna Plizkova of Czech Republic), Williams wore a black Nike catsuit with a thick red band around the waist, which showed off her toned, post-pregnancy form.

(In an article for CNN, Williams wrote about having almost died after childbirth due to medical complications.)

Williams posted her image mid-serve on the clay court, on Instagram Wednesday, with the caption: “Catsuit anyone? For all the moms out there who had a tough recovery from pregnancy—here you go. If I can do it, so can you.”

Williams doesn’t take her court costumes lightly, such that she works with her sponsor —in this case, Nike—in designing them.

She told The Guardian of her superhero-theme costume: “It feels like this suit represents all women that have been through a lot mentally, physically, with their body to come back and have confidence and to believe in themselves.

“I call it, like, my Wakanda-inspired catsuit. We designed it way before the movie [“Black Panther” ], but still, it reminds me of that.”

Williams has worn a white trench coat during warm-up in a previous tournament. She has gone neon, and done crop tops.

Her sister, Venus Williams, also has had her fair share of eyebrow-raising court outfits—from lace corset to peek-a-boo.

Tennis fans have seen a motley of risqué and controversial outfits on court, on both women and men players. In fact, Williams wasn’t the first to don a catsuit on court (and she has worn one before, in neon pink). That would be fellow American Anne White, in Wimbledon in 1985, though it was in the England club’s regulation white.

Here are some of the wildest we’ve seen on court.