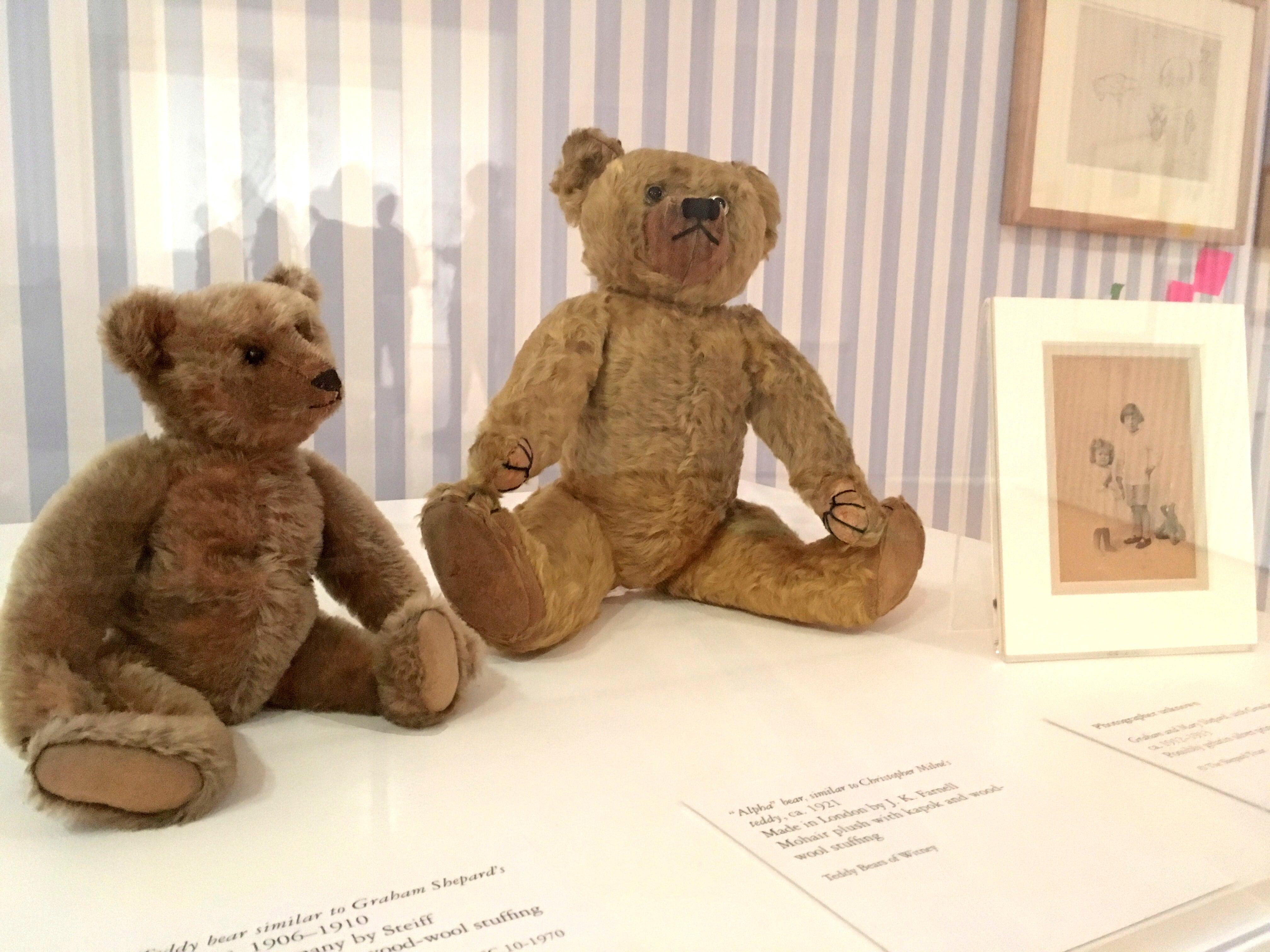 This May 29, 2018 photo shows stuffed bears like those owned by the sons of A.A. Milne and E.H. Shepard, the author and illustrator of the Winnie-the-Pooh books. Atlanta's High Museum of Art is hosting an exhibition called "Winnie-the-Pooh: Exploring a Classic" from June 3 to Sept. 2, 2018. Image: AP/Kate Brumback

ATLANTA (AP) — A new exhibition in Atlanta celebrates Winnie-the-Pooh, wandering through his magical world and giving visitors a peek behind the scenes at the people, relationships and inspirations behind the “silly old bear” and his friends.

“Winnie-the-Pooh: Exploring a Classic” opens Sunday at the High Museum of Art. It highlights the intensely collaborative relationship between author A.A. Milne and illustrator E.H. Shepard, who brought the stories to life, and guides visitors through those tales and their lessons.

“It’s the idea that a writer can imagine a whole world but the written descriptions can only go so far, and then the illustrations take you the next step,” said Virginia Shearer, the High’s director of education.

Milne was inspired by his young son’s stuffed toys to create stories about a boy named Christopher Robin (his son’s first and middle names) and his beloved Winnie-the-Pooh, also known as Pooh Bear. The bear and his plush friends come to life on the page just as they do in the imagination of a child, animated by witty prose and playful drawings.

In a room hung with pale blue and white striped wallpaper to evoke a nursery, a faux window looks out on the imaginary world created by Milne and Shepard as the only known recording of Milne reading from the “Winnie-the-Pooh” book of stories plays in the background. A glass case houses replicas of the plush toys that inspired the characters.

Milne invited Shepard to his home to draw portraits of his son’s toy animals “from life” and hosted Shepard at his country home so he could observe and sketch the trees and landscapes that inspired the Hundred Acre Wood, where Pooh and friends live. Some of the pencil-sketched studies that resulted are on display in a part of the exhibition that explores their collaboration.

Drawings grouped by the chapters in “Winnie-the-Pooh” and “The House at Pooh Corner” are the exhibition’s main focus. Story panels at adult eye-level give brief summaries of the chapters. Panels at child eye-level are written for beginning readers and encourage children think about the lessons learned.

The exhibition ends with a room filled with Winnie-the-Pooh merchandise, ranging from the earliest days to the present, to illustrate the spread and growth of the brand. It includes the familiar plush bear with a red T-shirt reading “Pooh” marketed by Disney, which bought the character rights in 1961.

The exhibition is a continuation of a series at the High that puts the spotlight on children’s book authors and illustrators.

“I think with all of these projects we’re encouraging people to look closely at what they have at home and realize they have works of art in their own homes,” said co-presenting curator Ginia Sweeney. Another goal, she said, is to provide children with skills they can use to visit and enjoy the rest of the museum and to give parents the tools to help them.

Shearer and Sweeney said they hope the exhibition inspires children to get outside, away from screens, to have adventures.

“Christopher Robin says his favorite thing to do is nothing because you have so many possibilities when you have nothing to do,” Sweeney said.

The exhibition was organized by the Victoria and Albert Museum in London. After its U.S. premiere at the High Museum, where it will be on view from Sunday through Sept. 2, the exhibition is set to be on display at Boston’s Museum of Fine Arts from Sept. 22 through Jan. 6 before heading to Japan. CC