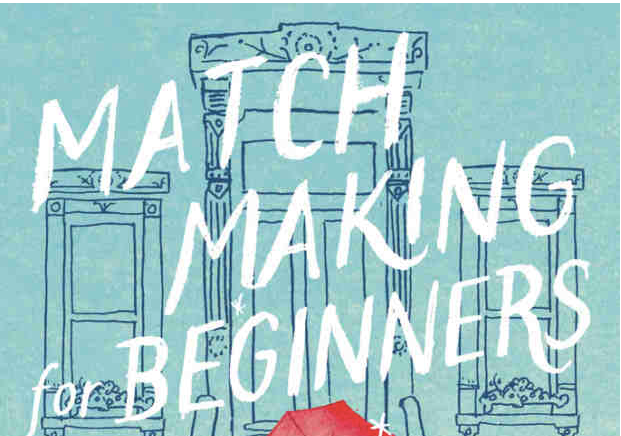 Just in time for summer, Maddie Dawson serves up a delightful, light-as-air romance that successfully straddles the line between sweet and smart without ever being silly.

In “Matchmaking for Beginners,” readers are introduced to Marnie MacGraw at her fiancee’s family Christmas party. When she commits the unforgivable sin of refusing the hostess’ rarebit, thinking it’s a dish made from rabbit, Blix, a boisterous Brooklynite and Marnie’s future great-aunt, swoops in to rescue Marnie and we’re off.

Blix recognizes in Marnie a kindred spirit — as both women, one just starting out in life and the other nearing the end, possess an uncanny ability to see love and its potential.

Despite her extrasensory abilities, Marnie fails to recognize the flaws in her future husband who abandons her at the altar — almost. The marriage lasts just two weeks, and its demise sends Marnie into a crippling depression. She retreats to her parents and married sister, whose own domesticity becomes a model for Marnie.

Marnie tries to convince herself that she’s ready-made for her own version of suburban solitude with a former beau. But Blix gets the last word as her will reveals she’s left her aging brownstone — and its quirky residents — to Marnie. The young woman is stunned and plunged into brand-new turmoil.

Despite the deceptively thin volume, Dawson rolls out a cast of endearing and realistic characters and a rollickingly fun storyline full of skillfully drawn twists and turns. Readers see shades of “Tales of the City” as the naively sweet Marnie is introduced to Brooklyn, which stands up on its own as a key character.

The novel is simply captivating from beginning to end. MKH