All Disney, all the time—in one app | Inquirer Lifestyle 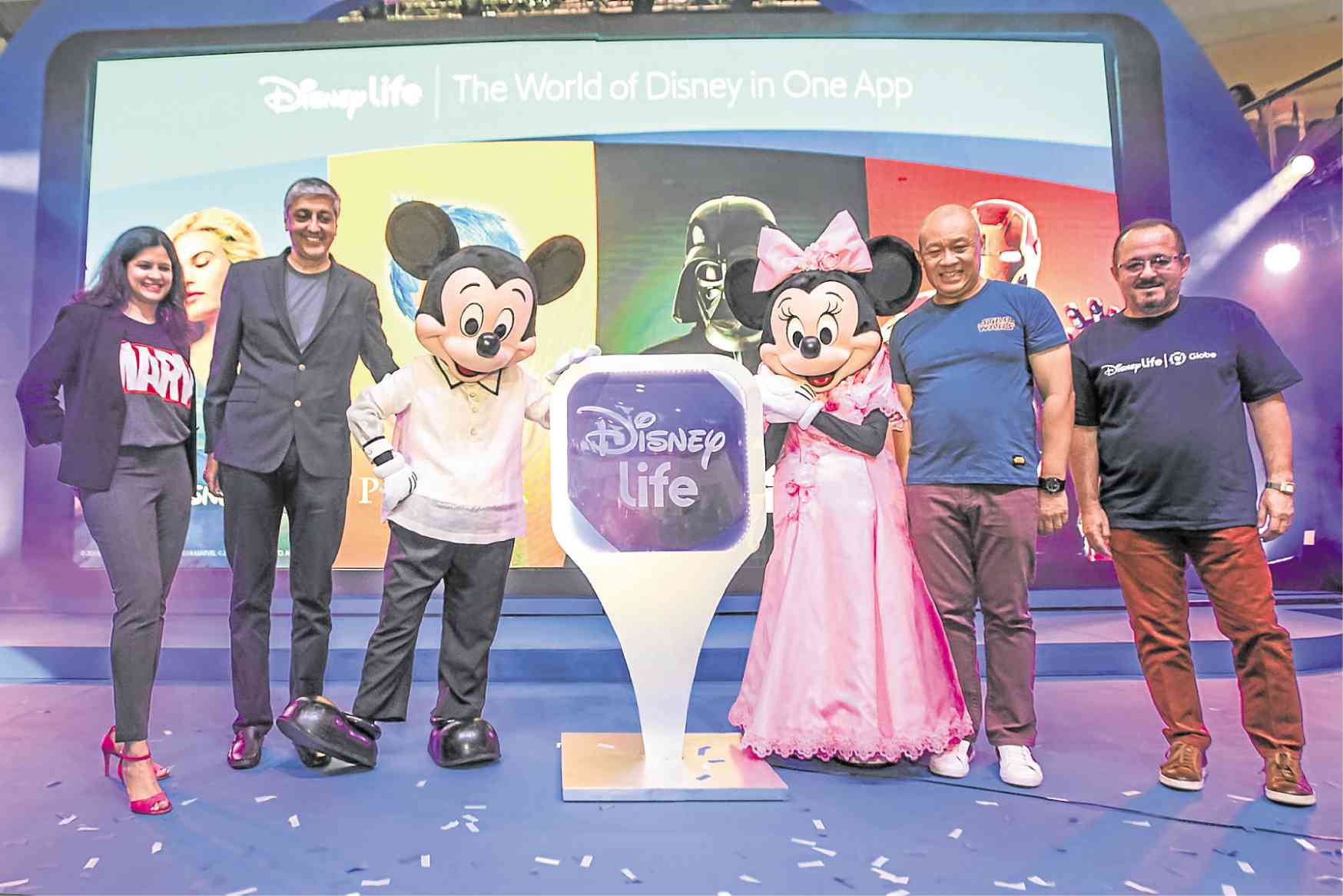 All Disney, all the time—in one app

How much Disney can you really handle? You can put that to the test when you try out DisneyLife: The World of Disney in One App, the spectacular new app from Disney and Globe.

What’s so great about it? You can download and watch Disney’s films both animated and live-action—including 1937’s pioneering “Snow White and the Seven Dwarfs” and 2016’s “Moana.” “The Chronicles of Narnia: The Lion, the Witch and the Wardrobe?”  Check. “The Mighty Ducks?” Check. And when they say “Disney,” they mean movies from Disney’s powerful brands: Pixar, Marvel and Lucasfilm. So yes, you get Cinderella, Buzz Lightyear, Iron Man and Luke Skywalker all in one app.

Do you want to build a snowman? Stark Tower, Radiator Springs and Tatooine are now all part of your world. In fact, we could fill this space wth nothing but the titles of everything the DisneyLife makes available on your phone or tablet.

That’s because the DisneyLife app also allows you to watch a ton of original Disney TV series such as “Descendants,” “Ducktales” and “Star Wars: Rebels.” Oh, and you can listen to all the Disney songs, including the soundtracks of  “Aladdin” and “Frozen” and pop albums from Selena Gomez and Demi Lovato.

The numbers stun: 350+ movies, 5,000+ TV episodes and 6,000+ songs. You can have all of that for just P149 a month. That is an excellent prize for access anytime anywhere to content that has endured for over eight decades and made billions of dollars at the worldwide box office.

These were the elements celebrated when DisneyLife was launched last May 25 at the Glorietta Activity Center in Ayala Center Makati. The event was powered by the enduring relationship between the Walt Disney Company South Asia and Globe Telecom.

“I think Disney is a preeminent if not the top entertainment company in the world,” Ernest Cu, president/CEO of Globe, told Super about the reason behind the project. “Globe’s goal is to bring top-notch entertainment to the Filipino people. There’s no better company to partner with because their content’s appeal spans over so many age groups, from children all the way to adults and the best thing I like about Disney content is that it’s evergreen. It never goes stale. People are still watching ‘Snow White.’ They still love Minnie Mouse and Mickey Mouse. They still love Cinderella. After all of these years, it’s all still relevant. I think it’s fantastic for Globe to have the opportunity to partner with such a great company and for them to appreciate to appreciate what we bring and the assets that Globe brings to the partnership as well.”

Mahesh Samat, executive vice president and managing director of the Walt Disney Company South Asia said it made perfect sense to do DisneyLife with Globe: “We’ve been working with globe now for several years in different forms of partnerships. Our goals are convergent. They have a very good understanding of the Filipino consumer. They have very good backbone of technology that would be married really well with the unique and vast array of content that we have.”

Filipinos love Disney, of course. Growing up Pinoy is to be indoctrinated in the wonders of Disney—and now that includes “Star Wars,” “Captain America” and “Cars.” “Disney loves the Philippines,” Cu said. That’s also something we’ve discovered with our partnership. Their content appeals to so many Filipinos.” Samat expounded on this further: “There has historically been a strong affinity of the Filipino with the Disney brand and that has now extended to brands like Marvel, Lucasfilm and Pixar. Just last month, ‘Avengers (Infinity War)’ was the single biggest movie of all time in the Philippines. There is the optimism, the decency, the fun that Disney films represent that works really well and resonates really well with the Filipino consumer who shares the same values.”

It cannot be emphasized enough just what a fantasia DisneyLife offers up with so much content—content that you can take with you with its download function, essentially creating Disney on the go. Can this be a prophetic sneak peek of the much-rumored Disney-exclusive streaming service? It’s also a tool for speculation as well as nostalgia. DisneyLife also works toward the future—you can catch the newest episodes in Disney’s TV shows through the app.

Cu explained that he thinks it’s the music that makes DisneyLife truly special.

“I think that’s a differentiator, because most such apps don’t have access to the music,” he said. “This one they put everything they owned into one app. That’s unique. That’s a big deal.”

For Samat, the app gives consumers the ultimate ability to choose: “The fundamental fact is that you have choice, you have personalization and you have convenience all together make it the right app.”

Globe subscribers can immerse themselves in the same kind of rich content through the free trials. The monthly P149 rate has its own impressive numbers: access DisneyLife through six accounts, 10 gadgets and four devices at the same time.  Cu added that they had big plans for DisneyLife and for Globe’s original programming for the future. “Our focus will be to make the brand and the app to appeal to a wider segment of the population, he said. “Today, US content is for the upper class. We want to bring down so it appeals to everybody. That’s why we’re producing films in Tagalog. We’re producing series in Tagalog. We will do this so that our apps will have appeal across many different segments of the population.”

Samat explained that this was all part of the big Disney plans: “I think the most important thing for us is the end consumer and we want to continue to engage and entertain the fans and Disney consumer as we have the last several years.”

The breadth and depth of the Disney multiverse was on display at Glorietta, as Mickey and Minnie Mouse made appearances dressed in a Barong Tagalog and a Baro’t Saya, respectively. We even saw performers dressed as Captain America and Elsa.

Get Disneyfied now. Don’t let this go. Become the King of Pride Rock. Swashbuckle with Jack Sparrow. Get tangled with Rapunzel. Rediscover the magic of “The Wizards of Waverly Place.” Swing along with Spider-Man. Enter the Grid. Experience a world of worlds, go on an adventure of adventures. Live up the Disney life through DisneyLife.

DisneyLife works with iOS and Android devices and is available from the App Store and Google Play Store. Visit a Globe Store; or go to www.disneylife.ph, www.globe.com/content/disneylife.