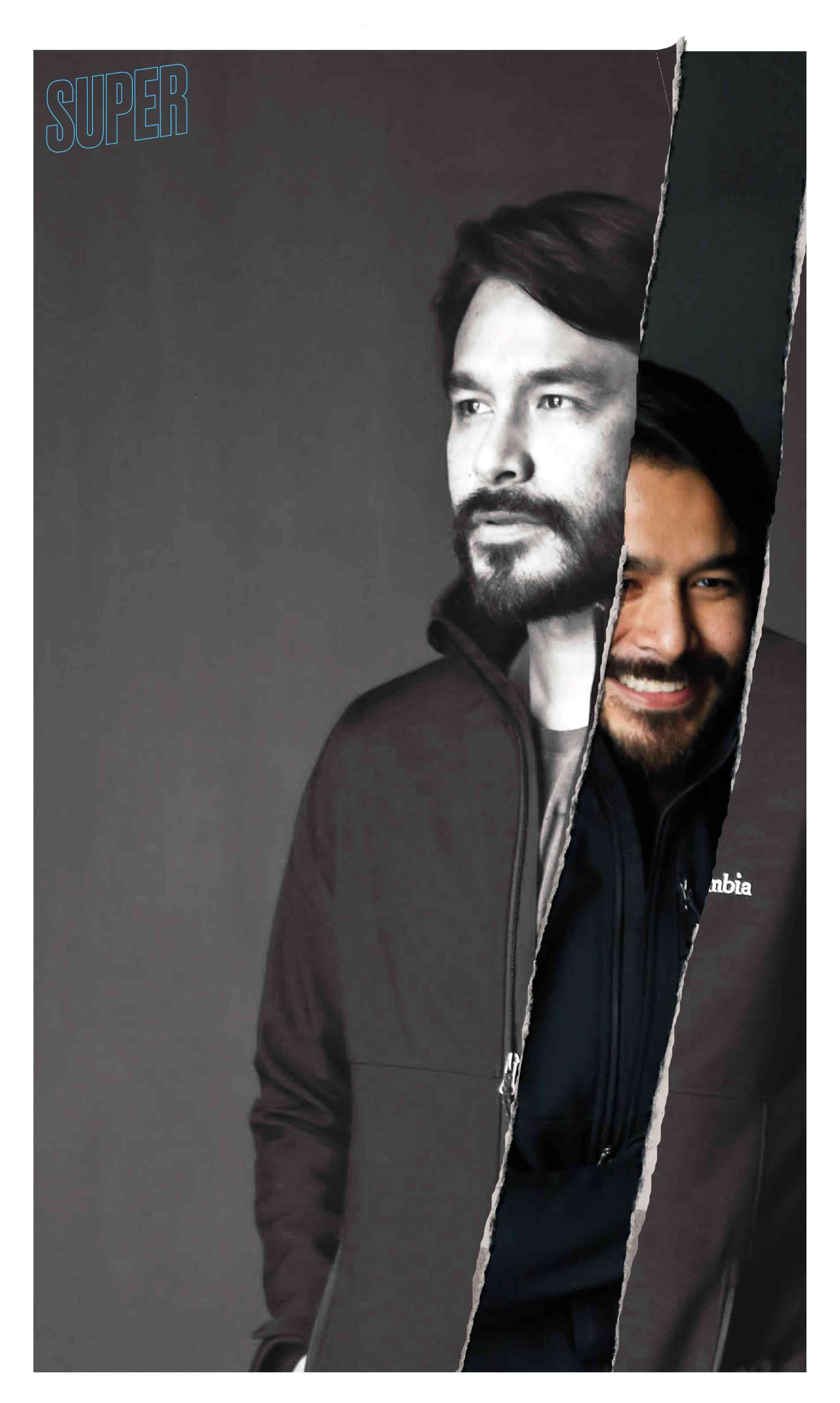 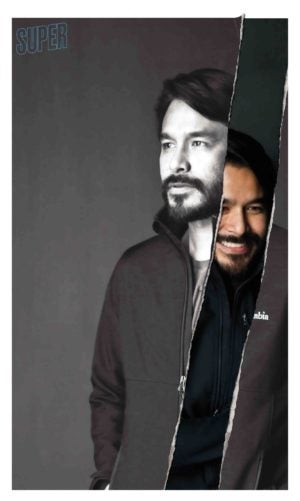 When I think of Atom Araullo, the image engraved in my mind is always in black and white. He’s often staring into the far distance, barely focusing on the unknown. There is always ferocity in his eyes. Shadows take over half of his face, and in his sternness, sincerity is found.

It is a visual memory that resonates with his prolific work. Atom always had a knack for the serious stuff. But on the day Super met this multihyphenate, we wanted to hurl the most nonsensical questions at him.

We tell Atom, who is also the newest endorser of Cherifer Premium, that we’ve filtered his fans’ quips of “will you be mine?” or “will you be my daddy?” But he shrugs it off and immediately recognizes these as valid questions nonetheless.

“So if it takes me a minute to pick out a question, that would make me answer less,” he teases as he fished through the questions Super prepared.

“I’m only good at the serious stuff,” Atom shares with a smile. It was a lie, of course. And, boy, did we discover that his laugh is absolutely intoxicating.

We tried to quiz Atom’s fun and trivial side with the help of the Super Fishbowl, but it seems the journalist had a huge magnet for the serious questions—and we can’t really say we’re surprised.

How do you grow and maintain your beard?

Just don’t shave! That is the secret—just don’t shave. It can get quite unruly—medyo mahaba nga ngayon kasi tinatamad ako mag-ahit. But, yeah, that’s my tip—it’s very simple.

What’s one documentary that you would like to pursue?

Let’s just say that there are a lot of stories about common Filipinos that I find fascinating. On how they struggle with their daily lives and try to live with dignity—that’s always something I’m interested in.

Talk about your most unforgettable coverage

It’s hard to compete with Supertyphoon “Yolanda” in 2013. That was a pretty intense coverage. I was still with ABS-CBN. But aside from that, there are a lot of stories that I would never forget, including reporting on the cases filed against former President Gloria Macapagal-Arroyo in court. It was a different kind of challenge.

There are also some documentaries that I did in the past. A recent one would be the story about Rohingya in Bangladesh for “I-Witness.” That was very overwhelming—the scale of human suffering that they were able to endure, and the challenge of telling that story and making Filipinos appreciate the situation there even though we’re not directly connected to the crisis.

Do you remember the first time you were “basted?”

You’re a multihyphenate of this generation, but what do you really want to be known for?

I want to be known as a dedicated journalist. I have a long way to go, I mean, I’m just 35. Journalism is one of those careers where you can be productive until your golden years and I think you just keep getting better.

At this stage of my career, I want to explore and see how—number one—I can be better at storytelling. But also how I can exploit other opportunities to make my work more sustainable and interesting and appeal to a wider audience. It’s not always easy as I’ve found out these past few months. A lot of people are watching but not all them will be all-out supportive. You just have to believe in the work that you do and try to remind yourself the reasons why you’re persevering. Because in the end, that’s all where it comes from.

What’s one question you hate asking as a journalist?

I can’t really say there’s one question that’s difficult to ask, but there’s one situation that’s very difficult to be in. It’s when you are talking to someone who recently lost a loved one. It’s very awkward for reporters to approach these people and ask them about what happened, ask them how they feel.

It feels like a very intimate and private moment, but this is the nature of our job. We just try to do it in the most respectful way. And again, be sensitive about the situation, respecting the person when they say they’re not ready to talk to media.

What’s one question you hate being asked as a celebrity?

There are a couple. Everything is fair game, I understand how it works. But I’m a very private person—sometimes I’d rather stick to things where I can elaborate on my opinion, or provide some insight about certain events or certain ideas. The rest is difficult for me not just because it’s a public setting, it’s just how I am as a person. My friends know me as someone who keeps to himself.

What’s the most important thing that your mom taught you?

Well, I guess, don’t be afraid to take a stand—and, panindigan mo.