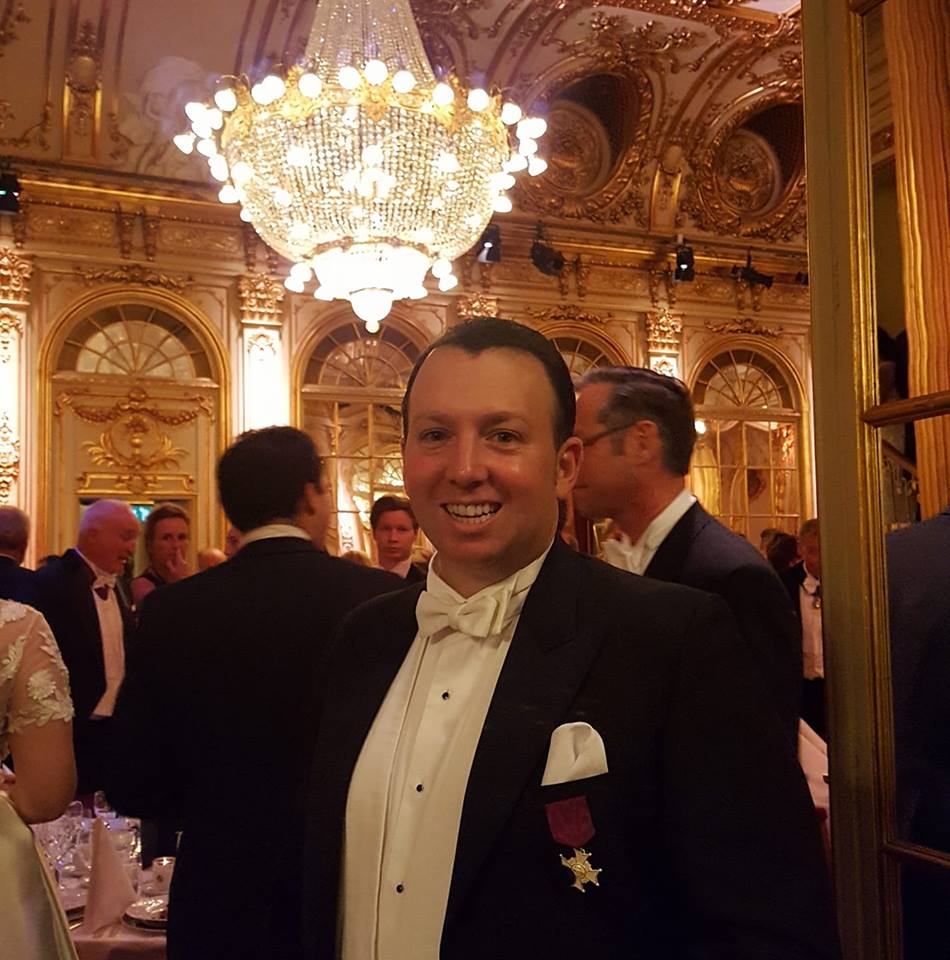 NEW YORK — Thomas J. Mace-Archer-Mills, Esq., knew more about the royal wedding than the millions who listened to his global TV commentary outside Windsor Castle — delivered in a posh British accent.

It turns out he’s a mere Italian-American mortal — from upstate New York.

The Wall Street Journal outed him as an ordinary American 10 days after the wedding of Prince Harry and Meghan Markle.

The 38-year-old, who performs as Mace-Archer-Mills, insists he’s no fraud; he really knows lots about all matters royal.

Muscatello says he’s never claimed he was born in Britain. He hails from Bolton Landing, a hamlet about 200 miles (322 kilometers) north of New York City where he grew up.

One thing is certain: He has gathered more information about the British royal family than you’ll ever want to know — a veritable laundry list of characters close to the throne reaching back to Oliver Cromwell, an English military and political leader and one of the signatories in 1649 of King Charles I’s death warrant that led to his beheading.

It’s all online under the auspices of an organization called the British Monarchist Society and Foundation, with himself as chairman and editor of a magazine called Crown & Country. The group has its own YouTube channel and even accepts donations.

Mace-Archer-Mills has constructed a whole British persona, wearing tweeds and a cap, or sometimes a top hat, and explaining that in his youth in the English county of Kent, “I learned to ride my horses.”

He told the Journal that he moved to England in 2012 and works in real estate, but offered no further details.

What matters most to him is to feel and live like a Brit.

On-camera during the May 19 nuptials, he referred to himself as “we” — noting that “we are all the same subjects under her Majesty the Queen.”

He calls a collection of cocktails he promotes “Their Majesties’ Mixers — When They Reign, They Pour.”