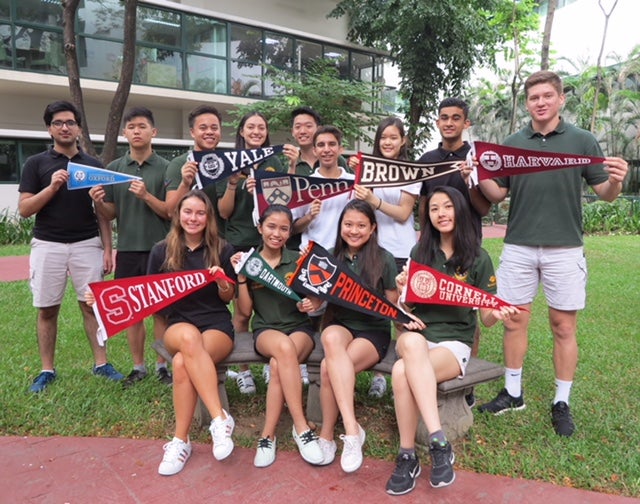 ISM grads get accepted to top US, UK schools

The acceptance rates for Stanford and Harvard this year are the lowest they have ever been, at 4.29 and 4.6 percent, respectively. From the 47,450 students who applied to Stanford, only 2,040 students were accepted. Harvard accepted only 1,962 students out of 42,749 applications.

ISM scholar Ma. Janel Consuelo Morales Perez will attend Dartmouth College. She was awarded the prestigious King’s Scholarship and will receive 100-percent funding for tuition, accommodation and travel, as well as specific mentoring and leadership training.

ISM’s Class of 2018 won acceptances to more than 200 universities, and their journeys in September will take them to 27 states in the US; across the UK; the East and West Coasts of Canada; and to half a dozen other countries.