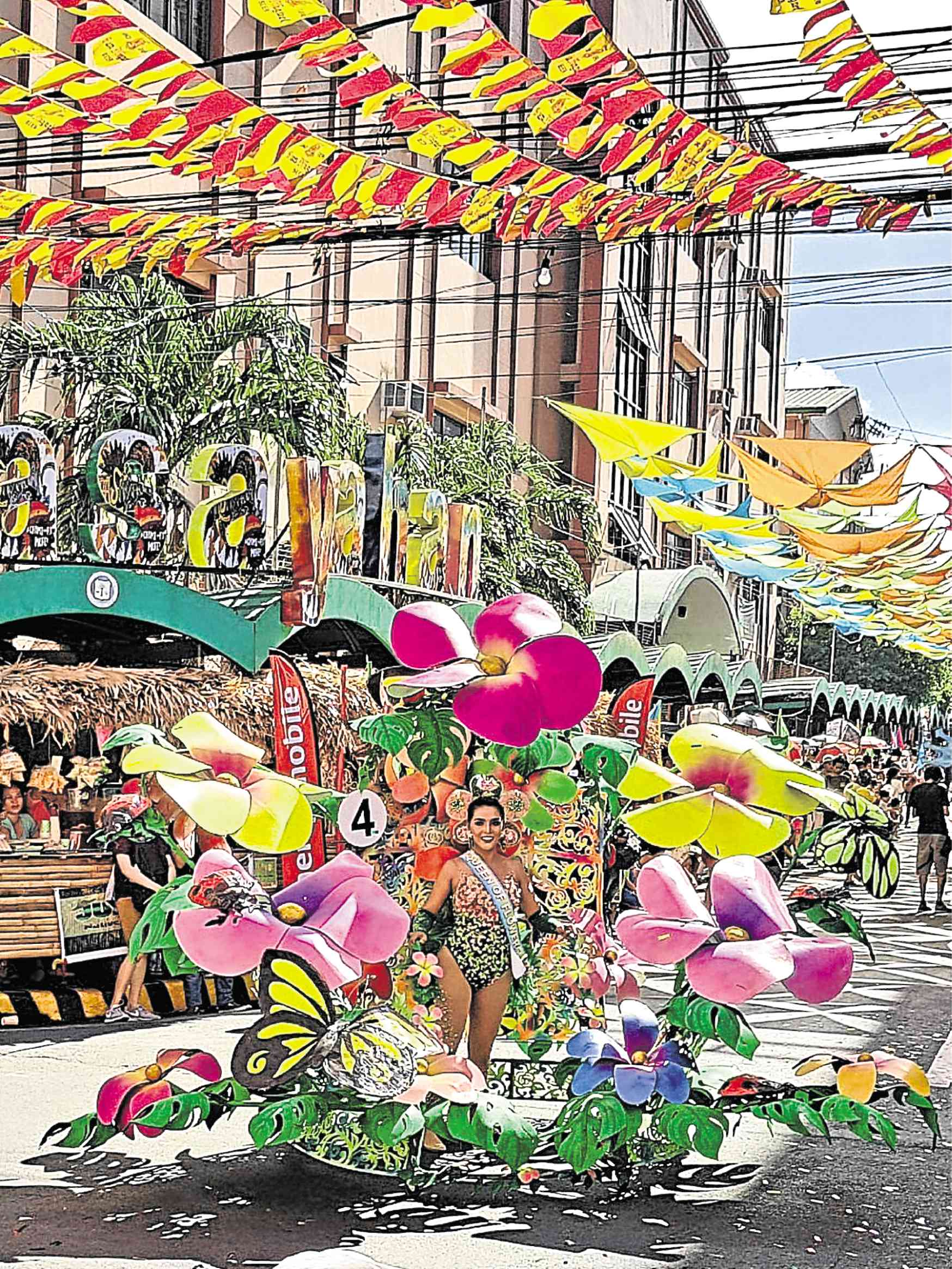 It was a big day for Lucena, the bustling capital city of Quezon province, and the local government led by Mayor Roderick Alcala pulled out all stops to make the event a success: the Pasayahan Festival, showcasing Lucena’s local culture, government, nongovernment and corporate services; agricultural products and marine life.

Things got underway with a motorcade bearing local politicians who, of course, had the coming elections in mind. Then the flower-laden floats of the Flores de Mayo hoved into view.

Drum majorettes and little drummer boys announced the arrival of the Carnival Queens, all 15 of them. It was a gay-friendly pageant, for the simple reason all of the queens were gays. And they looked like the real thing, regal and beautiful, décolleté and all. Gowns, capes, crowns, elaborate headgear and those heavy costumes swayed as the queens sashayed along the streets, paused before the jurors, introduced themselves and made a charming little spiel.

“Poor things they’re having a difficult time,” said one juror from Enverga university in Candelaria. “But they’re so poised and smiling bravely.”

The main event of the festival was the floats of the different companies, fast food chains, shops, government agencies, nongovernmental organizations, commercial outlets and service organizations. There was float upon float, each trying to outdo the others in vying for the approval of the judges. The floats celebrated the products of the company and the entity involved.

Rotary international, for one, had its advocacy: “End polio now.” An organization called Bagong Katipuneros had an appropriately revolutionary motif. Not as colorful as the others but a standout was the Bioderm float which showcased the balangay, “the ancient vessel of our fathers.” There were many native products made of local materials.–CONTRIBUTED