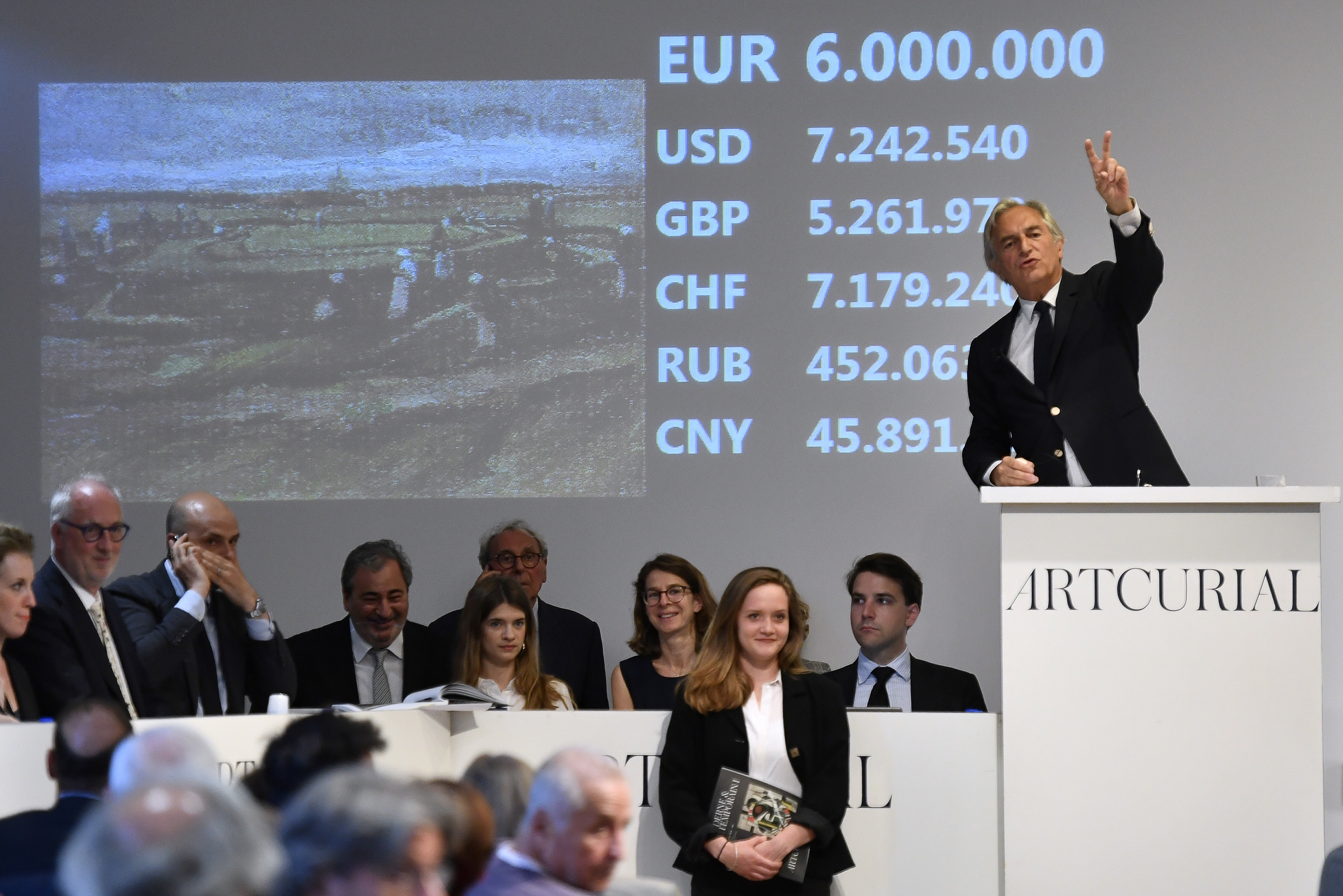 Auctioneer Francis Briest (R) announces the sale during the auctioning of the 1882 painting by Dutch artist Vincent Van Gogh "Women Mending Nets in the Dunes" at the Artcurial auction house in Paris on June 4, 2018. The first Van Gogh painting to go under the hammer in France in more than two decades sold for 7, 065, 000 euros to a US collector. / AFP PHOTO / GERARD JULIEN

A painting by a young Vincent Van Gogh was sold at an auction in Paris on Monday for more than $8.2 million (7 million euros), the Artcurial auction house said.

The “Raccommodeuses de filets dans les dunes” (Women mending nets in the fields) dates from 1882 and was bought by an American collector in a hot bidding battle that boosted the selling price far above the estimated value of between three to five million euros.

“It’s a world record for a Van Gogh landscape, in the Dutch period, sold at auction,” Artcurial said.

“There are no more than two or three auctions of Van Gogh works in the world each year,” the auction house added. In France, Monday’s event was the first auction of a painting by the Dutch artist in more than two decades.

Van Gogh painted the work early in his career when he was 29 years old.

“We already find all the characteristics of a Vincent painting, especially his treatment of landscape… a remarkable work, a milestone in the artist’s career,” said Bruno Jaubert, associate director of modern art at Artcurial.

It was the only landscape Van Gogh did at the time, painted in the countryside near The Hague, Jaubert said.

The former owner was a European collector who had lent the work to the Van Gogh Museum in Amsterdam for eight years until 2015.

The last sale at a Paris auction of a Van Gogh painting was in the mid-1990s of his “Le Jardin a Auvers” (The Garden at Auvers) which went for $10 million. /kga