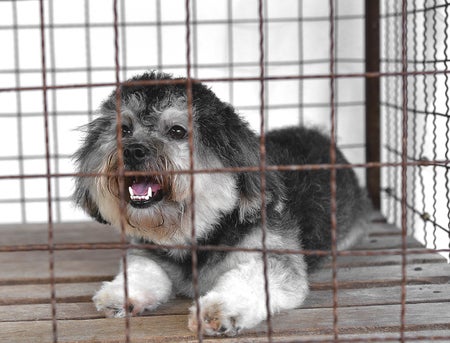 More than twenty cats and dogs were rescued by firefighters in Hefei, Anhui in China after a fire broke out in a pet shop.

The said animals were locked up in their cages during the blaze, as per Anhuinews.com via the South China Morning Post yesterday June 4. The incident happened on Thursday, May 31.

Upon arriving, the firefighters discovered that the pet shop was empty. They had to break down the shop’s door and saw through its shutters to get to the animals in time.

Although the firefighters were able to quickly bring the other animals outside, three puppies perished in the fire.

The firefighters acted with urgency as they resuscitated a cat and four dogs that passed out from the smoke. In the footage, one firefighter was seen massaging and pumping the chest of an unconscious dog while another administered oxygen to it. Meanwhile, another firefighter attended to reviving a kitten.

As of this writing, the cause of the shop’s fire is still unknown and under investigation. Cody Cepeda/JB

Korina Sanchez-Roxas opens up on her passion for dogs