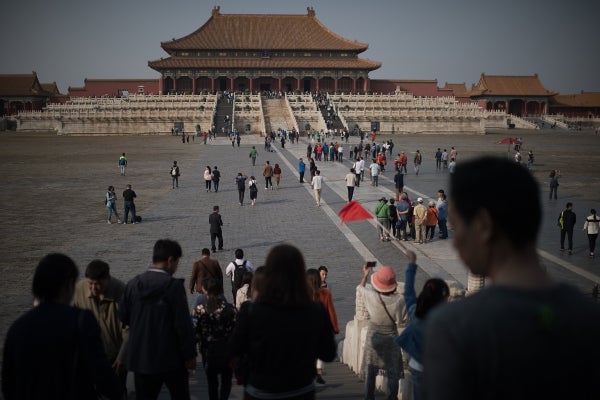 Overseas tourist arrivals to Beijing on the rise

International tourist visits to Beijing rose three percent in the first four months of the year.

According to the municipal statistics bureau, 996,000 overseas visitors visited the city between January and April, recording a year-on-year growth of 3.4 percent, reports Xinhua News.

The biggest source markets were the US, which saw 210,000 American passport-holders visit the Chinese capital and 70,000 visitors from Japan.

In transportation numbers, Beijing saw a total of 1.2 million visitor arrivals across all modes of transport in the same period, up 3.1 percent from last year.

According to Xinhua, Beijing is working to relax its visa rules and simplify the tax-refund process to attract more visitors.

The move would follow that of the province of Hainan, which recently expanded its visa-free program to 59 countries in a bid to boost their tourist numbers.

Since May 1, tourists from countries like Russia, Britain, France, Germany and the US have been able to visit China’s southernmost island province visa-free and stay for up to 30 days on the condition that they book their tour through travel agencies.

With its tropical climes and beach resorts, the island province has become a popular destination for sun-seeking overseas tourists. MKH