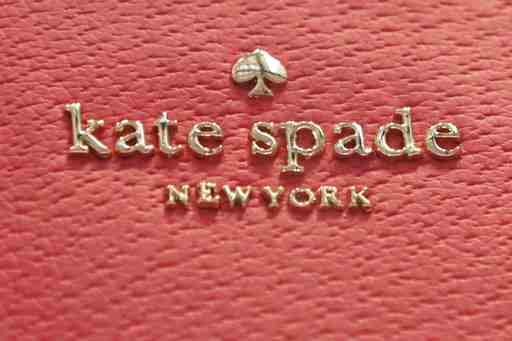 The Kate Spade logo appears on one of her handbags, in her store in New York's Soho neighborhood, Tuesday, June 5, 2018. Spade was found hanged in her apartment Tuesday in an apparent suicide, law enforcement officials said. (AP Photo/Richard Drew)

After Kate Spade’s death by apparent suicide on Tuesday, fans mourned the designer and thanked her for fashion that marked formative moments in their lives.

For some, Spade’s purses posed as protection from outside scrutiny. For others, they were an anecdote in greater love stories, a gift that represented so much more. For still others, they were a first splurge after getting a raise, or rewards for a job well done.

Celebrities weighed in, too, with former first daughters Jenna Bush Hager and Chelsea Clinton sharing their purse origin stories as tributes to the late designer.

“My grandmother gave me my first Kate Spade bag when I was in college,” Clinton tweeted. “I still have it.”

“I will never forget the first Kate Spade bag I got for Christmas in college,” Bush Hager posted.

From fitting in to standing out, here’s a look at what a single designer accessory meant to women across the country.

Writer Melanie Hauser, who writes as Melanie Benjamin, always felt a Kate Spade bag was aspirational — just out of reach.

She promised herself that if she ever had a New York Times Bestseller, she’d buy one. After she earned the accolade for “The Aviator’s Wife,” she made good on that deal.

She landed on a subtle beige tote that to her screamed “serious author.”

Today, Hauser has other Kate Spade purses that are more colorful and fun.

She said that Spade’s brand is a go-to reward for success, and the designer’s look became synonymous with strong femininity.

“She kind of puts the power in girl power, in a way,” Hauser said.

Tracy Russo is a political consultant living in Florence, Italy. But in the ’90s, she was still an American teenager with jobs at the mall and movie theater.

As she worked for minimum wage, she saved every penny for one of Kate Spade’s iconic Sam bags, which cost hundreds of dollars. It was her first big investment, and the most expensive clothing item she owned.

“I knew I would have it forever,” Russo said. “I knew it was a piece that I just loved.”

She still stores her Sam bag in her parents’ closet stateside. And as she strolled the Amalfi Coast on Tuesday, she carried another Kate Spade purse with her.

For Russo, Spade was not only a designer. She was a business owner who empowered women in the workforce.

“I think it’s about more than the fact that she’s created pretty things,” Russo said.

Cindy Pon stood alongside other 20-somethings as they waited for a glimpse at the merchandise. Back in the ’90s, it seemed that everyone who worked in the admissions office at New York University had a black Kate Spade purse — everyone except her.

For a 26-year-old California girl, New York came as a culture shock. Surrounded by hip co-workers who wore designer labels, Pon knew she needed something to make her look less out of place.

So when she heard the designer was holding a sample sale, she felt it was her time to get in on the trend.

With only $300 in cash, the graduate student followed a long line of women as they walked through a bag buffet. There were enough buyers to trail out the room.

“It was like Disneyland for Kate Spade purses,” remembered Pon.