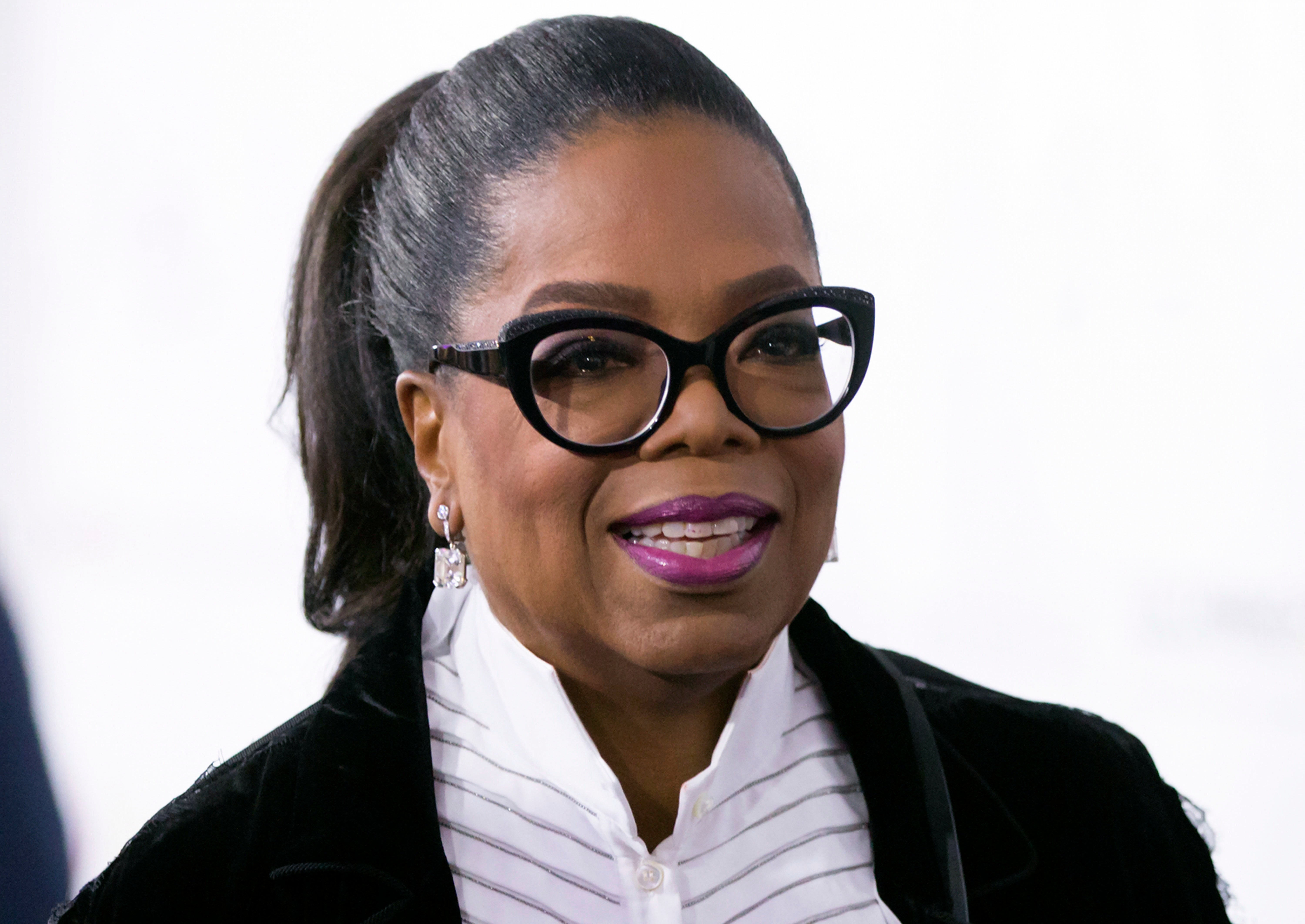 FILE - In this Oct. 21, 2017 file photo, Oprah Winfrey arrives for the David Foster Foundation 30th Anniversary Miracle Gala and Concert, in Vancouver, British Columbia. Winfrey's next book club pick is,,"The Sun Does Shine: How I Found Life and Freedom on Death Row," a memoir about a wrongful murder conviction and the long fight to win acquittal. (Darryl Dyck/The Canadian Press via AP, File)

Hinton’s memoir, “The Sun Does Shine: How I Found Life and Freedom on Death Row,” is Oprah Winfrey’s latest book club pick, a dream for virtually any writer and beyond the imagination for a man who was once confined to a 5-by-7-foot cell. Tuesday’s announcement comes three years after Hinton’s release from Jefferson County Jail in Birmingham, Alabama. He had been convicted for two 1985 murders in Birmingham, where he still lives.

Hinton, during a recent telephone interview with The Associated Press, called Winfrey’s endorsement “the second biggest surprise” of his life.

“The biggest surprise was being charged with a crime I didn’t commit.”

Published in March, Hinton’s book tells of his conviction for killing two fast-food restaurant workers during separate robberies, and his decades spent on death row. His efforts to overturn the conviction reached the U.S. Supreme Court, which in 2014 unanimously ruled he had been denied a fair trial. Hinton was freed after new ballistics tests contradicted the only evidence — an analysis of crime-scene bullets — that connected Hinton to the slayings. When he finally got out, the words he spoke to loved ones greeting him — “The sun does shine” — became his memoir’s title.

Winfrey’s book club has created dozens of best-sellers and within hours of Tuesday’s announcement “The Sun Does Shine” was No. 1 on Amazon.com, displacing the Bill Clinton-James Patterson thriller “The President is Missing.” On Monday night, it was No. 6,861.

Hinton, 61, likened himself to Job as a man who lost everything, but eventually saw his life restored. Speaking of his time in jail, he said, “Every day was hell, every night was hell, every waking moment was hell.” But upon leaving, “The sun was shining brighter than I could ever remember it shining.”

Hinton’s legal case was taken on by the Alabama-based Equal Justice Initiative and its director, Bryan Stevenson, whose 2014 book “Just Mercy” is considered essential reading about the criminal justice system. Stevenson provided the foreword to “The Sun Does Shine,” which Hinton wrote with Lara Love Hardin. Her other credits include co-writing “The Book of Forgiving” with Archbishop Desmond Tutu and Mpho Tutu.

In a promotional video released Tuesday, Winfrey noted that most of her picks over the past 20 years have been works of fiction. But she said “The Sun Does Shine” was a worthy exception.

“This story reads like an epic novel and it is all true,” Winfrey said. “You will, throughout the book, try to imagine yourself — falsely accused, and in a 5-by-7 cell for 30 years. He is a remarkable storyteller and when you read it you’ll be swept away.”

Winfrey’s interview with Hinton will air Sunday on her OWN network. Her “O” magazine will highlight “The Sun Does Shine” in its July issue. In February, Winfrey chose a novel that also focuses on a man jailed for a crime he didn’t commit, Tayari Jones’ “An American Marriage.” NVG

The gospel of Oprah