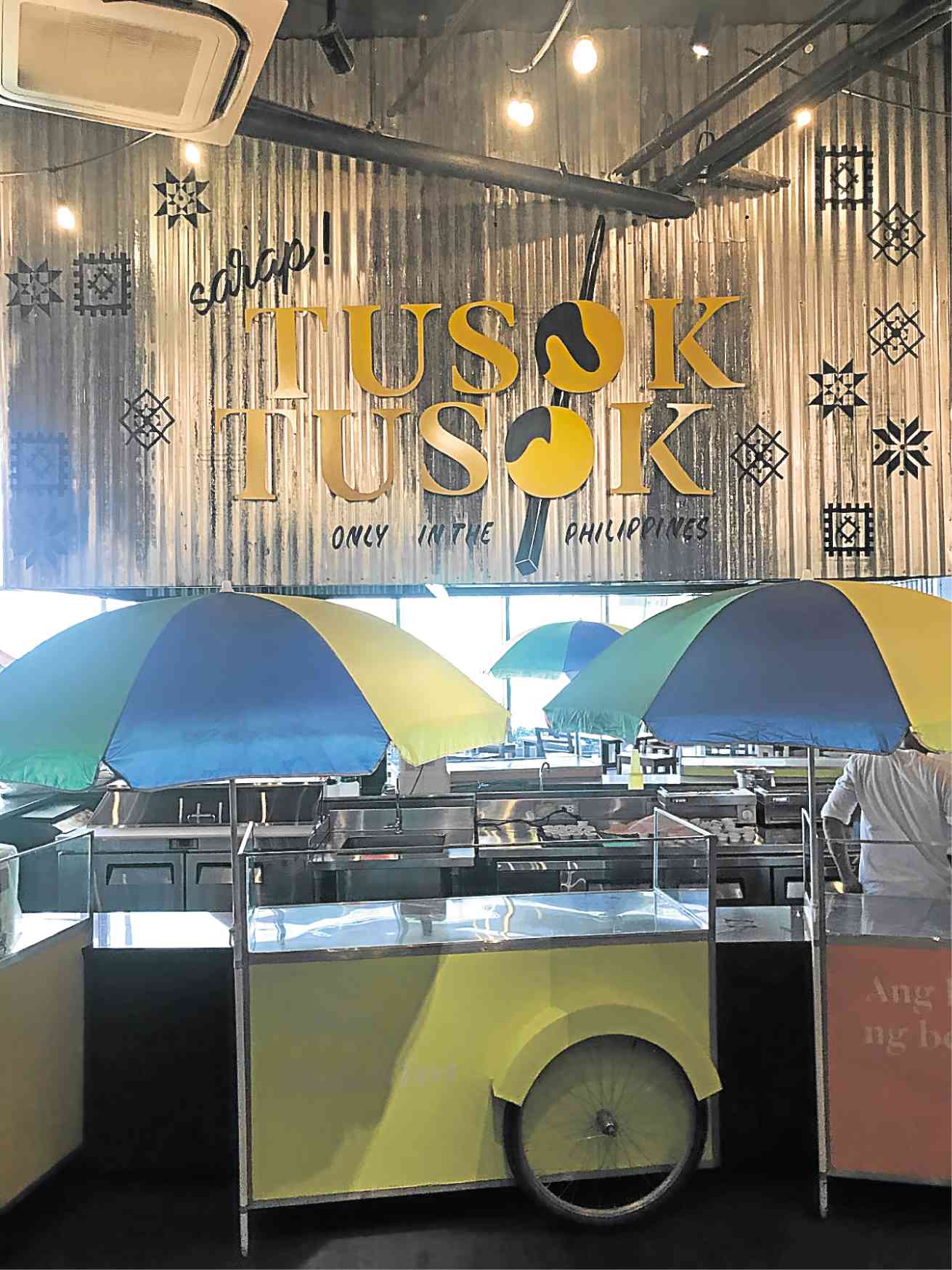 Filipino food and culture hub opens in the heart of Manila

Though it has food stations housed in a single area, don’t make the mistake of calling Islas Pinas a food hall.

“We prefer to refer to it as a ‘food and heritage village,’” says Hannah Yulo, chief investment officer of DoubleDragon Properties Corp., the company behind the notable concept that showcases the best in Filipino food, handicraft, heritage and culture.

“It encompasses cuisine and gives people a feel of our history—the influence of the Spanish, the Chinese, and, in some aspects, the Japanese and the Americans, all of which have contributed to modern-day Filipino food.”

The 2,500-square-meter space is a great representation of what the country has to offer. It’s in line with DoubleDragon’s goal to undertake projects with relevance.

The food village—given its proximity to airport terminals (the Meridian Park is five minutes away from Naia X, the expressway linking Skyway to Entertainment City and Naia) and tourist spots—makes for an ideal stopover for local and foreign visitors. However, they’re not the lone market.

“We are expecting to have 50,000 employees at DD Meridian Park complex once it becomes fully developed by 2020,” says Yulo.

“By end of year, we should already have 20,000 employees at DoubleDragon Plaza (Phase 1) alone. This would be our primary market, with employees who are working in the vicinity, as well as guests of the hotels in Entertainment City and Mall of Asia compound.”

It is a grand project. And for it to take perfect form, Yulo and her team knew they had to ask the help of the industry’s finest.

“I spoke to Lara Fernandez-Barrios about this concept about a year ago after having met her at a party. Being familiar with some of the spaces she worked on, I was impressed with the edginess of her designs and thought she would be the perfect architect for the space.

“As for food, we could not have chosen anyone better than Margarita Forés to collaborate with. We believe she is the epitome and hands-down the best ambassadress of Philippine cuisine!”

“This is the biggest food project we have done,” admits Fernandez-Barrios, who is not used to designing 10 times the size of her usual restaurant projects. It proved to be a challenge, and so did the task of curating the items on Philippine culture, geography and history that she could highlight in the space.

“We had to do a lot of research and distill a lot of information. It was a challenge to represent as much as we could from the 7,000+ islands of the country. Of course, we could not show everything, so we tried our best to have elements that would be easily recognizable and relatable.”

Islas Pinas ended up far different from its initial blueprint. The first idea was to divide the area into Luzon, Visayas, Mindanao. But after much thought and research, Fernandez-Barrios suggested that sections focus instead on the different places people would see in our regions, such as mountain, water and manmade areas that show vernacular, colonial, and urban zones.

“We wanted to show the similarities we have throughout the Philippines, rather than those that divide us into regions. We are, after all, one country.”

There are points of interest not only for their design, but also for information—the limestone cliffs from Palawan, the Banaue Rice Terraces and Paoay Church, as well as national symbols such as the Philippine brown deer, okir carvings, balangay boat and sari-sari store.

Forés, a staunch advocate of Filipino cuisine, has been waiting for a vehicle to pursue her passion. To have such a huge platform for what the country has to offer is an opportunity she just couldn’t pass up.

“My dream has always been to do Filipino food by applying best practices and using the best ingredients. And do that while catering to a wide market,” she says.

To realize her concept, she asked the help of regional chefs who know best how to prepare their province’s specialties and delicacies.

Among them were Rafael Jardeleza from Iloilo and Ige Ramos from Cavite. For Bacolod, she turned to her family and, of course, food memories of her childhood.

Bilao has familiar Pinoy snacks, from empanada, turon, pancit habhab, to bam-i, and kakanin such as biko, sapin-sapin and puto.

There will be live entertainment like folk dance as well as a shop selling local handicrafts.

Islas Pinas is a one-stop shop for a definitive sampling of the country’s culture.

And thanks to the collaborative work of the team, it tastes real good. —CONTRIBUTED