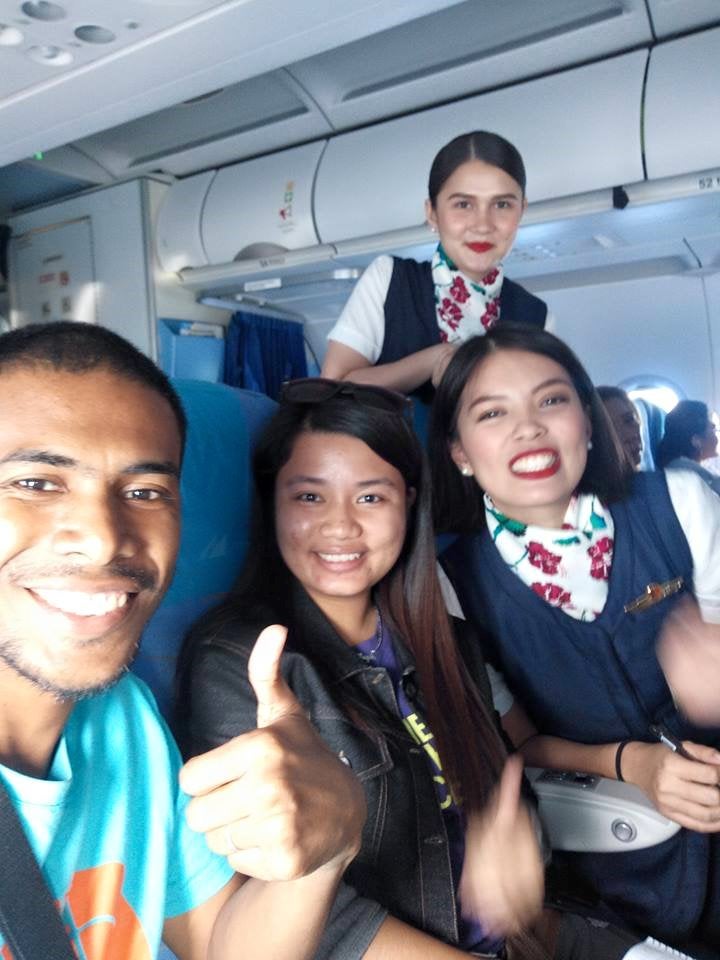 A deaf couple was pleasantly surprised when a flight attendant addressed them in sign language to ask what beverage they preferred.

Khalil Fortaleza Haj, a 28-year-old from Bacolod City was with his fiancee Maria Stephanie D. de Ocampo on a Philippine Airlines (PAL) flight to Puerto Princesa when stewardess Anita Generosa S. Ygoña spoke to them in Filipino sign language (FSL).

Haj recorded the moment in a video posted on Facebook, with both he and De Ocampo visibly happy that they were able to communicate in their own language with someone on the plane.

“Hello Deaf, do you want some water or coffee drink?” he recalled Ygoña asking, after which they conversed about how she knew sign language.

The two found out that Ygoña was a special education (SPED) teacher in a Dumaguete college and that a deaf friend had taught her sign language, Haj told INQUIRER.net.

The encounter came after facing difficulty at the Mactan International Airport. Haj said that to get there, they traveled from Bacolod to Toledo, Cebu, and then to Mactan. It was 1:22 p.m. when they reached the airport, but the staff told them they were too late for the 1:55 p.m. boarding time for AirAsia. The only available flight they found for the same afternoon was with PAL.

“We’re very thankful to PAL because there is a stewardess who knows sign language,” he said.

He says he hopes that more government agencies and companies in the private sector will provide “reasonable accommodation” to the deaf community, such as having an interpreter on hand to serve them.