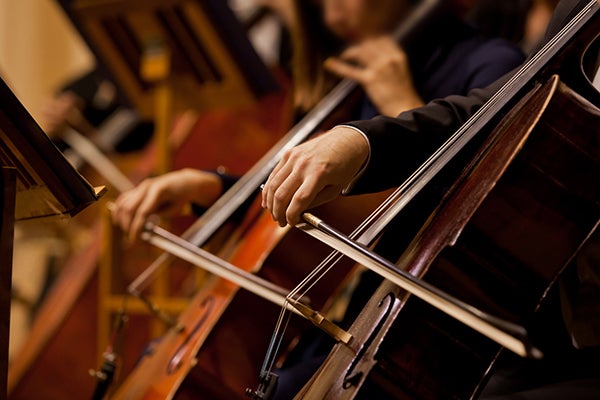 The Shanghai Symphony Orchestra will release a CD via Deutsche Grammophon next year, featuring to-be-announced works by Chinese and Russian composers. Image: IStock via AFP

Deutsche Grammophon on Thursday announced a recording contract with the Shanghai Symphony Orchestra in a first global label deal for a Chinese orchestra.

Led by China’s most celebrated conductor Long Yu, the Shanghai Symphony Orchestra will premiere on the German label next year with a CD of to-be-announced works by Chinese and Russian composers.

Yu said that the orchestra hoped to reach new international audiences through Deutsche Grammophon, one of the most prestigious classical labels.

“Shanghai’s profile as an international city, open to the world and cultural exchange, makes it the ideal place to explore fresh ideas and look at ways of bringing together the best of Chinese and Western culture,” he said in a statement.

Founded in 1879, the Shanghai Symphony is the oldest orchestra in China and has been at the forefront of the country’s soaring interest in Western classical music since the 1980s.

Yu, who was born during the upheaval of the Cultural Revolution and studied music in Germany, also leads the annual Beijing Music Festival as well as the China Philharmonic Orchestra in the capital.

While live performances form the backbone of the work of the modern orchestra, recordings are considered vital to building an international stature.

Deutsche Grammophon, often dubbed the yellow label for its iconic logo, has been a recording home for classical legends including Herbert von Karajan and Leonard Bernstein and more recently Daniel Barenboim and Gustavo Dudamel. CC