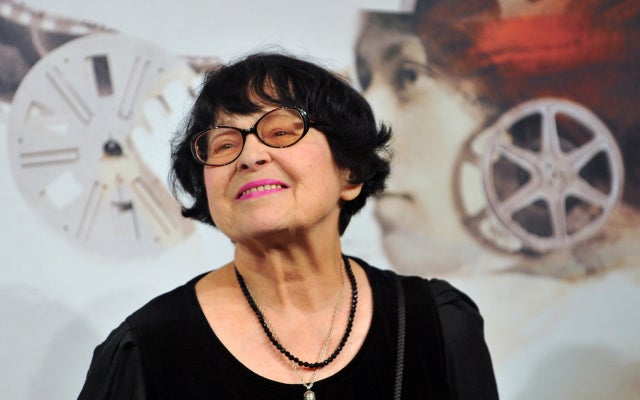 Ukrainian director Kira Muratova, one of the Russian-speaking world’s most respected filmmakers, has died at the age of 83, Ukraine’s state film agency announced on Thursday.

The award-winning director and screenwriter, who received a special jury prize at Berlin Film Festival in 1990 for her film “The Asthenic Syndrome”, died late on Wednesday in the Ukrainian city of Odessa, where she had lived and worked for many years.

“She was a very talented film director, she personified an era, her views on the world were applauded by critics,” Ukrainian President Petro Poroshenko wrote on Facebook, adding that Muratova “will remain in our hearts.”

Muratova was born on November 5, 1934 in the city of Soroca, which was then part of Romania but later became part of the Soviet republic of Moldova, in a family of active Communists.

She graduated from the renowned VGIK film school in Moscow in 1959 and went on to work with famous Soviet actors and entertainers, including Russian singer-songwriter, poet and actor Vladimir Vysotsky and theater director Oleg Tabakov.

Her films included “Brief Encounters” from 1968, which starred Vysotsky and Muratova herself, as well as 1971’s “Long Farewells”.

In 2004 Muratova released the grotesque comedy “The Tuner” starring Russian actress Renata Litvinova. The film, which tells the story of a piano tuner who seduces a rich elderly lady, won nine awards, including a Nika, the top Russian film award.

Muratova lived and worked in Odessa for a long time and considered herself Ukrainian.

In 2017 she was invited to join the Academy of Motion Picture Arts and Sciences that annually chooses the best films for the Oscars.

The Hollywood Reporter wrote that “her fame transcended the Soviet era and her works influenced a new generation of Russian and Ukrainian filmmakers.” CC

Leto speaks on Ukraine, Venezuela as he wins Oscar