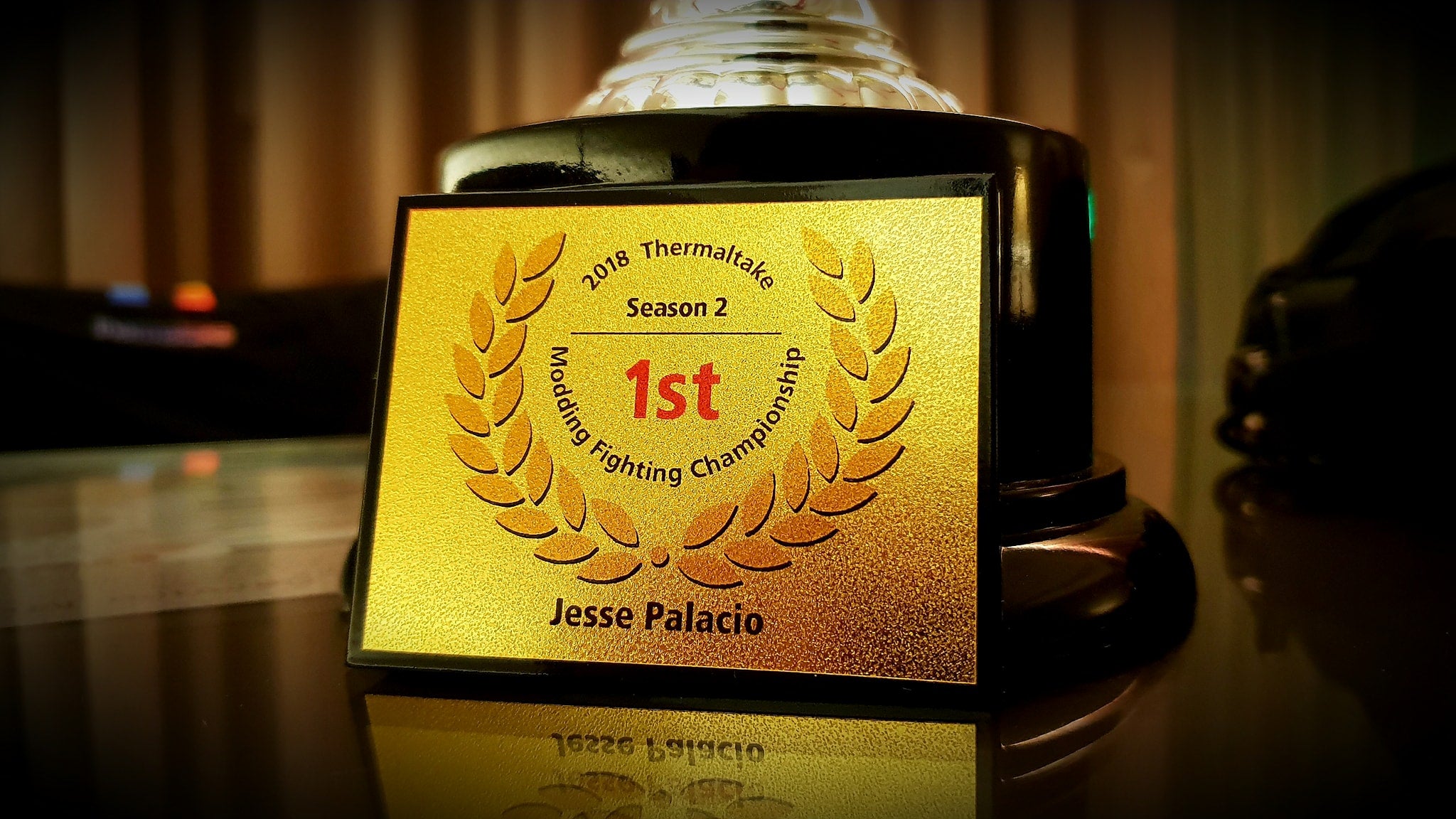 A PC case modder from Talisay City in Cebu took home the grand prize in a battle of champions for the international modding community.

Veteran case modder and father of two Jesse Palacio went up against some of the best and most creative craftsmen from Japan, Germany, Thailand, France, China and the Netherlands in the Thermaltake Modding Fighting Championship (MFC). The competition kicked off in November 2017 and ran until March 2018.

The results were announced on March 29, but the awarding ceremony was held at the annual Computex IT tradeshow in Taipei, which runs from June 5 to 9.

Palacio called his winning entry “Sentry.” With the build’s missile turret theme, it certainly lives up to its name as something that can double as a security system.

The second and third places were taken up by contestants from Thailand. Suchao Prophong, who took second place, transformed the Core P90 into a futuristic attack aircraft. Third placer Siwasak Sirisomboon, on the other hand, reshaped the PC casing into what appears to be a computer from the future.

Palacio considered the Thai contestants as the strongest competitors in the running. This made his win all the more sweeter. In general he looks up to Thai modders as some of the best in the community and has high respect for their outlandish creativity.

“Their level of artistry is just on a different level. They come up with ideas and builds that most people would never think about,” Palacio told INQUIRER.net.

Palacio started case modding in 2000 when he discovered he couldn’t keep up with the expenses of constantly upgrading his computer hardware. So instead, he thought of making his current PC more aesthetically pleasing.

He then discovered a huge international community dedicated to customizing PC casings. He learned modding techniques from forums and fellow modders.

Later he discovered a similarly large local community of modders in the Philippines. His first public showcasing was in 2013.

At some point, local modders thought he was a foreigner living in the United States because he didn’t speak Tagalog or Bisaya in the forums. He spent part of his childhood growing up with his grandmother in Los Angeles, the reason why he speaks fluent English.

Fast forward to the present and Palacio proudly holds several trophies from both international and local competitions. He also regularly gets commission from tech companies. Some of his builds have even appeared in the annual Consumer Electronics Show in Las Vegas. However, he himself has not been to the event, but hopes that one day he will walk in the famed halls and ogle at all the new gadgets being showcased.

Meanwhile, it’s not all fame and glory for the champ because Palacio still has to deal with shipping his builds in and out of the country. Due to the components used in custom PC cases being often of high quality, the cost of declaring them also becomes expensive. Although Palacio gets support from sponsors, he still has to foot some of the bills like local taxes and other duties.

Palacio hopes that PC case modding will get wider recognition locally. In a way, he finds it a bit of a waste that he’s representing the Philippines, but only a few of his countrymen appreciate the prestige he brings to the country. Perhaps he could even get some discounts from Customs when participating in international competitions.

Nonetheless, Palacio remains determined to keep doing his hobby just for the love of it. For that matter, he maintains his own website JPModified and a YouTube channel to showcase his builds.

When asked about tips for aspiring case modders he said, “The only prerequisite is passion.. that’s all you need. Create.. share.. repeat.”

He continued, “You dont need to be good or amazing because as humans.. we naturally get better–no matter what it is we get ourselves into. No matter how good you think you did on a build today.. a few years later you will think it’s sh*t.. because you know why? You have already become better.”  /ra

Owner of $85M apartment offers trip to space with purchase